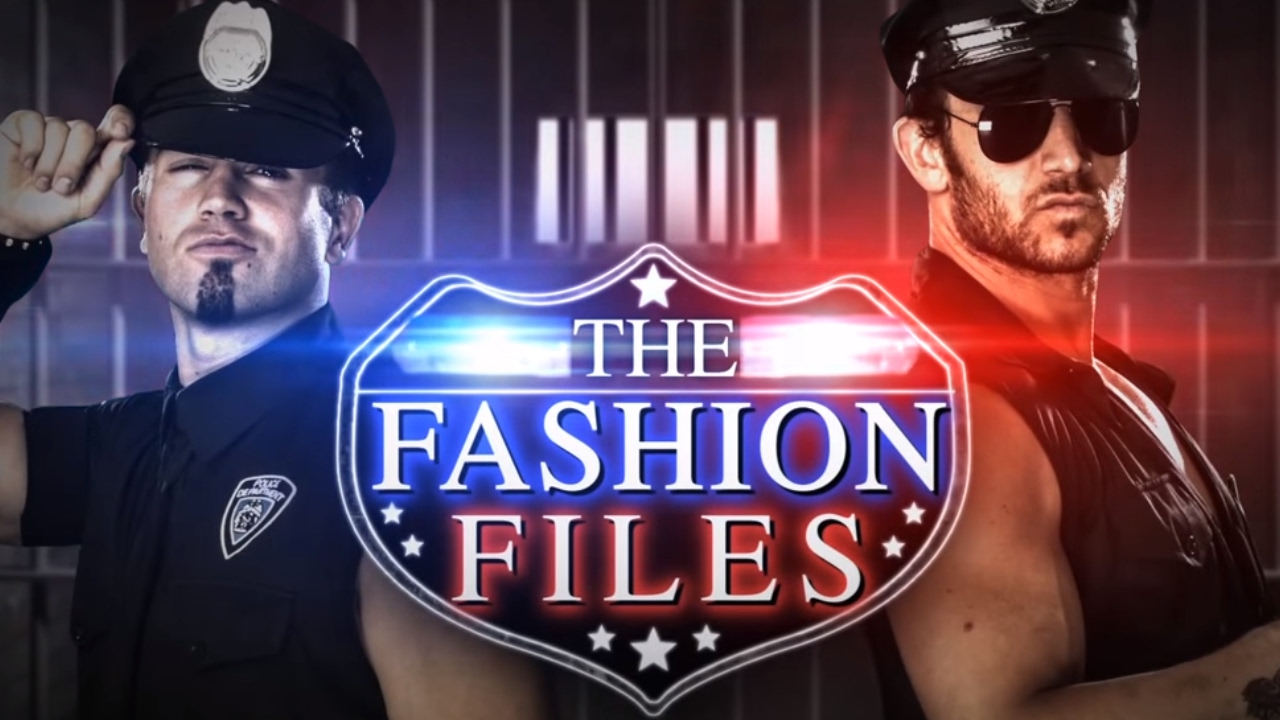 After last year’s bland edition, it’s great to have two Hell in a Cell matches that are deserving of the stipulation.

It’s been a complaint of WWE fans since the introduction of the Hell in a Cell specific PPV that every year, uninspired feuds are allowed to partake in the Cell when frankly, they don’t deserve to. Maybe it’s just years of watching WWE television, but I’ve always been of the belief that Hell in a Cell is reserved for the bloodiest of feuds, only to be used when deserving. Building a HIAC specific pay-per-view has removed a lot of the mystique of the cell – I mean, you don’t have to look much farther than last year’s Rollins/Owens battle to see that some matches just don’t belong. In this year’s edition, however, both the KO/McMahon and the Usos/New Day feuds feel fully worthy of the Cell stipulation.

It’s just too bad that the rest of the card is so thoroughly average.

We enter another PPV with Jinder Mahal as the WWE champion, Baron Corbin with a championship opportunity, and a card filled with great wrestlers, but terrible feuds. For the first time in my life, I’m not excited to watch a Shinsuke Nakamura match – that should be severely troubling to Vincent McMahon.

Of course it’s not.

Overall, we’ve got 8 matches tonight, and most importantly the return of the Fashion Files so all can’t be bad!

While it may be on the pre-show, I’m very happy with how Chad Gable has been handled since his former American Alpha tag team partner was revealed to be Kurt Angle’s illegitimate son. Rather than have him work a goofy gimmick – again, like his former tag team partner – they’ve simply let him do what he’s great at, and that’s certainly wrestling. Whoever is the genius who paired him with Shelton Benjamin deserves a promotion or celebratory dinner in his name. They’ve already been fun to watch, and we’ve only just begun!

The Hype Bros, however, have been experiencing turmoil since Zack Ryder’s return a few months ago. Make no mistake, something is coming with these two, and it could be as early as tonight. Whether a heel turn by the duo, or one turning on the other, the only way it will happen is through a loss.

I also think that they’re starting to build Gable/Benjamin as the next top contenders, and that all starts with a win in their PPV debut.

Half of this feud is great, and it certainly isn’t Randy Orton.

Rusev – along with his recent compatriot Aidan English – have been highlights of my last two weeks of Smackdown. I mean, I don’t know about you, but I’m ready to make “Rusev Day” my ringtone.

BASK IN THE GLORY OF RUSEV DAY, PEASANTS

Seriously, people talk about Bray Wyatt being misused (and he is), but Rusev is certainly a contender for the most mishandled WWE roster member at this point in history. He’s terrific in the ring and easily one of the more charismatic members of the roster; how WWE can justify his booking since returning from injury astounds me. He’s lost to Cena – again – and somehow WWE felt it was best to have him lose at SummerSlam in nine seconds. I complain semi-often about the booking for WWE, but I think this may be the first time I’ve felt a head writer should be fired – looking at you, Road Dogg!

To the contrary, Randy Orton is about as interesting as a bowl of tapioca. If you’d like to read a prediction that speaks at length about Orton, you’re in the wrong place.

To me, I’m all-in on the Bulgarian Brute – any match that gives me a new holiday is fine by me!

The only hope I have for this match is Dolph Ziggler enters to Roode’s music.

There’s truly not much to say about this match; since Baron Corbin’s joined the main roster over a year ago, Ziggler has taken on every major NXT call-up and lost. Corbin, Nakamura, and now, the Glorious Bobby Roode!

I’ll be shocked if Roode loses this match.

Thankfully, neither of the women in the Smackdown Women’s Championship match features glowing as their gimmick.

After a title reign that saw Naomi lose pretty well every match that didn’t take place against Lana, it’s nice to have two outstanding wrestlers fighting for a championship again. Say what you will, but I’ve never been a fan of Naomi’s in-ring work; the fact that her (former) finisher involved her hitting people in the face with her ass, I’m not impressed.

Watch as many times as you need, it’s still terrible.

The best part? I can’t remember a bad match between the two, save for the stupid “Screwjob” callback they did when Bret Hart made a ringside appearance. At the very least, this should be a fun match, and could potentially tear the house down

As far as this match goes, I think they’ll go with the feel-good moment and have Charlotte win…but will she hold onto the championship?

Here’s the thing about this match – one wrestler is outstanding, and one isn’t.

There’s not much to say about AJ Styles since his WWE debut, other than that he’s likely been the most consistently entertaining wrestler on the roster. Not only has he grown leaps and bounds on the mic, but Styles may be the best wrestler in the world not currently wrestling in New Japan.

There’s no argument to be made to the contrary.

Meanwhile, I literally can’t think of a Baron Corbin singles match that I’ve enjoyed. He seems bored on the mic, bored in the ring, and frankly I don’t believe he should be as high-up on the card as he is. After their few matches, I would much, much rather have seen Tye Dillinger in Corbin’s spot facing Styles tonight, but so it goes.

For this match, I can’t see them taking the title off Styles for someone like Corbin, nor do I see them taking it off him unless he’s immediately moving into championship contention. Besides, I want more of the Open Challenge!

I can’t believe that I’m writing another g****mn article with Jinder Mahal holding a championship, but this is the world we live in today.

As a wrestling fan, this is what I’m most embarrassed by today; not the fact that Mahal is champion (although that’s bad enough), but that they’ve absolutely trashed both his personal reputation onscreen as well as the reputation of Smackdown’s top title. Honestly, I know that money is the only thing that matter to Vincent Kennedy McMahon, but how he can watch the product he’s currently showing on Tuesday night’s and not cringe astounds me.

Jinder Mahal and the WWE creative brass are the single most embarrassing part of being a WWE fan at this moment in history.

As Bret Hart would say, “he’s the shits”.

Wanna know how terrible his title reign has been? It’s hard for me to watch Shinsuke Nakamura, which should genuinely disturb the top brass at WWE Headquarters.

WWE, I don’t care how you do it; take the title off Jinder Mahal. I don’t care if it comes down to Santino Marella winning a women’s battle royal to do it – just do it.

As for this match, I don’t even care that I likely think I’m wrong. Whatever it takes to separate the names “Jinder Mahal” from “WWE Championship”, I’ll take it.

Smackdown Tag Team Championship Match – The New Day© vs. The Usos inside Hell in a Cell

It’s going to be hard to watch this feud end, but man has it been a time.

A feud like this one really, really makes you appreciate a high-quality wrestling program. From front to back, both squads have put forth some of the best work of their careers. If you’ve read my blog before, you know that I’ve had complaints about the Usos in the past, but it’s hard to discount not only their fantastic in-ring performances, but have shifted gears as characters wonderfully. Since their heel turn nearly a year ago, they’ve been a revelation to watch and may be my Tag Team MVP’s this year.

On a similar note, I’m the first to tell you that I was wrong in my assessment of the New Day since I’ve started writing for this website. Frankly, I would have told you at most points in the last few months that I felt the best thing the New Day could do is breakup; after the success of Seth Rollins turn on the Shield, I’m a firm believer that a team should be broken up at the height of their powers. With the New Day, they’ve somehow hit their prime, left their prime, and returned to their prime. They’ve somehow un-jumped the shark, and are putting on some of the best performances of their careers.

It’s going to be tough to see a Feud of the Year candidate end, but such is life. As far as tonight’s action goes? Call it a gut instinct, but given that the Cell is as close to an Uso Penitentiary as can be within the confines of WWE (and don’t even TRY and tell me that the Punjabi Prison counts), and that I’ve always felt more development can be done with heel champions, tonight marks Day One(ish) of the Usos fifth title reign.

Kevin Owens vs. Shane McMahon inside Hell in a Cell (Falls Count Anywhere)

It seems like a long, long time since we’ve been treated to a completely sadistic Kevin Owens, but here we are. For arguably the first time since his WWE debut, Owens looks absolutely deranged, and boy is that great for wrestling fans. When KO can act as KO wants, everyone benefits.

Well, in this case, everyone but Shane O’Mac

Although to be totally honest, it’s rare that he does anything to benefit him.

Like McMahon’s last feud, this one has delivered far, far more than I could have expected it to. While not a young man anymore – by my count, McMahon could likely argue with someone that he deserves a senior’s discount and win – Mr. O’Mac continues to show the same regard for his body he did in his younger days; absolutely none.

It’s that thorough disregard for his physical health that should make this a barnburner of a match, however.

Frankly, McMahon’s match with AJ Styles at WrestleMania changed my long-held opinion that he couldn’t wrestle; while Styles may have been the largest contributor to their great match at the Show of Shows, it put a lot of faith in me that Shane can be carried to a solid-to-terrific bout. Even if this thing doesn’t make it out of the ring – which, spoiler alert, the Falls Count Anywhere stipulation kind of destroys – it should be a great main event for those watching on Sunday.

Doesn’t mean that Shane will live through it, but hey! Wrestling!

That’s it, that’s all! Feel free to critique or yell at me @SpennyLove or at @WCSportsCA! 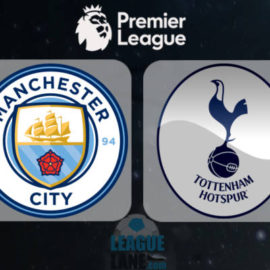