We are mere hours away from Super Bowl LI, or 51, or whatever they’re calling it now. We could see a historic win Sunday night (not from the Atlanta Falcons, who could be champs for the 1st time) as the Patriots go for title #5, and Brady looks to be the GOAT.

That would be 5 titles in the last 16 years. Incredible! Amazingly though, they may be not be the best sports franchise in recent memory. I present the counter point, the San Antonio Spurs. Both have been referred to several times as the top organisation in their respective leagues. The question is how do you break down which franchise has been better? (Please note: I am referring to North American sports, so if you’re going to reference some Euro soccer stat, I’m sure there’s another blog out there to go read. ‘Murica!!!!)

Let’s look at a few key factors to break this down since 1999:

PATRIOTS - Brady is not only in, but he has an inside track to be the greatest. He has done it without any obvious HOF help over several years. The only others I can consider are:

SPURS - Tim Duncan is arguably the best power forward ever (though you could argue he was a center for a good portion of his career). The Big Fundamental is a consensus Top 10 all-timer. 2 others are locks, mainly for their non-Amercican status (the Basketball Hall of Fame loves the Internationals):

EDGE: Patriots - football careers are harder to maintain over time. Brady has done more with less.

PATRIOTS - Bill Belichick was the coach of the Browns at one point! Oh Art Modell, you missed out (even with your 2 titles in Baltimore). Is there any other coach you’d want if you were starting an NFL franchise?

EDGE - tie; both are looked at as the top in their profession. Great is great.

Top Level That Each Franchise Attained

PATRIOTS - (2007) The top level, ironically, was not a championship season. The 16-0 (18-1) season was the Pats at their finest. No one was coming close to them. They really should have won against the Giants, but were distracted by Strahan’s massive tooth gap. You can’t unsee that.

SPURS - (2014) The 5 game Finals Massacre of Miami’s Big 3. I’ve never seen a basketball team shoot the ball so well and decimate the will of the opponent. That stretch of games would have defeated EVERY OTHER TEAM in the history of the league (yes, even Michael).

EDGE - Spurs; they got the job done

SPURS… barely. Their level of consistency is just that much higher. The kicker, they are a small market team (bonus points!).

Of course, I may feel differently come Monday morning. 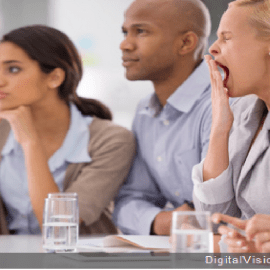