Offside seems like a simple idea. If a player crosses the opposing team’s blue line before the puck, said player is offside. After the Oilers lost a 2-1 decision on a controversial offside call by the ref’s, is it time for the NHL to take another stab at the rule and make it black and white. Or, scrap offsides altogether.

The position of the player’s skates and not that of his stick shall be the determining factor in all instances in deciding an off-side. A player is off-side when both skates are completely over the leading edge of the blue line involved in the play.

A player is on-side when either of his skates are in contact with, or on his own side of the line, at the instant the puck completely crosses the leading edge of the blue line regardless of the position of his stick.

However, a player actually controlling the puck who shall cross the line ahead of the puck shall not be considered “off-side,” provided he had possession and control of the puck prior to his skates crossing the blue line.

It should be noted that while the position of the player’s skates is what determines whether a player is “off-side,” nevertheless the question of an “off-side” never arises until the puck has completely crossed the leading edge of the blue line at which time the decision is to be made.

If a player legally carries or passes the puck back into his own defending zone while a player of the opposing team is in such defending zone, the off-side shall be ignored and play permitted to continue.

AN ATTEMPT TO UNDERSTAND

Now, for me, just reading this rule gave me a headache. The wording is used “It should be noted that while the position of the player’s skates is what determines whether a player is “offside…” states they judge this on the player’s positioning. Then the wording of ” A player is on-side when either of his skates are in contact with or on his own side of the line, at the instant the puck completely crosses the leading edge of the blue line regardless of the position of his stick” states they judge this on contact.  So NHL what is it? The position or the contact? “A player is off-side when both skates are completely over the leading edge of the blue line involved in the play.” This doesn’t state either, so this could be used in the form of the player’s position or the contact of the skate with the ice. It just states then both skates are over which should make it more clear.

From my reading, it is even grey in the NHL rule book. The referee’s who have to enforce this rule can argue either way. For one, if the position of the skates are the determining factor for all offsides then last nights call was onside. If the contact of the players skates are the deciding factor, then yes the referees made the correct call. This is a huge issue when boiling this down to a simple rule. Imagine a goal in the playoffs being allowed when actually offside or disallowed and actually being onside.

Here is one from last season during the playoffs leading to a no goal. After reading the rule book, the leading skate is in the offensive zone, while also maintaing contact in the nuetral zone with the right foot. “A player is off-side when both skates are completely over the leading edge of the blue line involved in the play.” this was nulled and a no goal call was the end result, which… was wrong and once again blurring the rule.

Here is last night’s goal - no goal. Khaira’s back skate is in the nuetral zone but not in contact with the ice by, like McDavid said “an arm hair”. This would seem to be the correct call. Seeing as Khaira’s skate does look like it is no longer in conact by a literally fraction of a second. Except for “It should be noted that while the position of the player’s skates is what determines whether a player is “off-side” and the postion of his skate is behind the blue line. The word’s position and contact have two different descriptions of relative placement in the dictionary.

Mmmmmmm, what? If you remember this, this took place on Feburary 26th 2017 in Nashville of all places. You see that jump? You see how Ardvisson clearly has 0, none, not a arm hair of a skate being on the ice when the puck crosses the line, but his postion, with one skate over and the other on the line. This was an allowed goal. Need I say more.

So if Khaira’s  one skate scratched a goal with being just off the ice behind the line clearly, yet this is allowed with Arvidsson not making any contact and having one over and one on the line, what gives?

CLEAN IT UP NHL

My point is this. Last night was, unfortunately, the right call (by a mili-second in my eyes). The correct way of calling offside should be the positioning. Positioning is what is used for offside rule book callings when entering the zone. Doing this would make this rule a heck of a lot easier on the ref’s; instead of having to look at a half inch piece of metal touching the ice and having eyes of an eagle, make it clear so you can visibly see a player being onside or offside. When a player enters the zone completely with both skates - whether by contact or positioning - before the puck crosses the blue line, the player is offside.

Connor McDavid brought up an interesting tidbit in his post-game interview last night. Get rid of it. Let’s say this, if the blue line didn’t matter for entry and offsides weren’t a thing, what would happen? Before you scream anarchy, think about this - in a league looking for more scoring , there is a potential boost. If you are worried about a player sitting in the opposing zone, don’t be. If said player is camping out in the other end that’s a 5v4 situation for a little bit - although Edmonton might not want this situation, as their P.K is the stuff of nightmares this season. No more wasted time on offside challenges. Did we mention more scoring?

Frankly, this would open up the ice quite a bit in my unofficial official opinion. Maybe McDavid has a point? 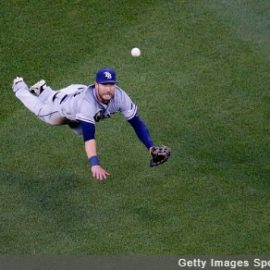 Possibly The Most Accurate AL EAST Predictions Ever! 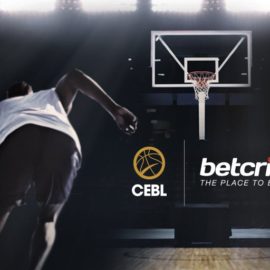 BREAKING: McLellan Out, Hitchcock In as Oilers Make Coaching Change