Hockey is a sport that is extremely difficult to predict, due to sheer amount of variables that aren’t often accounted for. Even if I were to crunch numbers on a daily basis and read up on every single developing story around the NHL, there’s still a high probability that my predictions will fall through. With most NHL squads already reaching the half way mark of the 2017/2018 season there has been plenty of surprises; some have come out of nowhere with no rhyme or reason. With that being said, these surprises will surely make for an interesting second half of the NHL season. I will be making individual and team-based predictions based off the results and outcomes from the first half of the season. Unfortunately, I’m not armed with a crystal ball or any significant inside information so be prepared for predictions that range anywhere between reasonable to downright ridiculous.

Nikita Kucherov’s individual skill is amongst the best in the NHL, which should come to no surprise. Kucherov will be one of two players - the other being Ovechkin - to score more than 50 goals, giving him his first Maurice Richard Trophy. Ask me to put a number on it, and I’d go with 56. Kucherov currently has 27 goals in 43 games, tied for first in the league with the aforementioned Ovechkin. On top of the Maurice Richard Trophy, I’m predicting Kucherov will also win the Art Ross Trophy by a significant margin, and will also be a finalist for the Hart Memorial Trophy. Lastly, I believe that Kucherov will finish the 2017/2018 season with more than 115 points. 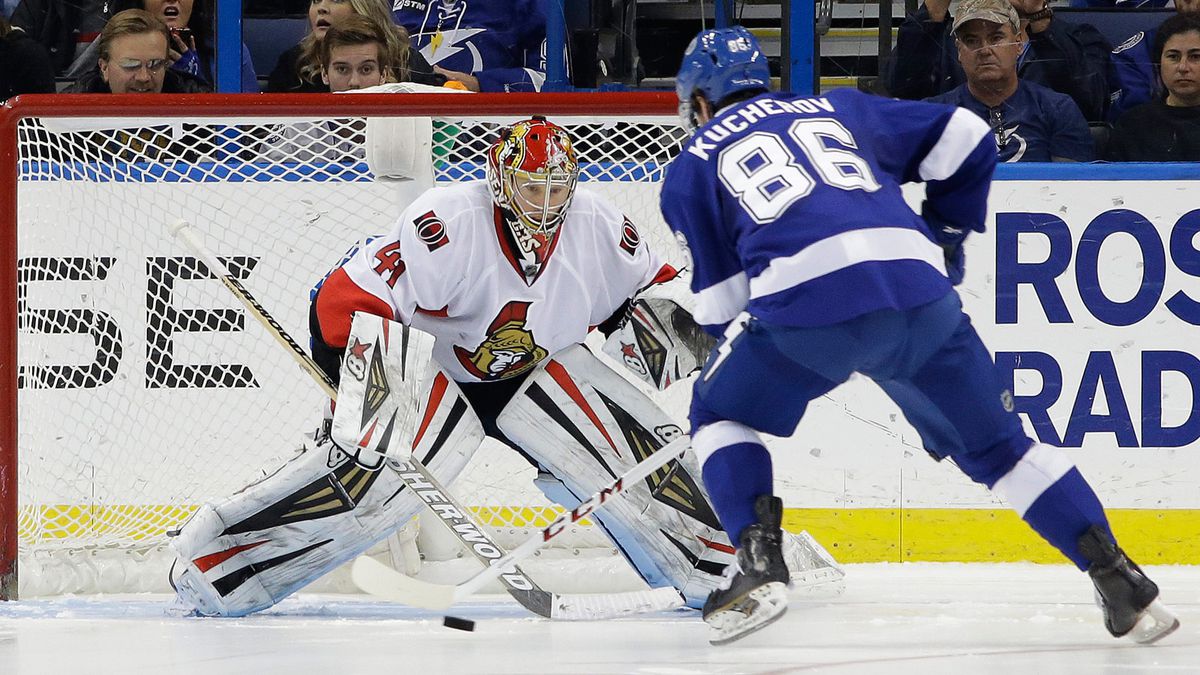 During the first half of the 2017/2018 season my Calder Memorial Trophy favorite changed a number of times. Going forward, I’m sticking to my guns and penciling in Brock Boeser to take home the hardware at the end of the season. Boeser currently has 40 points (22 G, 18 A) in 40 games. There is no chance that Boeser can sustain this production, it’s hard to see him breaking 80 points before the 2017/2018 season comes to a close.

Predicting the winners of the Vezina and William M. Jennings Trophy is likely one of the harder predictions I’ve ever done. There are plenty of potential candidates and far too many unknowns going forward (injuries, trades, etc). However, I believe Tuuka Rask will win the William M. Jennings Trophy. Rask currently sports a 2.23 GAA and a .920 Sv% as well as a 14-8-4 record. Brayden Holtby will win his second Vezina trophy this season. Holtby currently holds a 24-8-0 record with a 2.68 GAA and a .917 Sv%.

I personally believe Jaromir Jagr’s NHL career is quickly coming to a close at the age of 45. At the end of the 2017/2018 season, Jagr, along with Joe Thorton and Zdeno Chara will be announcing their retirement, with Thorton being the youngest of three at the age of 38. I can see Jumbo Joe pursuing another season if the San Jose Sharks make a prominent playoff push, but it doesn’t seem likely at this point in time.

Although these are completely circumstantial, Erik Karlsson and Evander Kane will be traded to teams in the Western Conference. If I had to get specific, I would say within the Pacific Division; Evander Kane to the Kings, and Erik Karlsson to the Oilers.

The Tampa Bay Lightning will win the Presidents’ Trophy with a record of 56-17-7 and 126 points; that total will put the Lightning 6 points shy of breaking the single season record of 132 points set by the 76-77 Montreal Canadiens. The Vegas Golden Knights will go on to post the best home record of the 2017/2018 with a record of 32-6-3. The Arizona Coyotes will continue to sit last in the NHL and will finish the season with less than 40 points, but won’t win the draft lottery.

The Washington Capitals will maintain the top spot in the Metropolitan with a 52-22-8 record, with second and third being held by the Columbus Blue Jackets and Pittsburgh Penguins, respectively. 5 of the 8 teams in the Metropolitan Division will finish the season with more than 100 points. The standings in the Atlantic Division won’t see any change within the top 3; Tampa Bay will win the Atlantic, the Boston Bruins will finish 2nd and the Toronto Maple Leafs will finish 3rd. The New Jersey Devils and the Philadelphia Flyers will claim the Eastern Conference Wild Card spots.

I won’t include a Playoff Prediction portion as I plan on attending to that once the regular season concludes and the dust settles. I will also be reviewing my predictions within this article around the same time. I’m always open for discussion, whether it’s taking criticism or talking hockey. I can be contacted via Reddit (Nagroid), or Twitter (WCS_BFerg).

Quarterly Fantasy Hockey Snapshot: The Good, The Bad, and The Ugly

CEBL Inaugural Draft - Who Did The Stingers Get?