With the dust of the weekend finally settling, Rexall Place has officially discontinued operations as of Monday (December 18th, 2017). As of right now the future of Rexall Place is unknown. It doesn’t seem too farfetched to assume that most Edmontonians took in some form of entertainment at Rexall. Whether you knew this iconic building as Rexall Place, Northlands Coliseum, Edmonton Coliseum, or the Skyreach Centre, there’s one guarantee; long lasting memories were made. With that being said: Rexall Place, we bid you farewell.

The Edmonton Oilers were, and always will be, the pinnacle of Rexall Place. Rexall saw 7 Stanley Cup Final series’ and countless playoff series’. The most memorable, yet heartbreaking Stanley Cup Final series was the Finals against Carolina in the 2006/2007 campaign. Rexall was home to many NHL greats like Gretzky, Fuhr, Anderson, Kurri, Messier - the list goes on and on. We as Oiler fans witnessed Connor McDavid’s entrance into the NHL in Rexall Place as well as many other top draft picks. It was home to the NHL’s most passionate and loudest fans; Oilers hockey in Rexall made for some incredibly memorable events. From watching the oil derrick drop from the roof, Joey Moss passionately belting out the National Anthem, unbelievable goals and saves, and even seeing numerous Oiler jerseys being thrown onto the ice. It’s sad to come to terms knowing that hockey will be no more in Rexall Place. As a kid, I had an opportunity to play a minor league hockey game at the then-Skyreach Centre; It’s something that I will never forget. I would do just about anything to watch another Oilers game with a Rexall beer in hand.

Rexall Place and the Edmonton Oilers go hand in hand, but it wasn’t only limited to NHL Hockey; it was also called home by the Edmonton Oil Kings and the iconic teddy-bear toss. Rexall Place was home to the Edmonton Rush from 2009 to 2015, and even though the Edmonton Rush games didn’t pull the crowds the Oiler games did, they were pure non-stop entertainment for any demographic. If you didn’t have a chance to catch a NLL game at Rexall, I highly recommend you try to watch one, either in person, or on television; You won’t be disappointed. Believe it or not, Rexall hosted a WWE PPV (Backlash) event in 2004, which is a rarity for Canadian cities as most WWE events that are put on in Canada aren’t major shows - a let down for Canadian WWE fans. Rexall also hosted numerous curling championships, including the Brier and the Ford World’s Men’s Curling. On two separate occasions, Rexall was one of the homes of the IIHF World Junior Ice Hockey Championship. It also hosted events such as a CHL top prospect game, Toronto Raptors preseason games, Davis Cup matches, and a NHL Entry Draft. The CFR was also a mainstay at Rexall Place, and has a deep history in Edmonton. There’s a good chance that many Edmontonian concrete cowboys/cowgirls took in this year’s CFR as it’s future in Edmonton is currently unknown.

As mentioned before, Rexall Place housed a wide variety of events that include the likes of Monster Jam, multiple Stanley Cup Finals, and everything in between. No matter your demographic or interests, there’s a good chance Rexall Place satisfied your entertainment based appetite. Northlands has seen some big-time acts come and go throughout it’s existence despite being only 1 of 3 arenas that has a capacity less than 17,000. Artists such as Metallica, ABBA, Corb Lund, Coldplay, Nickelback, and Florida Georgia Line are examples from a long list of musical artists that have graced the inside of Rexall Place with their performances. Musicians aren’t the only non-sport orientated performers who have made stops at Rexall Place. Comedians such as Dane Cook, Russel Peters, and Kevin Hart have also put on performances at Rexall Place.

Rexall Place may or may not be missed, but it’s a historic landmark of Edmonton. The upgrade to Rogers Place may have been long overdue in the eyes of most; however, the memories made in the arena formerly known as Rexall will live on forever regardless if it happens to be destroyed. It was the destination of many firsts for many: first hockey game, first rodeo, first concert, and so on. Those first experiences are often never forgotten, and for that I say thank you Rexall Place. Thank you for the tears, thank you for the laughs, and thank you for all the memorable nights. Rexall Place may have been outdated, run-down, and dirty, but Rexall still showed us it had life. Good bye Rexall, you will be dearly missed, farewell my dear friend. 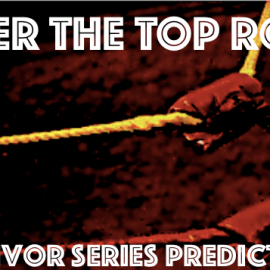 Let’s Talk About a Puljujärvi for Burakovsky Trade