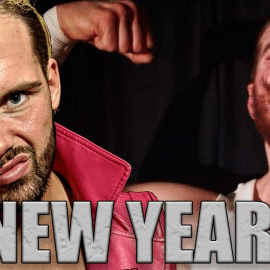 RADWAY, AB: There simply has to be something in the water in Radway, Alberta; otherwise, how else could you explain the abundance of dream matches that seem to take place there?

Once again, Radway will play host to one of the most anticipated matchups on the Albertan independent scene, as on Saturday, January 24, Michael Richard Blais will meet with one of Canada’s most despised villains, “Nasty” Nate Nixon.

The matchup marks the first time the two have faced off inside the squared circle.

However, despite the fact that Blais and Nixon have never met inside the wrestling ring, the two truly mark the perfect foils for each other. There’s likely no one in Alberta more popular than Blais; conversely, Nixon is one of the most easy-to-despise individuals in perhaps all of Canada. That’s not simply because of his brash attitude or extreme confidence, however, but because of his ability to get it done in the ring. Nasty Nate is a multi-time champion in his current promotion, picking up victories over nearly every major name in the company.

There’s simply no denying that Blais marks his toughest test yet, though; there’s little doubt that MRB is one of the top professional wrestlers country-wide, taking on the likes of Hideo Itami, Samoa Joe and Christopher Daniels across his time in Alberta. Simply put, Blais vs. Nixon is a can’t-miss matchup for those who have the opportunity to attend.

Tickets for the January 24th New Year’s Rampage event in Radway are available through RCW’s social media channels or on the promotion’s Showpass page.