Between WinColumn Sports President Spencer Love and I, it is difficult to say who had the better weekend. I went jetskiing. Spencer met C.M. Punk.

A pivotal week(end) for sports entertainment. PAC (fka Neville, fka PAC) was released from his WWE contract. One of the largest independent shows in history, All In, took place. Kevin Owens quit Monday Night RAW.  Perhaps most importantly, the Bella Twins returned to WWE programming. However, so much more awaits us. Let’s take a look at tonight’s edition of Monday Night RAW!

Kevin Owens’ apparent departure from the RAW Brand raises a number of questions. Months of humiliation at the hands of Braun Strowman, the untimely injury of best friend Sami Zayn, and horizontal progression for the Prizefighter (understandably) left him frustrated, leading to his quitting. However, his issues with SmackDown Live! Commissioner Shane McMahon disqualified him from returning to the Blue Brand. What’s next for Owens? Maybe a brief return to NXT? Some time off? Tune in tonight for a clearer picture.

While Owens is on his way out, the Bella Twins are on their way back in. Nikki and Brie have been away from the main roster for a while - Nikki has been dealing with her breakup from John Cena, while Brie is a mother I suppose? Can’t find a non-awkward way to phrase that. Anyhow, the Bellas return tonight for a tag match against the Riott Squad. Who they face from the trio remains to be seen, but with the numbers advantage on the side of the Antifa Squad, maybe the Bellas need some backup of their own.

RAW Tag Team Champions The B-Team have their work cut out for them this evening. A loss to The Revival last week has put them in a title match with Dash & Dawson, who have taken it to the champions in convincing fashion for the past three weeks. My fingers are crossed for a Revival win.

Intercontinental Champion Seth Rollins has had a great month. However, an upcoming match pitting himself, Dean Ambrose, and Universal Champion Roman Reigns against The Show & Strowman has his work cut out for himself and his SHIELD brothers. As for tonight… well, only one way to find out.

RAW Women’s Champion Ronda Rousey seems able to be slotted in anywhere. Tonight, my money in on her assisting the Bella Twins in their match against the Riott Squad. As noted, these two teams will be going at each other at Evolution, so this serves as a nice little warm-up.

As previously noted, Universal Champion Roman Reigns had his body hurt and his heart broken last week. A stunning betrayal at the hands of Braun Strowman makes clear his next rivalry, especially following Strowman’s announcement of his cashing in at Hell in a Cell. With his next title defence set, will Reigns be able to give himself the upper hand?

That’s it from me - but what are your thoughts? Let me know on twitter @hlovemillionair - and as always, see you next week!

Prince’s Thoughts: Blake Griffin Is Having His Best Season 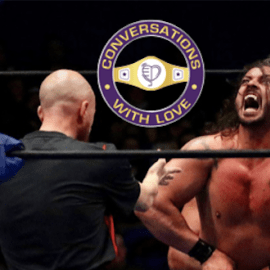