Every season NFL players have career years, predicting that career year for a player can be the difference between winning your leagues championship and missing the playoffs. Now that the preseason is behind us we can safely predict who is going to have a potential breakout year. Obviously, there’s still a week of practice to go before the season kicks off, but let’s hope and assume none of these players are going to get hurt going forward.

Mahomes is taking over the starting job in Kansas City after the team moved on from Alex Smith last season. Mahomes fantasy appeal comes from his huge arm, maybe one of the best arms in the league. That huge arm has already been shown off earlier in the preseason this year when Mahomes connected with Tyreek Hill on a ball that traveled 68.6 yards in the air.

The risk with Mahomes and the weapons he has around him is that his interception numbers are more than likely going to be higher than the NFL average, however, in fantasy football, we love TD’s and big ones which he should have plenty with Tyreek Hill.

The safest pick for breakout player of the year in my opinion. Last year in Watson’s rookie season we saw him put up a blistering five starts in which he averaged 35.8 fantasy points per game, including three games with over 40 points. While I wouldn’t be banking on him to average that going forward as that’s simply unreasonable. I do think Deshaun Watson has the ceiling to finish QB1 on the season. Watson is flanked by outstanding receivers in DeAndre Hopkins and Will Fuller, however, remaining healthy and extending the play with his legs is where he has value in fantasy football over other quarterbacks.

I’m probably more bullish on Dalvin Cook than the average person. I think the guy runs like an absolute animal, runs through people, runs with a purpose. Unfortunately, we didn’t get to see him much last season as he went down with a torn ACL in Week 4. On a point per game basis, he would’ve finished top five in fantasy running back scoring before getting hurt. Dalvin Cook says himself that he feels quicker and faster now after his ACL surgery. If you get Dalvin Cook in the second round this year you should be thrilled as he has amazing upside.

While it seems as if the Broncos haven’t made a commitment to Royce Freeman and are still set on running Devontae Booker as the RB1. I’m high on Royce Freeman in a Bronco’s offense that does enjoy running the ball. Freeman has performed well in the preseason, especially in games against Minnesota and Chicago where he had 10 carries for 58 yards and 2 TDs. He also ran another 24-yard TD against the Redskins totaling three in the preseason.

Freeman might slip in drafts due to Booker currently being the starting RB, but that shouldn’t last long, take advantage of Freeman sliding and potentially get one of the best fantasy performing RB’s in the league this season.

The receiver that gave us the Minnesota Miracle last season closed the 2017 regular season on an absolute tear and is looking to keep that pace going into 2018. Diggs in his last five games in 2018 including playoffs had 30 catches for 362 yards and four TDs. I’m expecting Diggs to have his first 1,000-yard receiving season in 2018 as he looks to establish chemistry with Kirk Cousins. Diggs should find opportunities downfield due to being flanked by Rudolph and Thielen who will be extremely effective on short yardage plays.

I’ll be honest, I would personally never draft Amari Cooper because I simply don’t trust the man. However, Gruden has a good rapport with receivers as he’s coached a receiver to at least 1,000 yards and six TDs in 10 of 11 years. Amari Cooper being a WR1 in a Gruden offense is truly going to make or break whether Cooper is all he’s talked up to be. Cooper will have to compete with Jordy Nelson for targets but should get all the opportunities needed to be a top WR this year.

Matt Nagy who is now the new head coach of the Chicago Bears was the offensive coordinator in Kansas City last season. An offense that used Travis Kelce effectively and often. Burton who was forced to replace Ertz at moments last season looked brilliant in those moments and showed the potential of being the man. He will get that chance this season and has the potential to be a top-five fantasy tight end.

Seals-Jones is an elite athlete but didn’t get the time to show that last season as he was hardly used. Arizona will use him as a starter this season, making him a candidate for being a big breakout player. Seals-Jones is flying under the radar in a lot of leagues and you may even be able to get him onto your team undrafted. Jermaine Gresham was removed from the PUP list prior to the deadline, so if Seals-Jones wants to make an impact, he may only have a couple weeks to do it. 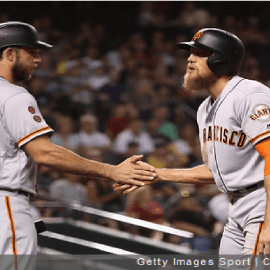