The battle for brand supremacy continues this year, as RAW vs. Smackdown is yet again the theme of Survivor Series. Hey, did you know that this is the one night of the year that RAW and Smackdown face off in head-to-head competition?

The card this year is promising, even despite Becky Lynch no longer being able to participate. At the time of this writing, eight matches have been announced for the fall classic, including a random-but-thoroughly-hyped first-time matchup between Daniel Bryan and Brock Lesnar.

No need to hype it this early - read on for your full predictions, courtesy of the Win Column Sports panel!

Spencer: On the go-home show of RAW, the tag-team battle royal to determine the captain of this team was interrupted by Braun Strowman as a throwaway. I think that tells you all you need to know about the state of the tag division on the flagship show. Go Ascension! Prediction: Team Smackdown

Prince: Between the two brands, Smackdown cares more about their tag team division and therefore should win. Prediction: Team Smackdown

Parker: RAW places zero emphasis on the tag team division. Smackdown has too many good tag teams. My only hope is that the Revival get a good showing and that the B-Team is eliminated as soon as humanly possible. So. Prediction: Team Smackdown

Spencer: After tension was teased between Ali and Cedric Alexander on 205 Live, will we see the former champion interfere in the Cruiserweight Championship match? Regardless of any distraction, I see Murphy walking out as the champ. Prediction: Buddy Murphy

Prince: As Parker mentions below, I hope this match gets some decent time on the main card. Both of these guys always deliver and I predict Murphy winning this as he should hold onto the belt until WrestleMania. Prediction: Buddy Murphy

Parker: I hope this goes on the main card & not the preshow. Any match between these two is guaranteed to be great at the very least. Two factors came into my decision for this. The first being the relatively fresh win for Murphy leaving a ton of story to be told in his reign. Secondly, when Ali wins the title - it should be a major moment. I would prefer to see him win the title at Mania. Prediction: Buddy Murphy

Authors of Pain vs. The Bar

Spencer: Both teams are relatively fresh into their championship reigns, but the AOP are in need of some dominant victories in their first run with titles on the main roster. A win over an established team like The Bar would do that. Prediction: AOP

Prince: This is going to be a hard-hitting brawl. I’m really excited about this and I feel like will be one of the sleeper matches on the card. As the other panellists have already mentioned, AOP needs a major win, and this is it. Prediction: AOP

Parker: AOP needs to built up further, and The Bar is extremely established. Simple as that. A win for AOP is the only result that makes sense. I’m just excited to see DRAKE MAVERICK take on Big Show. Prediction: AOP

Spencer: Boy, am I upset that Becky Lynch is missing out. However, while the loss of the BadLass is heartbreaking, to say the least, we should still be treated to an excellent match between the Queen and the Baddest Woman on the Planet. However, while I was fairly confident in a Lynch victory at Survivor Series, I can’t say the same about Flair. Prediction: Ronda Rousey

Prince: Becky’s injury might be a blessing in disguise. It was hard to book Lynch vs Rousey since both women couldn’t afford to lose. In this scenario, however, Ronda should pick up the win, and remain undefeated until WrestleMania. I would have Becky win the Royal Rumble, and you got yourself your Mania main event. This match should be fairly excellent as this seemed to be a rumoured match for Mania. If everything works out as planned, having this match works out better in the long - run, and we get treated to an excellent match this Sunday.

Parker: Damn. Sucks to see Becky Lynch unable to compete. No doubt, Rousey vs Lynch was probably the match that most people were most excited for this PPV. However, Rousey vs Charlotte is a Wrestlemania worthy match. I still don’t see Ronda losing before Mania though. Prediction: Ronda Rousey.

Spencer: Rollins is untouchable right now, and a loss at Survivor Series won’t hurt him too much when he’s embroiled in one of the hotter storylines in recent memory. Besides, Nakamura is in need of a statement victory in his United States title reign, and this could be a huge boon for his championship run. Predictions: Shinsuke Nakamura

Prince: First time ever match - up and I hope this match delivers. Nakamura’s reign as United States Champion has been pretty lacklustre for the most part, even though I enjoy his heel persona. Rollins is my favourite guy on Raw at the moment, and it’s impossible for him to have a bad match. Nakamura needs the win here to remind the audience on why he’s a threat, and hopefully, be booked for a meaningful feud on Smackdown. Rollins can afford the loss here, especially if a former brother interferes and screws him over. Prediction: Shinsuke Nakamura

Parker: Well, I’m pretty effing pumped for this. Nakamura vs Rollins was one of the biggest dream matches when the King of Strong Style signed with WWE. Even with Nakamura’s stock dropping in the last few months, I still expect a great match coming out of this. Really, who can Rollins have a bad match with right about now? For me, Shinsuke needs to keep collecting wins here to build himself up after his AJ Styles feud. Plus, there’s a pretty logical way around having Rollins take a loss… Prediction: Shinsuke Nakamura wins after Dean Ambrose distracts Rollins, because why would Nakamura win clean?

Spencer: Very excited to watch what SHOULD have been the WrestleMania 31 main event for the first time. I’m a bit confused as to who WWE expects us to cheer for, given Bryan’s recent heel turn and Lesnar’s perpetual disinterest in doing anything interesting, but this should be an absolutely excellent match. Can Bryan afford a loss this early in his championship run? Likely not, but Brock Lesnar doesn’t lose.  Prediction: Brock Lesnar

Prince: The David vs Goliath match that we all wanted except both are the bad guys? Kind of interesting, but I hope this match is actually a good match and not just a squash. AJ brought the best out of Brock last year, so I hope Daniel does the same. It will be a shame if Brock doesn’t give a shit, but that could very well be the case. With Bryan’s recent heel turn I hope they do something out of the blue to further solidify his new character. I’m thinking Heyman turns on Brock and aligns with Bryan to give him the win. Will it happen? Probably not. If it does, I told you so. Prediction: Daniel Bryan

Parker: WELL THAT’S ONE MAJOR CHANGE. Heel Daniel Bryan is something that I don’t think anyone saw coming, even though he advocated heavily for the change. Personally, I love the title change. Styles run was going a bit too long in my opinion, and it will be extremely interesting to see both Styles & Bryan develop their feud. Speaking on this match though, I would love to see Daniel Bryan kick Lesnar in the balls and win, but I just see no real situation where Bryan wins here - barring a Braun Strowman attack. Going with Goliath on this one. Prediction: Brock Lesnar

Spencer: Ruby Riott better get a strong showing out of this match; otherwise, what an absolute waste of time. I couldn’t be less enthused about the RAW team, and while I’ve enjoyed Smackdown’s build thus far the talent involved haven’t been booked as legitimate threats in months. Considering I’m predicting the men from RAW to win their Survivor Series match, I’m predicting a Smackdown victory to even the tally. Prediction: Team Smackdown

Parker: Just a gut feeling. With Rousey likely going over Becky, I feel Smackdown women get some lovely 50/50 booking. Honestly up in the air for me. To be blunt, I really don’t care too much about most of these competitors. Guess that’s what happens when Sasha, Bayley & Ember Moon remain off the card. Because nobody draws like Tamina. Prediction: Team Smackdown

Spencer: These are always excellently-wrestled matches, but they’re always fairly predictable. As the main event, the men’s Survivor Series match is generally used as a tiebreaker in “the battle for brand supremacy” WWE loves to trot out. It’s rare that I’ll pick RAW to lose this match, and this year is no exception. Lastly, here’s my obligatory “Bobby Lashley sucks” comment of the article because he really, really does. Prediction: Team RAW - McIntyre and Strowman as sole survivors

Prince: As Spencer mentions above, these matches are always great and while both sides have imploding teams, Smackdown is going to completely implode. Randy will RKO Rey outta nowhere, and Shane will lose it when Smackdown loses for the third straight year, turning him heel. I see Mcintyre being the sole survivor on the Raw side, as he is rumoured to get a big push in 2019, and this would build a solid foundation to that push. Also, I don’t understand why Spencer hates Lashley so much, though I would prefer Elias on the team over him. Prediction: Team RAW

Parker: While RAW seems like it’s going to implode, Smackdown doesn’t seem all that steady either - with Miz and Rey at each other’s throats, and Shane McMahon’s rumoured turn. For me, McIntyre is the deciding factor. Strowman seems to have much less of an emphasis lately but is bound to get an elimination or two. Too much hoss on the red team. Prediction: Team RAW wins, and Drew McIntyre is the sole survivor. 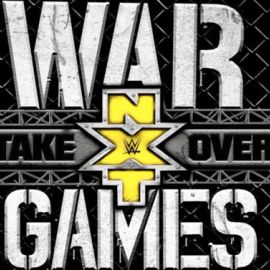