On Sunday April 2nd, the first 3 of 2430 MLB wins will be decided as the 2017 season gets underway! Most of you will already claim to know who wins those games. More so, whether it be talking to your buddies or in some form of social media, a plethora of fans will openly discuss how they see the entire season unfolding before the first pitch is ever thrown. That is until you ask them to submit their picks to be posted on a website for all to mock and criticize.

Ladies and gentleman please allow me to introduce four brave souls willing to put their 2017 MLB divisional standings out there for all to see. You already know Joshua Berube and myself .

A quick glance shows you that the four us unanimously agree that the Boston Red Sox, Cleveland Indians and Chicago Cubs will win their respective divisions.

The AL West produced three different answers from the four of us, with only Alexandro and Andy agreeing on the Seattle Mariners to win the division. Neither Joshua or I have the Mariners even making the playoffs!

Andy stands alone in believing the Washington Nationals will win the NL East over the New York Mets but everyone agrees both teams will be in the playoff picture.

The NL West split the foursome with Joshua and Alexandro picking the Los Angeles Dodgers to win the division while Len and Andy chose the San Francisco Giants. Alexandro is the only one to predict the Giants will fail to qualify for post-season play. Instead of the Giants, Alexandro has the St. Louis Cardinals making the October Wild Card game.

While the Wild Cards were almost unanimous in the National League, the American League featured 5 different teams slotted into the final two positions. The most surprising being the faith Alexandro has put in the youth movement in the Bronx placing the New York Yankees ahead of the twice selected Toronto Blue Jays. The Houston Astros and Texas Rangers received two votes each while Joshua put his support behind the Detroit Tigers to make the Wild Card playoff game.

Joshua was also kind to the Oakland Athletics being the only to one to put them over 70 wins.

Alexandro is the only person predicting the Cincinnati Reds to finish ahead of the Milwaukee Brewers.

Andy is the only person who does not see the Arizona Diamondbacks bouncing back from last season’s series of abominations keeping them under .500.

Thank you to Joshua, Alexandro and Andy for your time and efforts. Here’s to some great debate and even better baseball. 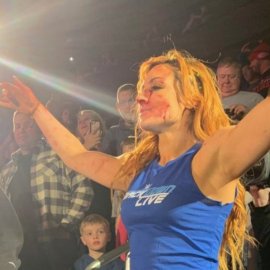