Friday night saw the Edmonton Stingers (3-3) suiting up for the second half of back-to-back games for the first time this season. The team was looking to rebound following a 69-62 loss to the Saskatchewan Rattlers the previous evening. With 8x WBC and WBA Champion Jelena Mrdjenovich in the house for the ceremonial tip-off, the Stingers were tasked with facing off against the winless Fraser Valley Bandits (0-5) in town for the first time in franchise history.

The Stingers came out hot, kicking off the action with a 7-0 run thanks to both Jordan Baker and Travis Daniels. However, thanks to some missed shots by the Stingers and some hot shooting by both Marek Klassen and Tyrrel Tate, the Bandits kept the game close through the majority of the first. After some gutsy work on the board by the undersized Stingers, Mamadou Gueye hit a three to regain the momentum for the home side. However, Tyrrel Tate kept the Bandits close, and the Stingers only held a 13-8 lead at the media timeout.

Coming out of the break, Stingers forward Brody Clarke - who didn’t play the night before in Saskatoon - began to find his groove, hitting a couple of quick baskets. However, the Bandits Diego Kapelin started to insert himself into the equation, going shot-for-shot with the Stingers. The Bandits also began to establish their presence inside the paint, with Dallyn Bachynski and Levon Kendall causing fits for the Stingers defenders. Add the athleticism of forward Clint Robinson, and the Bandits were becoming a bit of a terror inside to close out the quarter. Fortunately, Clarke hit a clutch three with 40 seconds left on the clock and allowed the home side to maintain their lead going into the second quarter.

The Stingers increased their defensive intensity to start the second quarter and continued to feed the hot hand Clarke, who had his jumper going throughout the game. Early in the quarter, the Stingers Mamadou Gueye added back-to-back three-pointers to increase the momentum for the home side. However, the Bandits countered by continuing to feed the ball inside, and the game started to get a little rough. Klassen also started to heat up for the Bandits, with a corner three plus making the Stingers pay when he drove inside. Fortunately for the Stingers, the trio of Jordan Baker, Mathieu Kamba and Adika Peter-McNeilly start lighting it up leading into a timeout.

Following the timeout, Tyrrel Tate was yet again able to slow the bleeding for the Bandits with a three; however, clutch shots from Travis Daniels and Deondre Parks grew the Stingers lead to 13. Anton Gill looked to take the momentum away from the Stingers with a three, but again, Daniels was able to respond for Edmonton, laying down a HUGE putback jam to get the fans at the Hive buzzing. The dunk evidently got in the heads of the Bandits to close out the quarter; a quick steal out of transition by the Bandits’ Diego Kapelan should have lead to an easy layup, but he missed a pull-up three, allowing the Stingers to maintain their lead going into the second half.

At the half, Mamadou Gueye led the Stingers with 14 points, with Jordan Baker close behind with 10.  Diego Kapelan was the only Bandit in double figures at the midway point of the game with 11.

It was a scrappy start to the second half at the Edmonton Expo Centre, with stout defence the theme for both the Stingers and Bandits throughout the third quarter.

The stanza kicked off with an early basket from Deondre Parks, though the Stinger failed to capitalize on the foul drawn on the play. Shortly after, Travis Daniels continued to embarrass the Bandits defence, putting down yet another massive slam dunk to give the Stingers a 16-point lead, their largest of the game. However, Levon Kendall was able to slow the bleeding for the Bandits, nailing a three-pointer from the corner to slow the Stingers modest run.

While both teams were able to move the ball up the court through the first half of the quarter, neither was able to make a basket from inside the paint. However, while the Stingers were able to effectively defend the rim, a pair of fouls from the Bandits coupled with stellar free throw shooting allowed the Stingers to hold their double-digit lead through the midway point of the third.

Unfortunately, a run from the Bandits allowed the team to pull within 5 at the four-minute mark of the quarter. While the team would trade points throughout the third, it was a difference that would remain consistent until Bandits forward Tyrell Tate hit a deep two at the buzzer to pull Fraser Valley within three to close out the quarter.

Worth noting was the continued stellar play of Stingers forward and USports athlete Brody Clarke, who perhaps had his best game as a Stinger on Friday evening. By the end of the quarter, the University of Alberta product had picked up a season-high 12 points and looked effective on both ends of the court.

The fourth started much like the third; however, this time it was the Bandits who were able to establish an inside presence. In a similar fashion to their Edmonton compatriots the previous quarter, the Bandits began the stanza with a failed three-point play on a missed free throw. However, it did allow Fraser Valley to pull within one after a minute of play, setting the stage for yet another thrilling finish at “the Hive.”

Yet again, when the going got tough, the Stingers found themselves able to turn to Mamadou Gueye. A clutch three-point play from the forward near the eight-minute mark regained the Stingers two-possession lead. It was yet another stellar showing from the Stingers big man, who finished the game with 22 points.

However, the tides turned at the 6:30 mark thanks to the clutch play of Diego Kapelan. Shortly after bringing the team within one, a massive three-pointer gave the Bandits their first lead since the first quarter and gave Kapelan 23 points on the evening. While the Bandits were able to extend their lead to as much as five, yet another clutch three from Gueye and a layup from Baker tied the game at 79 with 4:06 to play.

Coming out of the media break, the Stingers and Bandits both looked out for blood. Every possession resulted in points on the board, with neither able to truly put their opponent away. A clutch three-point play from Travis Daniels at the 2:16 mark made it a three-point game for the first time since early in the quarter; shortly after, the Stingers were able to extend their lead to five following an Ashton Smith conversion off a missed attempt from the Bandits Levon Kendall.

With the Bandits within four, Travis Daniels hit a clutch shot to give the Stingers their largest lead since the 3rd quarter.

Down by six and with 1:23 left, the Bandits looked desperate in their attempts to tie it up. However, for the first time of the evening, the Stingers were truly able to lock it down on defence. A clutch effort by Jordan Baker was able to keep the ball in play and allowed the clock to run down. Shortly after, Deondre Parks hit a pair of free throws to make it a two-possession game at 90-86.

With both teams in the bonus, Travis Daniels was fouled in the backcourt by Bandits Marek Klassen, sending the Stingers big man to the free throw line. Unfortunately, while Daniels was only able to score on his first attempt, he fouled the Bandits Levon Kendall fighting for the rebound on his missed free throw. It allowed the Bandits to bring the game within three with only 17.5 seconds left, forcing the Stingers faithful to the edge of their seats once again at the Edmonton Expo Centre.

With the Bandits forcing the play on the inbound pass, Jordan Baker was able to find Travis Daniels down the court. Yet again, Daniels was fouled by the Bandits, sending him to the line with a chance to seal the game. This time, there was no mistake: Daniels nailed both of his free throws, clinching the game for the Stingers.

The leading scorers for the Stingers on the evening were Mamadou Gueye (22), Travis Daniels (21), and Jordan Baker (18).  Diego Kapelan came off the bench to lead the Bandits in scoring with 24.

With 8x WBC and WBA Champion Jelena Mrdjenovich leading the ceremonial tip-off, tonight reminded me of an old adage for Boxing and MMA promoters: styles make fights. It was apparent throughout the game that the referees were letting a lot of ticky-tack stuff go, for both sides.  Combine this with the Stingers on the second of back-to-back nights and being without prolific scorer Akeem Ellis, and it almost spelt disaster for the home side.

Two keys to the matchup:

1) Despite the larger size of the Bandits, the Stingers were able to produce more efficiently in the paint, outscoring Fraser Valley, 38-26.

2) The fresh legs of Brody Clarke, who did not play in Saskatoon the night before, had his best game as a pro. Clarke picked up 12 points and three rebounds, to go along with his energy on the defensive end.

Quote of the Night:

“When Brody starts to hit three-pointers, it’s going to be a good day.  He is so strong around the rim and knocked down those two threes. We had a really tough road trip flying into Saskatoon and flying back, so we decided to play Brody more.  He played well, made shots, and helped us develop a lead.” - Head Coach Barnaby Craddock discussing a career night for forward Brody Clarke.

The Stingers (4-3) now get a week to rest, returning to the Hive next Friday as they welcome the Hamilton Honey Badgers (4-2). The Stingers look to avenge their 106-83 loss back on May 12 in the Hammer.  Tip-off from the Edmonton Expo Centre is 7 pm. Check out thestingers.ca for more details and to purchase tickets. 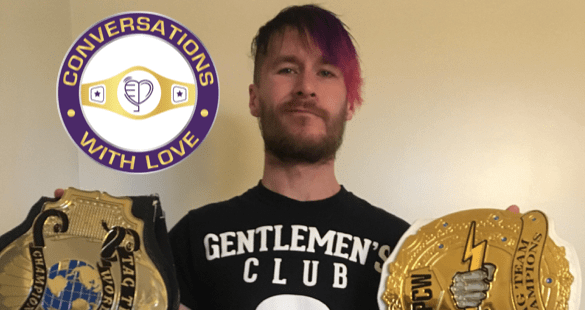 Conversations With Love Special Edition: A Conversation with Leo London