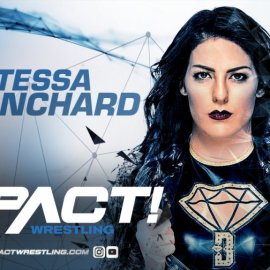 In a tweet earlier today, Impact Wrestling announced that Tessa Blanchard, one of the top female wrestlers in the world, has signed a long-term commitment with the organization.

BREAKING: @Tess_Blanchard will continue to prove she’s undeniable in the Knockouts Division as she has signed a long-term contract with IMPACT Wrestling. pic.twitter.com/3SWenkIJyG

Blanchard, 22, has quickly made a name for herself since making her professional wrestling debut in 2014. Appearing in over 20 promotions across the globe - and accumulating championships in 13 of them - Blanchard has become one of the top female performers in wrestling today. In 2016, at just 20 years old, Blanchard was named to her first PWI Top 50 Females list, a task she repeated in 2017. She’s also appeared for WWE a number of times, including an appearance in the Mae Young Classic in a matchup against eventual winner Kairi Sane.

With the revamping of IMPACT under Scott D’Amore and Don Callis, Blanchard figures to be a major piece for the Knockouts division for the foreseeable future. It’s another fantastic signing by IMPACT after Eli Drake also committed to the company long-term in late June. With Blanchard also being tabbed as a key piece of the companies success in the future, it looks as though management has made an excellent decision - it’s undeniable.