I’m unabashedly proud of being an Edmonton Oilers fan; even during the “Decade of Darkness” I would start the season with optimism. Maybe, somehow, Linus Omark was the key to finally ending our playoff drought I once thought to myself and whoever would listen.

Yeah, look how that turned out

Now, I can’t say that being an Oilers fan has earned me many friends outside of Edmonton. Currently, I’m dating a girl from Calgary, with a family who’s still in Calgary, and currently work at this very website for – ugh – a Calgary Flames fan. I mean, Len’s a great guy and all, but a Flames fan?

I’ll always find a way to slip this in.

It was with my Win Column superior that the topic of the Oilers and the Flames came up over an adult beverage recently; for the first time in what seems like a lifetime, both clubs have the potential to be downright competitive for the upcoming season, despite the Calgary squad actively trying to sabotage their season with a 35-year-old goalie who’s about as past his prime as Pet Rocks.

It’s really hard to suck more than these, but dammit, Mike Smith is gonna try!

Stop me if you’ve heard this one before, but a Flames fan and an Oilers fan walk into a bar…

Spencer: Len, I like you, but I simply don’t understand how you can possibly feel the Flames will be better than the Oilers this season. The Oilers are equal or better in literally every aspect of the organization, except for the mascot. I’ll completely agree with you that Hunter sucks, but to me being a Flames fan is like a pencil with no lead – absolutely pointless.

Len: I will concede the “flashy” regular season to the Oilers – they will have the higher octane offense because they have the highest octane player in the the league, that can’t be argued. However, there’s the potential that Connor McDavid is the only high-octane offensive player on the Oilers this year. The continued rumor they are splitting McDavid and Leon Draisaitl are akin to the rumours Sean Monahan and Johnny Gaudreau will be split up; a great thought, but not happening other than in short spurts, and Draisaitl hasn’t consistently proven that he can succeed without Connor. Milan Lucic is old, slow and overrated; Matthew Tkachuk is a younger, faster better version of Old Man Milan. Oh, and RNH is not better than Mikael Backlund, just more ballyhooed.

S: All fair arguments, but -

L: I’m not done! Even going down the forward roster, I fully expect 2016/2017 Free Agent Bust contender Troy Brouwer to deliver on expectations (albeit a year late). I’m much more excited about Sam Bennett than I am about Drake Caggiula, and when it comes to wily vets, I far prefer a 31-year-old Kris Versteeg to a 34-year-old Jussi Jokinen.

S: Woah, woah, woah. I’ll stop you there. We don’t speak about that traitor here. Remember, he left the Oilers because he had a better chance of making your terrible team. I mean, I’m certainly happy that the Oil are past the days of needing guys like that to score. At least we’re not bringing in aging vets to play on the top line. I mean, your biggest issue coming into the off-season is scoring, so you pick up Curtis Lazar and Tanner Glass. You can only hope that all of your young guns start scoring again, and in Bennett’s case, for the first time in his career.

L: The Oilers dropped Jesse Puljujärvi while the Flames dropped Mark Jankowski. I would much rather have Jankowski than either Lazar or Glass. On one hand you have the Flames exercising patience with Jankowski, on the hand management just signed Jaromir Jagr.

S: Bring in as many old guys as you want, the team still can’t score; everyone regressed in point totals last season, and the solution is to bring in literally the oldest player in the league to play on your top line?

L: So if Draisaitl regresses in points this season, are you throwing his jersey onto the ice? I’d be much more worried about the encore provided by Patrick Maroon and Mark Letestu after career years than “Johnny Hockey” losing 0.15 off his points-per-game average.

S: I just wanted to state that I’m so, so happy that we took Draisaitl instead of Bennet; one sucks, one doesn’t. You be the judge of which is which. And it’s not just that they’ve regressed; in Bennet’s case, he’s NEVER scored. Maybe I’m optimistic, but Leon is either playing with Connor McDavid, or playing easier minutes behind Connor McDavid; the guy is going to get points. Maroon is understandable, but he’s been scoring at a consistent rate since we picked him up - while a regression is definitely possible, I’d think in a contract year he’d be looking to prove himself. I wouldn’t be surprised if he increases his point totals this season. In the case of Letestu, he’s not as vital to our offence as a guy like Sean Monahan is to Calgary; regression really doesn’t matter as much in that case. Even outside of the forwards, you’d better hope that Mike Smith doesn’t continue to get worse. He’s another band-aid solution in net; he’s four years off his best season, hasn’t had a SV% over .915 in five years, and it’s not like he’s going to improve from here.

L: Smith is here while the Flames patiently wait for Jon Gillies to ascend into the NHL. I’ll take Eddie Lack over anything the Oilers have to offer up if Cam Talbot loses his game for a few weeks.

S: That depends which Eddie Lack shows up; he’s shown he can be as awful as any goaltender in the league. Broissoit has shown well in his (albeit limited) appearances; Lack is a proven bad commodity. I can’t see the Flames defence making up for two terrible goaltenders.

L: Congratulations to the Oilers; they have the more balanced defensive squad; almost a perfect mix of age and youth, grit and flair, defensive zone awareness and offensive zone jam. The Flames on the other hand went all-in on the referees returning the game of hockey back to a state where slashing isn’t a “hockey play”, it’s a freaking penalty. Mark Giordano was a Norris Trophy candidate only short year ago, Travis Hamonic was equally pursued by both Alberta team, and T.J. Brodie is a #3 defenseman on any team in the league. Granted, Dougie Hamilton needs Gio as a babysitter - but addition by subtraction, Dennis Wideman is gone!

Oh, and don’t forget to bring up the fact the Oilers have more Stanley Cups also. Isn’t that what Oilers fans do when they are start feeling intimidated?

S: Know why we bring it up? It’s because we have more, and we’re much, much closer to another than the Flames are. We’ve got a Vezina-caliber goaltender complimented by the most competent defence the Oilers have had in years. Talk all you want about Puljujärvi being sent down; compare him to a guy like William Nylander who’s had roughly the same development curve. We can roll four quality lines for the first time in god-knows-when; you’re reliant on Troy Brouwer to lead you to glory. If you really want to look at it, we have McDavid, Draisaitl, Puljujärvi and Yamamoto all under 21 on the team; we’re dangerous now, and we’ll be dangerous for a while. 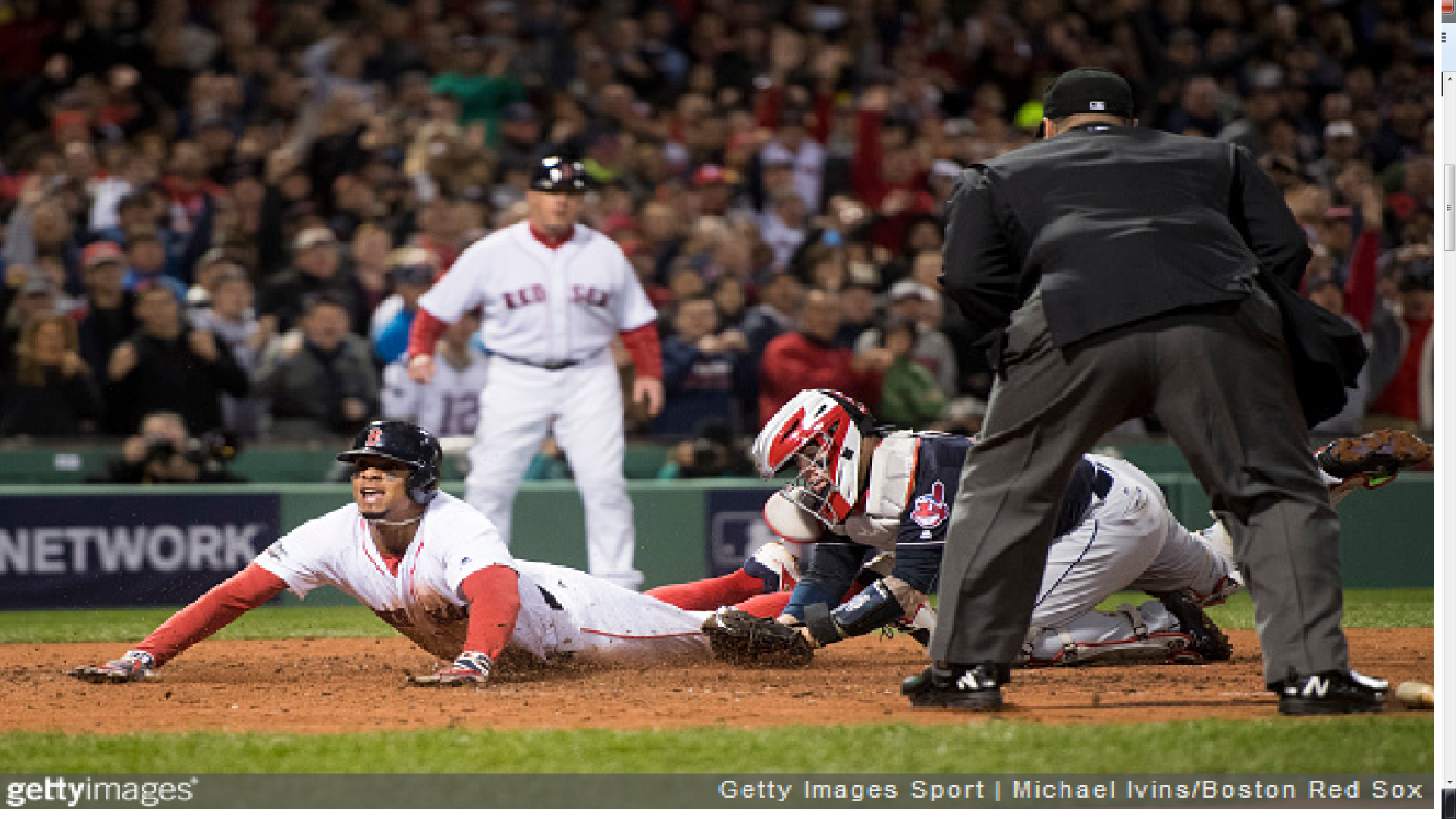 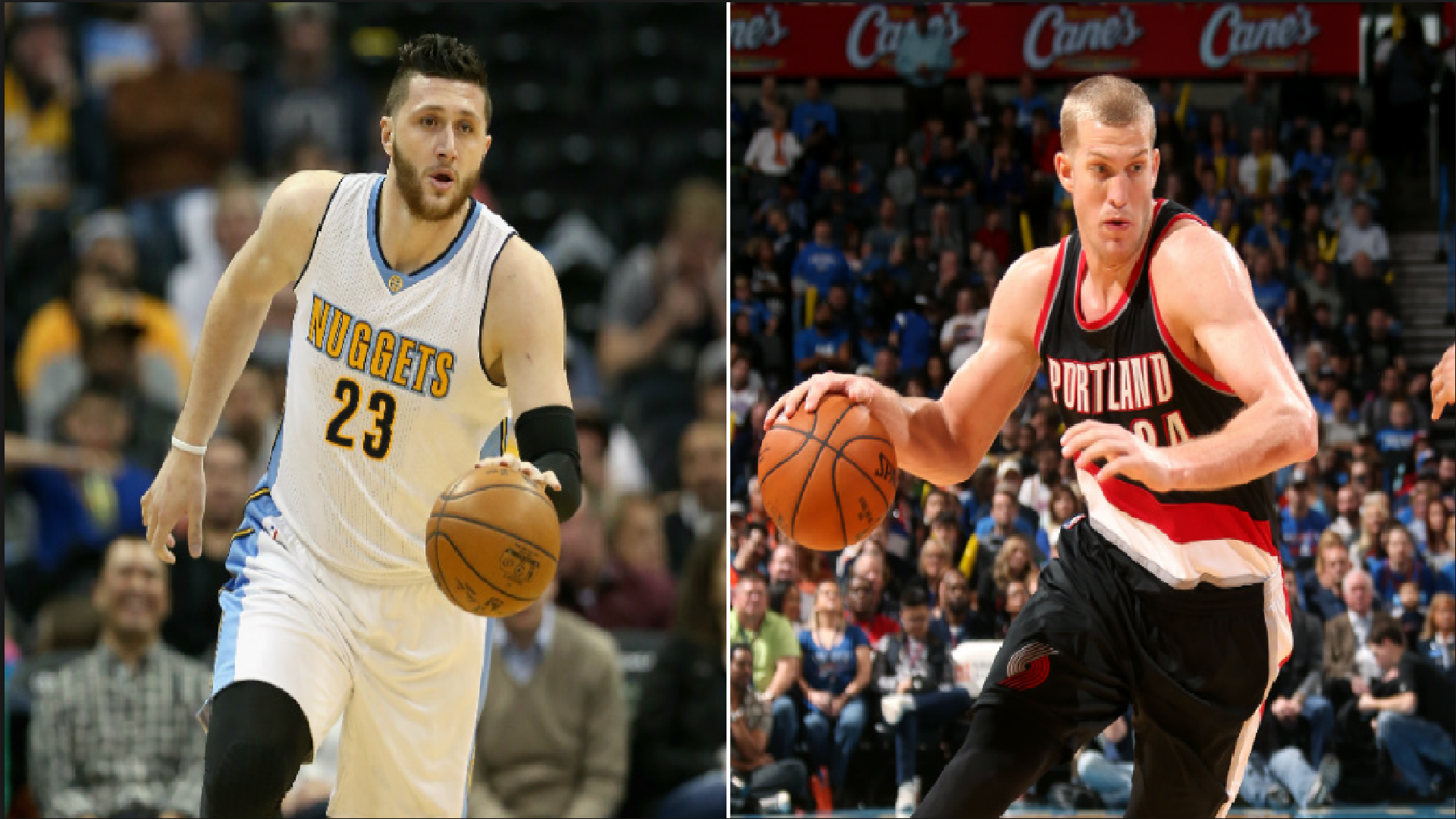 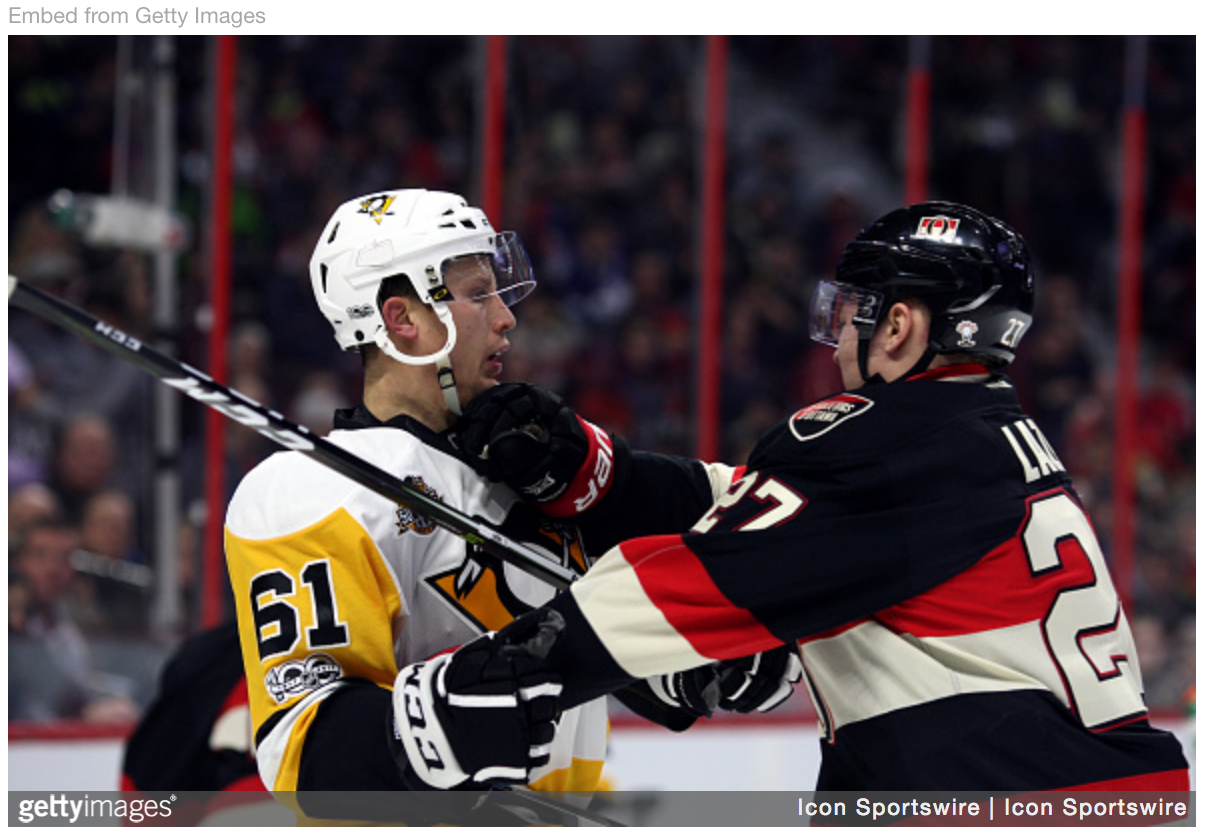