With just over three weeks left until we officially kick off the 2017 NFL season, fantasy football is in high gear and it’s time we started looking at the options each of the 32 teams offer us. We start with the NFC West.

Anchored by their stout defense, the Seahawks are favored to repeat as NFC West champions and earn their sixth consecutive playoff appearance.  The question is whether they can make it past the Divisional Playoffs where they’ve stumbled the past two seasons.

If they are going to make it back to the NFC Championship, they will undoubtedly need QB Russell Wilson to be at full health after battling through knee and ankle injuries in 2016.  With one of the NFL’s worst offensive lines, Wilson relies on his ability to avoid blitzing linemen to find a target downfield.  In fact, 2016 was the first time in his career, that Wilson did not turn in a top 12 performance. Wilson should return to his usual form this season, making him a solid mid-round pick.

Doug Baldwin will once again be the chain mover for the Seahawks. Baldwin isn’t quite an elite WR, but has earned Wilson’s trust and should earn him a third consecutive year of solid stats.  Baldwin is likely to be drafted in the third or fourth round. Tyler Lockett, Paul Richardson, and Jermaine Kearse are all in competition for the WR2 role and should not be considered more than a late round flier in most leagues.

Jimmy Graham’s surgically repaired knee appears to be at full strength now.  Graham is a solid top five tight end and could produce over 1,000 yards receiving and add another 10 TDs.  Graham should be drafted in Round 5.

The Seahawks running back situation is scary.  The O-Line looks to remain one of the NFL’s worst with no worthy additions or top draft picks during the off-season.  Thomas Rawls is leading all backs in training camp, so far, outperforming Eddie Lacy, who the Seahawks picked up as a free agent this year. Lacy’s injury track record wasn’t good in Green Bay and he has had problems maintaining a manageable weight.  If Rawls maintains the lead back role, he will be the Seahawks biggest steal, currently being drafted in the 12th round. C.J. Prosise is the Seahawks best receiving back and is currently being drafted in the 9th round of PPR drafts.

Boasting the NFL’s top running back and a solid defense, the Cardinals enter the 2017 season with the hope that they can avoid the effects of their aging passing game.  If the offense can stay healthy, the Cardinals have a decent chance of clinching a Wild Card spot. Let’s not hand them first place in the NFC West though.

Quarterback Carson Palmer enters his 15th season at age 37. While his stats line did take a hit in 2016, much of that regression was due to the release of Michael Floyd as well as John Brown’s battle with the sickle-cell trait and soft tissue injuries.

At 34 years of age, many anticipate 2017 could be Larry Fitzgerald’s last season. Fitzgerald is Palmer’s top target, generally hauling in 90+ catches for over 1,000 yards and a half dozen TDs.  Look for Fitzgerald in the fourth round. John Brown is the Cardinals’ WR2 and has developed strong chemistry with Palmer.  If healthy, Brown is a decent pick in the 9th round; however, this does come with significant risk as Brown has missed the entire training camp with a quad injury. J.J. Nelson and Jaron Brown could be steals if John Brown misses time. The Cardinals do not throw frequently enough to their tight ends to warrant a draft pick.

David Johnson was the top RB in the NFL last season and should be expected to turn in a solid performance again in 2017.  A true bell-cow RB, Johnson is being drafted at number one overall this year; however, slight regression is likely as Johnson was relied on heavily in 2016 to assume the receiving workload from Floyd and Brown.

If the Cardinals can stay healthy, Palmer is a steal in the late rounds of the draft.

After booting Mr. Mediocrity Jeff Fisher, the Rams look to new coach Sean McVay to continue the slow and arduous task of climbing out of not only the NFC West cellar but the league’s cellar.

If the Rams have any hope of improvement in 2017, they will need more out of sophomore QB Jared Goff, drafted first overall in 2016 and finishing the season completing 54.6 percent of his passes for 1,089 yards.  It was looking to be another long year for Goff with some very unappealing receiving options until the Rams pulled the trigger on a deal to bring Sammy Watkins to the City of Angeles.

The Rams considered drafting Watkins second overall back in 2014, but drafted OL Greg Robinson instead, allowing Watkins to fall to the Buffalo Bills.  Watkins disappointed the Bills with a foot injury in his 2015 sophomore year that lingered through the 2016 season.  The Bills declined Watkins’ fifth year option setting Sammy up to be a free agent at the conclusion of the 2017 season.  A big year by Watkins could mean a huge pay day, either through free agency or via the franchise player tag.  Watkins moves from one run-heavy team to another and will be WR1 in LA.  The big question mark is what impact Goff’s play will have on Watkins’ performance. Watkins put on a fantastic performance in his first preseason game, indicating that he has put his foot injury behind him.  Assuming that’s true, Watkins is a high-upside pick in the 5th round.  Robert Woods and Cooper Kupp are both late round fliers that will be limited by Goff’s ability to throw the ball.

Todd Gurley is a definite benefactor to the Watkins trade.  Gurley disappointed in 2016; however, it was to be expected as many defenses stacked the box, focusing on stopping the run as the Rams’ receivers couldn’t scare Pennywise.  With Watkins in, the defense won’t be able to cheat to the run and the semi-improved offensive line could give Gurley a bit more space to run.  Gurley will be a popular late second round pick.

The 49ers have been on the highway to hell ever since their appearance in Super Bowl XLVII in the 2012 season.  Kyle Shanahan, the 49ers third head coach in as many seasons, was hired to lead the team after an appearance in last year’s Super Bowl as offensive coordinator of the Atlanta Falcons.  New GM John Lynch has also cleaned house on the offensive side.

Brian Hoyer is likely to lead the offense in 2017 as he worked with Shanahan in Cleveland, familiarizing himself with the offensive scheme; however, familiarity won’t be enough for Hoyer to be a valuable fantasy QB in the 49ers anemic offense.  Be sure to leave Hoyer where he belongs – on the waiver wire.

Pierre Garcon was a free agent signing from the Washington Redskins. Similar to Hoyer, Garcon familiarized himself with Shanahan’s system in Washington. Garcon should be a relatively productive WR1 in Shanahan’s system.  Expect 1,000+ yards, but maybe only a handful of TDs.  Garcon will likely be drafted in the 7th round. Marquise Goodwin, Jeremy Kerley should go undrafted. TE Vance McDonald could be an undrafted steal as he has had a strong training camp and someone besides Garcon will have to catch some balls.

It’s no secret that Shanahan often makes magic happen with his RBs – just look at Freeman and Coleman in Atlanta.  There have been many rumors over the offseason that Shanahan wasn’t impressed with returning starter Carlos Hyde, but Hyde is playing exclusively with the ones during training camp and is locked in as the best back on the team. Hyde is a steal in the 6th round.  I’m not a big fan of handcuffing RBs, but with Hyde’s injury history, Tim Hightower is a great late-round pick. Rookie Joe Williams has not had a good training camp and only worth drafting in dynasty leagues. The NFC West cellar dwellers offer enticing but risky options. 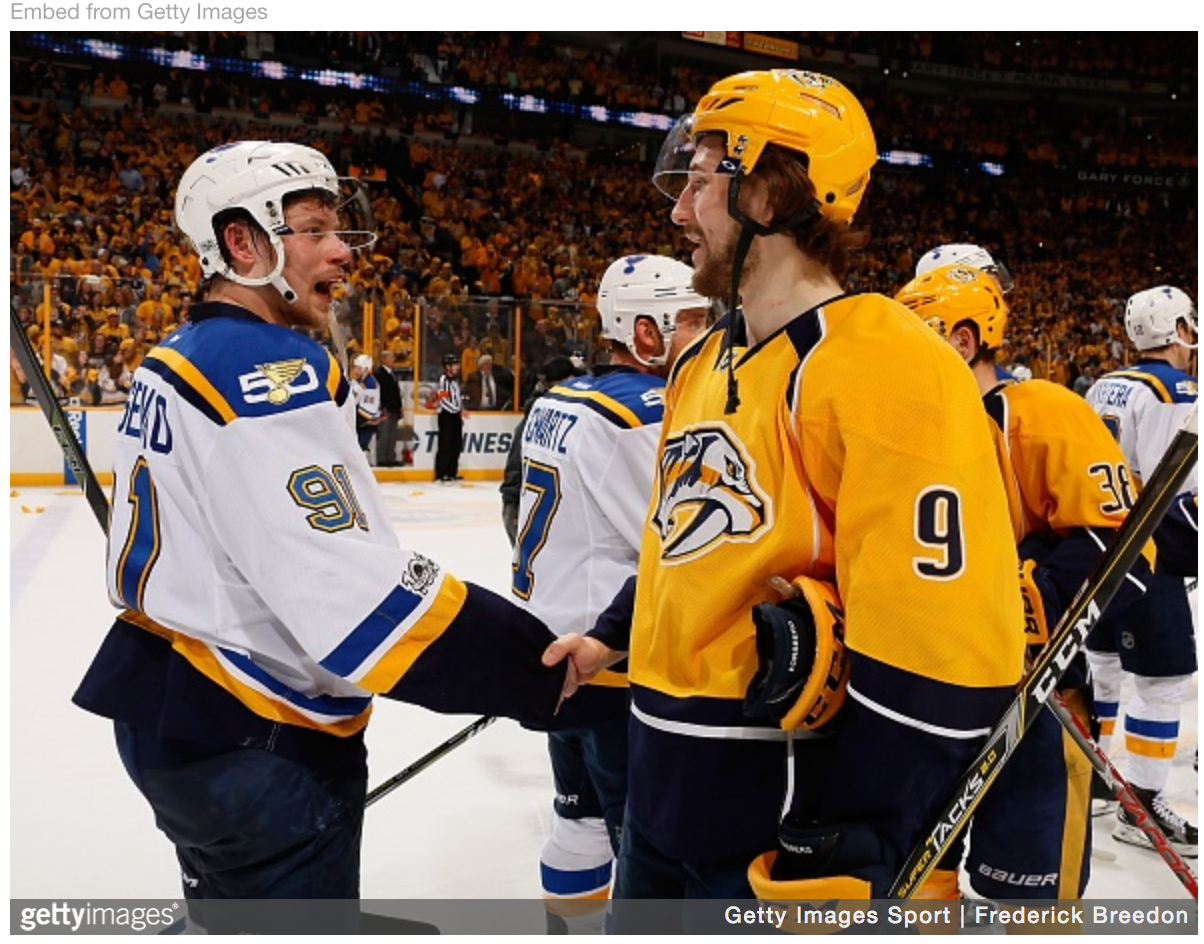 St. Louis: A Case of the Music City Blues 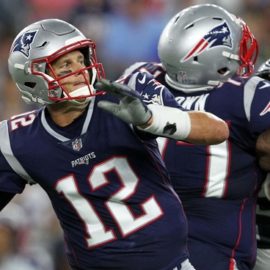 5 Takeaways from Week 2 of the NFL Preseason