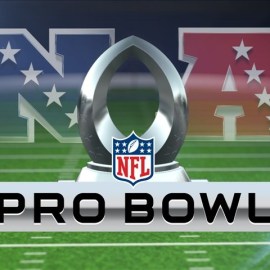 I’ve listed the players below in my opinion based off this year’s performance strictly, not based off the merit of name, that I believe would be best represented at the Pro Bowl.

This list is taking every player into account, regardless of age or likelihood of attending and even players that are likely to be in the Super Bowl are listed for the sake of the list.

The voting for the NFL Pro Bowl has concluded, and while the NFL’s all star game doesn’t have the appeal of the NBA or NHL All Star weekends in my opinion, that’s the reality with a direct combat sport being played in a meaningless game. Nonetheless. for a lot of fans of teams who won’t make the Super Bowl the Pro Bowl is the last chance they get to see their favourite players in action this year.

After attempts to get viewers more interested by bringing in a “draft” system that mixed both AFC and NFC players together on the same team, the NFL will be going back to the traditional AFC vs NFC format that people are used to watching.

The 2018 NFL Pro Bowl will be played on January 28th, 2018 from Camping World Stadium in Orlando, Florida.

Make sure to check out previous NFL content from Arik Krause, you can see his articles posted HERE

Have feedback or want to join in on the conversation? Connect with me on Twitter!