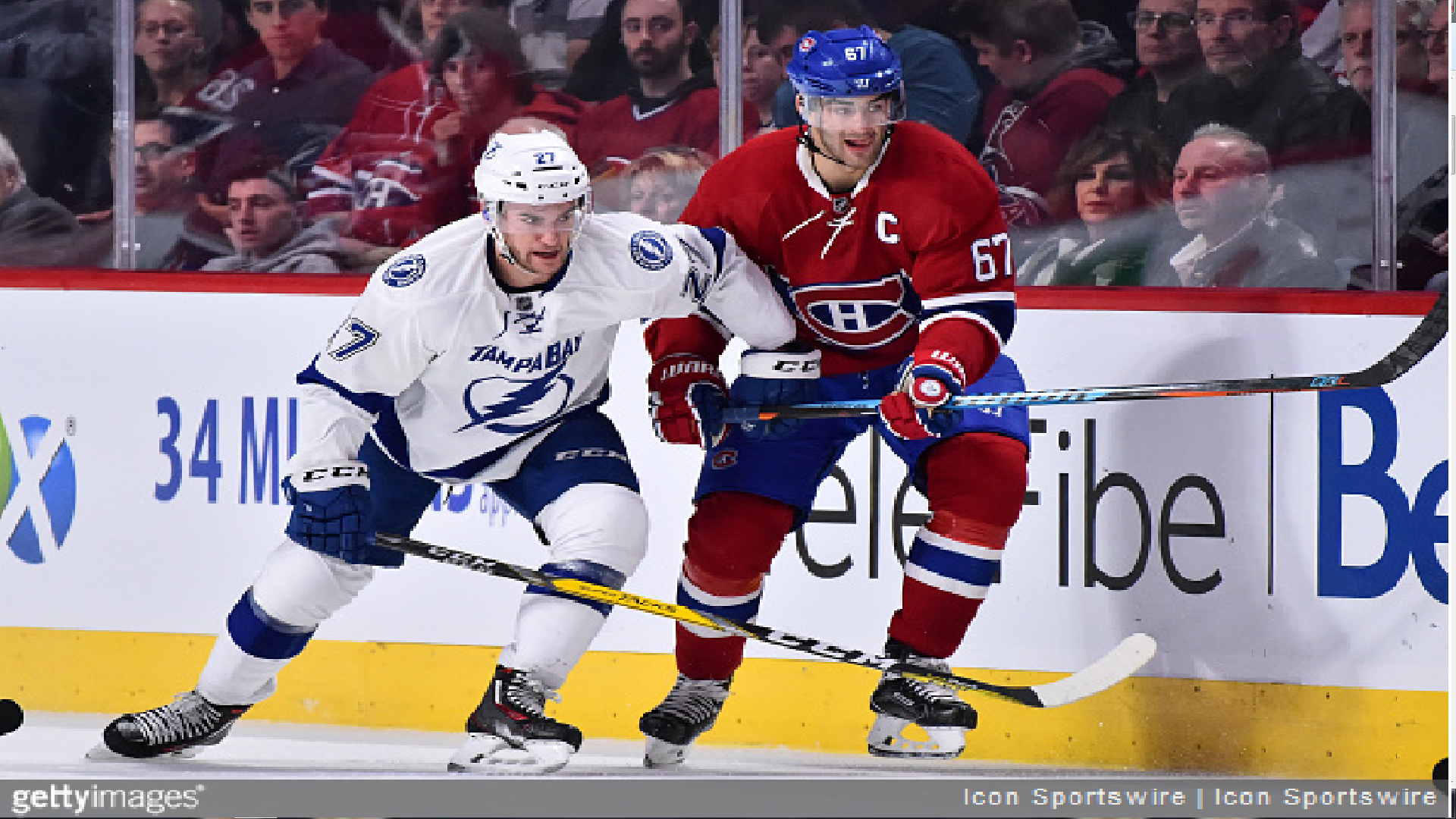 A day that most Tampa Bay Lightning fans will remember forever. Jonathan Drouin was sent to the Montreal Canadiens, along with a conditional 2018 draft pick. The question that still remains among many: “why?”!

But that’s the way life goes, right? Why, why, why. I guess we’ll never know what was going through Steve Yzerman‘s and Julien Brisbois’s mind when they announced the trade to the press of the National Hockey League.

As soon as I saw this tweet, however, I wasn’t a fan…one bit:

We have acquired Mikhail Sergachev & 2018 cond. 2nd rd pick from the @CanadiensMTL in exchange for Jonathan Drouin. https://t.co/EH5iNVAmyG

I hear you, “the trade happened a little more than a month ago, get over it“. I’ve had time to process the trade and get my wits about me but as the title implies: I’m still outraged with the choice. Maybe the feelings will be gone once October rolls around for the 2017-2018 season, but that’s still to be determined…I don’t need to get over this.

For now, I sit and wait, hoping for a new saving grace to come to the Tampa Bay Lightning.

The Famous Hold Out

I’ll be the first to admit I hated Jonathan Drouin at this point in time. I thought he was a young idiot, who didn’t know how the League worked. He had already played in Syracuse, the American Hockey League affiliate of the Lightning, once.

It was his rookie season, and he went on a short conditioning stint due to a fractured thumb. It was only two games, but he proved his weight in gold those two games, coming out with three points and showing his lightning speed.

He was touted to be a top rookie and come back a finalist (if not the winner) of the Calder Trophy for the top rookie in the league. He wasn’t even close (4 G, 28 A). He had an entire season ahead of him, but he didn’t take advantage. Karma perhaps? Whatever the case no one in their right mind was giving up on Drouin.

Back To Square One

The Lightning gave him the benefit of the doubt. They considered him a late bloomer and gave him another shot in the development camp. Those doubts were yet to be seen, however, as he came around with another injury. It was a lower body injury. He played a mere 19 games before the injury.

Due to the poor play after his injury, as well as still rehabbing from the injury, the Lightning sent him back to Syracuse for round two - a move that Drouin did not appreciate one bit. This is where the drama begins, thanks to Allan Walsh:

A statement from Jonathan Drouin’s agent Allan Walsh regarding his client’s future in TB: pic.twitter.com/Vhwet1IpTW

So, until then, Drouin played in Syracuse. All was well with the plan being come the trade deadline, Drouin would be gone and all would be well, right? Wrong!

He played in January, but he failed to report to a game for the Crunch. Pulling off the “Oh, I’m sorry teacher, I overslept” card. Except this isn’t high school. This is the American Hockey League. He’s not 15, he’s 20 years old. Come on man!

So, what did the Lightning do? Suspend him without pay. Great idea. Add more fuel to the trade fire that was eventually going to happen. Now Drouin was gone, and he was back home in Halifax. By the time the trade deadline came around, he still wasn’t traded!

What does that give the Lightning? A pissed off French-Canadian hot-shot, and agent, who just want to be traded from the organization. Plus side? We’re not paying him and he’s just sitting around waiting to do something. Negative side? HE’S A GOOD FREAKING PLAYER. GET HIM ON THE ICE.

So, in early March, Drouin said: “hey let’s give it a shot” and went back to Syracuse before going back to Tampa Bay for the Stanley Cup Playoffs.

Playing with the Big Boys

Drouin put the past behind him and came back to the Tampa Bay Lightning to hopefully bring home the Stanley Cup to Tampa Bay. All was well, the team was going up, and up, and Drouin was just riding the waves of the wonderful Florida Coast.

However, that all came to a screeching halt when the injuries started piling up onto the Lightning. One of the key injuries came to Steven Stamkos, who, if all went well, would be out for four months and could hopefully make it back in time for the playoffs.

Who other than Jonathan Drouin decided to step up his game a little bit, and take the place of the absent captain. While no one can replace a player like Stamkos, Drouin adequately replaced his scoring (which ultimately wouldn’t get the Lightning to the finals).

Once Stamkos, and what felt like half the Lightning roster went down, and Drouin came around, I nearly sold all of my possessions to buy a Drouin jersey. I get it, I’m a fan of the success, as I’m sure any fan is. I hated Drouin, but now I loved him. He was giving us a chance to make it back to the playoffs for the Stanley Cup.

He was the saving grace of the team. He took charge. He grabbed the bull by the horns. But still, they came up short and the golf courses came up earlier than expected.

The Lightning knew what was coming. It had to be a big year. With Drouin returning and the healthy Stamkos coming back, the roster was top notch. They had Nikita KlutchKucherov on the wing, youngster Vladislav Namestikov playing a utility style and a strong defensive zone combo with the Swede, Victor Hedman and AHL-er Luke Witkowski (who was also let go, and is now in Detroit); and of course the man between the pipes, Andrei Vasilevskiy, who could be competing for some goaltending awards next year.

We were planning on taking some talent in the draft and adding them to our already strong arsenal of talent and taking the league by storm, becoming some mega-team and going undefeated all year long. Okay. Maybe not that far. But you get the point!

This off-season was different. Teams had to prepare for a whole new type of animal. No, it wasn’t the Pittsburgh Penguins taking the Stanley Cup again, and it wasn’t Wayne Gretzky coming out of retirement to show these young players how to play the good ole’ hockey game. It was the NHL Expansion Draft. The Las Vegas Golden Knights were making their first mark on the NHL stage.

Personally, I don’t think the Tampa Bay management made the right choice. That’s the reason that Jonathan Drouin would be leaving the Tampa scene so that they wouldn’t have to protect him. But I’m getting ahead of myself here.

Drouin was sent to the Montreal Canadiens only six days before the expansion draft, for a defensive prospect, Mikhail Sergachev. He didn’t impress in his junior days, but he apparently impressed enough people to land a trade to Tampa Bay. So they effectively traded Drouin so that they didn’t have to protect him, or the new guy, Sergachev. The trade logic is there with Tampa Bay needed a moving defenseman, and Montreal needed a dominant forward but how does a player like Jonathan Drouin get traded for a prospect who could potentially be a bust?

Now Tampa Bay has to look at their roster, after multiple other losses and hits, to see what their starting lines are going to be. Luckily, Vasilevskiy will be back in net, with his trusty backup Peter Budaj. That’s one less thing that the fans will have to stress over.

The team still has Hedman and Anton Stralman, along with the recently signed Andrej Sustr. The defense looks to be strong if some of the Syracuse players can come up strong as well. Players like Jake Dotchin, who performed well last year in his recalls and assignments in Tampa.

But this is where it gets tricky: the offense. Don’t get me wrong, we still have top players and great players, but losing some players means entire line shifts. Steven Stamkos will most likely be the center of the first line, with Vladislav Namestikov taking a change of position and going to left wing to hone in his great scoring potential. If Drouin was still around, Namestikov could’ve probably gone to the right, with Drouin staying at his native position. Taking the right now, though, will most likely be Kucherov.

Tyler Johnson could potentially take the second line, with Palat on his left and either Killorn or new addition Chris Kunitz on his right. Nonetheless, this season could be interesting with multiple changes and differences. There will also be a possibility of many Syracuse players making long runs in Tampa to test the waters for upcoming future years with aging veterans on the team.

We have signed Chris Kunitz to a one-year contract worth $2 million. https://t.co/MJOkwN0fbv

So, am I still pissed about Drouin leaving to a division rival? Quite.

Am I mad that he’s leaving at such a high point in his short career? Very.

But, as questionable as I make next season seem, things could like bright for the Lightning, even without Drouin. New additions, plus re-signing players from the AHL, will help bring a more well-rounded offense, and defense, to the wonderful city of Tampa Bay. It should be an interesting season in the sunshine state.

I now look forward to the idea of seeing what this new kid, Mikhail Sergachev, can do. I also look forward to possibly seeing the draftees playing in the NHL, making their mark in a new era for the Tampa Bay Lightning. But, I’d also like to see Drouin excel (except in games against the Lightning).

That may sound kind of strange and unusual, but if we can put so much faith into a young Sergachev, then we should be able to have faith he’s going to be as monumental as Drouin was for a short period of time.

End of rant: this has been another episode of: “You know what grinds my gears?” 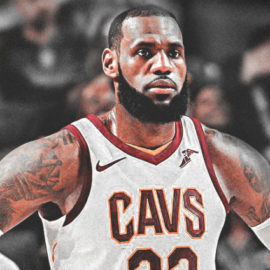 LeBron James to Re-Sign with the Cavs? 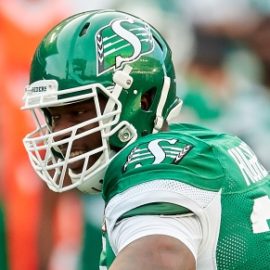