Real Canadian Wrestling held it’s annual Marie Ewaschuk Memorial show in Edmonton this past Saturday following their event in Calgary the night prior.

Here is what went down:

Steven Styles opened the show along with his daughter Jazmine. He came out to thank the fans and honour the Matriarch of RCW with a ten-bell salute. However, the show of respect interrupted by the Viking Rage of Vince Austin, Günnar the Pagan Destroyer, their Magical Dwarf, and their advisor Mr Spectrum.  Upset about their treatment and lack of championship opportunities, the Viking Rage proceeded to beat down on the owner of RCW.  However, none other than Steven’s son Matthew, with a kendo stick in hand, ran to the ring for the save, soon followed by the Commonwealth Champion, “The Universe” Zack Mercury.  Mercury grabs the mic, and issues a challenge to the Rage, as the three of them take on Mercury, Styles, and Matthew??? Matthew agrees, with Steven shaking his head the whole time.

A fast-paced opening contest, with the two newcomers looking to make their mark in RCW.  Dante used his cunning to take advantage of a young Grant Sales, who took an absolute beating from both his opponents.  In the end, the veteran Travis Cole took advantage of Andrews’ inexperience to hit a bridging German Suplex for the victory.

One of the two newest members of Dirty Inc., Maverick Jack, joined the faction purely to make Sir Epic Eddie Rhude’s life a nightmare.  Throughout the early part of the match, the massive Maverick Jack took it to Rhude, using his size to his advantage. However, Rhude was able to utilize both his veteran savvy and agility to turn the tide in his favour. Unfortunately, just as Rhude looked primed to finish off his larger opponent, Rhude’s archrival Cody Chimera appeared at ringside. While the distraction gave Jack a momentary advantage, Rhude persevered and was able to once again gain the advantage on his opponent. However, as is the case with so many matches, Dirty Inc. jumped in the ring to collectively beat down Rhude, causing a disqualification to end the battle.

After the faction Se7en exploded in Red Deer just a week before, the newly re-named Kayla Jaye was looking for a fresh start.  After tagging with Chris Perish in Calgary the night before, she found a familiar partner in Edmonton: former Embassy running mate Dean Richtor. Together they took on someone who was looking to take out both of them before any momentum could begin to run, the Monster of Dirty Inc. Cameron Stevens, along with newcomer Rylee Jade.  While Stevens and Jade looked very impressive in their offence, the team of Kayla Jaye and Richtor looked like they hadn’t missed a step early, including some impressive tag team manoeuvring.  However, a distraction by Jade allowed Stevens to gain the advantage over Richtor, who took an absolute beating throughout the match. Eventually, however, he was able to tag in Kayla Jaye who attacked with a fire and energy that seems to be next level. With Jade attempting to set up a finish on the former RCW Women’s Champion, Kayla Jaye reversed it into a DDT and the 1-2-3 for the Embassy.

The last time these two men met in a ring was in CWC in July 2018, where Meniac defeated the then-Alberta Champion by count out.  Now, after losing his title to Dylon Stone last Saturday in Red Deer and ending his relationship with Se7en member Envy, Pride was looking to take out all his aggression on the member of #tagSTRUGGLE. Pride entered a new level of violence in this match, trying to destroy Meniac on many occasions. However, the man known as “the Move Thief” managed to get some offence in, including a Stunner that sent Pride at least four feet in the air. However, nothing was enough to keep Pride down, and in a move not often seen from the tagSTRUGGLE member, Meniac headed to the top rope. Unfortunately, it cost him dearly, as Pride reversed Meniac’s double axe-handle into his “Swallowed Pride” finisher for the 1-2-3 in one hell of a contest.

The Slammer vs. Cody Chimera

This match marked the return to Real Canadian Wrestling for former RCW Heavyweight Champion the Slammer. Not one for taking it easy, the Slammer’s first opponent was a truly tough one in the blue chipper of Dirty Inc., Cody Chimera. While Chimera got some offence in, it appeared that Cody was going to receive a one-way ticket to the Slammerverse, with his larger foe taking control throughout most of the match. However, the match started to go off the rails when referee Charles Spencer got inadvertently kicked in the head as Slammer was giving Chimera an F5.

Together they beat down Slammer, almost guaranteeing a victory for Chimera. However, Sir Eddie Rhude entered and managed to clean house of the extra members of Dirty Inc., allowing the Slammer to hit the F5 for the victory.

Following the match, Chimera and Rhude got on the mic with a proposition to potentially end this rivalry.  On Saturday, May 4, in Edmonton, as part of the 16th Anniversary tour, Cody Chimera will put his hair on the line against Eddie Rhude’s RCW contract.  Will Rhude finally get his revenge for Chimera and Dirty Inc. cutting his hair last month, or will Chimera be able to tell Rhude where and when he can appear for RCW, if ever?

Saturday night saw a special treat for the Edmonton fans. Fresh off their appearance for Ring of Honor, the Voros Twins of Chris and Patrick, took on one of the best teams in the history of Real Canadian Wrestling, Top Talent.  Heavy Metal and Big Jess Youngblood had their hands full with the energetic pair, who hope to run the bigger men ragged.  With Big Jess Youngblood isolated, it looked like it was going to be an assured victory for the twins.  However, thanks to the interference of Top Talent’s personal cameraman at ringside, Big Jess was able to take out one of the Voros Twins with a wicked spear as the twin leapt off the top rope, for the pin and the victory for Top Talent.

The Marie Ewaschuk Battle Royale was held on April 20th in memory of the matriarch of Real Canadian Wrestling. In the end, the final four were Pride, Slammer, Heavy Metal and Big Jess Youngblood.  Once the smoke cleared, Big Jess came out victorious.  Big Jesse Youngblood is now a back-to-back winner of Battle Royals in RCW, as Youngblood won the Billy Bonecrusher Battle Royale in November as well. With the win, Youngblood will face off with former WWE Superstar Gangrel on May 4th in Edmonton.

Going into our main event, there were a lot of questions about what to expect.  The last time Matthew Styles was in an RCW ring it was one of the most controversial moments in RCW history.  How will Matthew do two years later?  Will Steven Styles let his emotions on this big night get the best of him?  Will the Viking Rage be able to divide and conquer the make-shift team?  You must give credit to the veterans Steven Styles and Zack Mercury, who devised a great game-plan in this match.  While Steven and Mercury did most of the heavy lifting, Matthew was able to hold his own in the ring.  Not only did he get in some solid shots in on Vince Austin, but Matthew also hit a beautiful head scissors takedown on the Dwarf.  At the first hint of trouble, Matthew tagged out and let the two veterans take control. He barely took a scratch.  Eventually, the match broke down into chaos, and both Styles were isolated on the Magical Dwarf in the ring.  A side slam by Steven followed by a splash from the top rope by Matthew allowed the Styles-Mercury team to earn the victory.

Following the match, the near seven-foot giant Günnar entered the ring, after disposing of Mercury with a chokeslam in the production area.  He proceeded to beat down a weakened Steven Styles and turned his attention to Matthew.  As the Pagan Destroyer held his hand around the neck of Matthew, preparing to give the kid a thunderous chokeslam to Valhalla, the Universe made it back in the ring to break it up.  Once the teams were broken up, the Universe challenged the Pagan Destroyer to a match at the 16th Anniversary Show in Edmonton May 4 for the Commonwealth Championship. While Günnar looked impressed; however, Vince Austin looked upset, likely due to his previous six-month championship chase.  Could it lead to dissension in the Viking Rage?  Or, is this just a part of the Viking Lord’s plan to take out the Universe?

To close out the show, Steven Styles addressed the crowd, thanking them for attending.  As well, he announced that due to injuries and wear-and-tear, Steven Styles is officially retired from competitive action.  His dream was to have a match with his son before he retired, and now that it has been accomplished, he can retire happy and focus on the business side of Real Canadian Wrestling, as well as take care of himself and his family.

Real Canadian Wrestling continues their very active schedule in Alberta over the next three weeks, with stops in Ponoka (April 26) and Didsbury (April 27).  Following that, Real Canadian Wrestling celebrates their 16th Anniversary with stops in Calgary (May 3) and Edmonton (May 4).  These shows will feature former WWE Superstar, the Vampire Warrior Gangrel, as well as the Current Ring of Honor World Champion Matt Taven.  Might Taven be looking past this weekend to his ROH World Title Defence against PCO May 9?  You’ll have to get a ticket to find out. 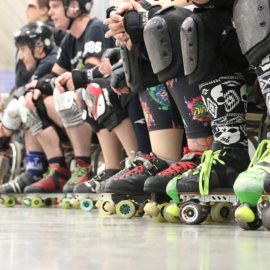 An Unofficial State Of The Union Address On Roller Derby 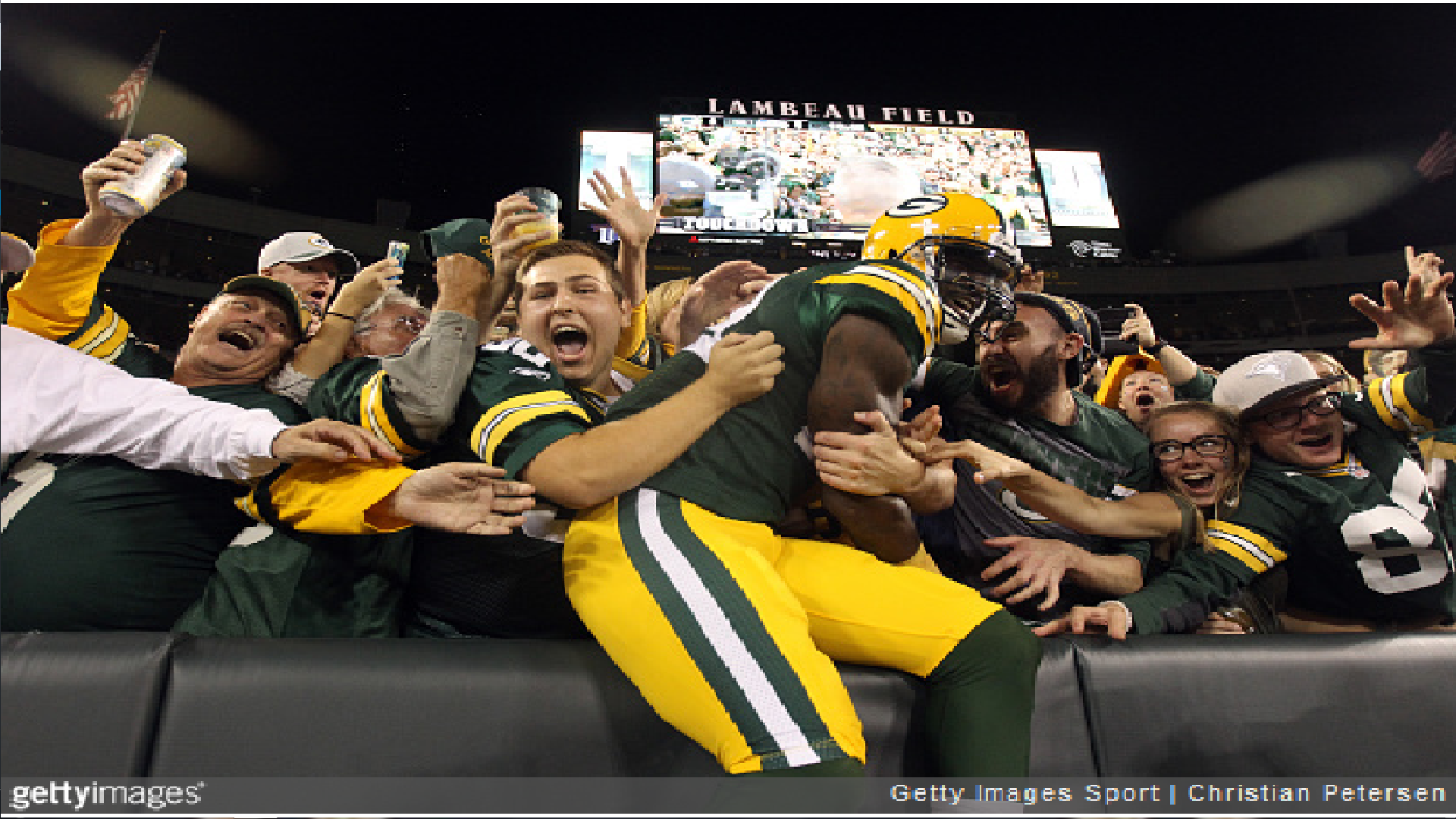