The blue brand sashays into Greenville, South Carolina tonight for the blue brand’s go-home show prior to Sunday’s SummerSlam. With AJ Styles set to appear, a six man tag team match between the New Day and SAnitY advertised and Jeff Hardy announced to return, it’s an action-packed edition for the August 14 Smackdown.

As always, I’m Spencer Love with your preview of tonight’s Smackdown!

Will Daniel Bryan vs. the Miz live up to it’s lofty expectations?

Firstly, yes, I realize that my last three previews have started with a paragraph about the Yes Man and the A-Lister. After years of underlying tension, the two are finally set to take their frustrations out on each other at SummerSlam. It’s a match many thought we would never get after Bryan’s unfortunate retirement; however, after being cleared in March it became a matter of it, not when WWE would give us this match. It was a must-watch feud from the onset; the two could have squared off anytime and it would be a certainty to generate buzz. In the past few weeks, however, the two have taken their feud to another level with a series of vicious backstage attacks and ruthless promos. Now, with so much hype behind the match, it has to be asked - can it possibly live up to expectations? The last match built as such a dream match was the maligned AJ Styles/Shinsuke Nakamura match at WrestleMania, which few fans look back on favourably. It’s also Bryan’s first marquee PPV match since returning from injury after a tag-team match at the aforementioned ‘Mania and two follow up matches against Big Cazz - er, Cass - in his five months back. Will it be excellent? Yes. Am I worried that people are setting themselves up for disappointment, much like Styles/Nakamura? We’ll see, but that doesn’t make it any less must-watch.

After weeks of promos, AJ Styles and Samoa Joe will engage in a ruthless physical affair just five days prior to their matchup at SummerSlam. Wait, what? They won’t? Styles is advertised to cut a promo? Alright, then.

Carmella, Charlotte Flair and Becky Lynch are scheduled to meet face-to-face-to-face on tonight’s Smackdown just days before they face off at the Biggest Show of the Summer. After Lynch and Flair teased tension two weeks ago, they seem to be on the same page after defeating the IIconics last Tuesday. I’m sure that means they’ll remain on the same page tonight and that everything will go smoothly and without incident, as these things usually do.

The Smackdow Tag Team Championship match for SummerSlam was confirmed last week, as the New Day defeated the Bar to solidify their shots at the championships on Sunday. However, before they face the Bludgeon Brothers, they’ll battle SAnitY tonight in a warm-up for their title shot. I’m still very, very upset that the Eric Young-led trio won’t be competing for the championships on Sunday, but why would WWE care what I think?

Shinsuke Nakamura (38) defeated R-Truth (46) last week as he prepares to face off against Jeff Hardy (40) at SummerSlam for the United States Championship. However, Randy Orton (38) looms in the wings, ready to strike at any moment. While nothing is on the official preview for tonight, what will happen to further the feud? Will any of the three make an appearance? Will Orton be added to the United States Championship match at SummerSlam, as has been rumoured for weeks? How are so many old people involved in this match? The list of questions goes on, but the feud ends on Sunday.

I know it’s been a hard few weeks for #RusevDay but I swore to make it up to @RusevBUL & @LanaWWE - so ahead of their #SummerSlam match, I’m demanding here and now to face @AndradeCienWWE 1 on 1 this Tuesday on #SDLive - I’ll do whatever it takes. https://t.co/P881KA0koN

That’s our show! You watching, wrestling fans? Let us know your thoughts by tweeting us tonight @WCSportsCA! 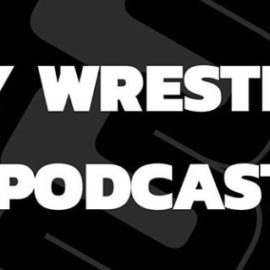