The stars came out to play in what was an extremely entertaining first weekend of Premier League action.

Manchester City and Liverpool both showed their dominance, the three promoted teams combined for only a single point, and it wasn’t all smooth sailing for a couple of new EPL managers.

Before the majority of fans had even made it to their seats, referee Andre Marriner awarded United a penalty after a handball in the Leicester 18-yard box. Luckily for all those fans rushing to their seats, Paul Pogba had possibly the slowest run up to ball ever in the history of football – extremely nice of him to be looking out for home fans like that. Nevertheless, the World Cup winner slotted the ball past a diving Kasper Schmeichel to give his team a 1-0 lead.

There wasn’t too much to report on until late in the second half.

Lukaku missed a great opportunity after coming in off the bench. If it weren’t for a phenomenal leg save from Schmeichel, United would’ve found themselves up by two. Shortly after, an unlikely hero did give United their two-goal lead. After some nice build-up play, Juan Mata found a galloping Luke Shaw on the top left of the Leicester box. A sloppy first touch over the defender made it seem like the opportunity was over. However, Shaw stuck with it and buried his first career goal.

Overall, it was a strange summer for United due to all the complaining Jose Mourinho did to the media. However, they got the job done on the field. Maybe Mourinho will let his team do the talking on the field now rather than him doing it to the press.

Despite not spending a penny in the transfer window, Spurs picked up three points on their trip north to Newcastle.

It wasn’t long though before Newcastle tied the game at 1-1. A fasted paced cross, whipped in from Matt Richie, was met by the head of Joselu for his first goal since December 23rd.

Spurs didn’t take much time at all though to get their lead back. Another headed goal, this time from Dele Alli, gave Tottenham a 2-1 lead which is how the game would end.

Newcastle was unfortunate to lose on the weekend. They hit the woodwork twice and had a goal determined by technology.

The Magpies do have a few decent players in their lineup. However, it still needed to add a couple more pieces in the transfer window. It’s too bad their owner doesn’t give a damn about this historic football club. Luckily for them, they have a manager that does.

Cardiff City didn’t get their Premier League lives off to the best of starts, falling 2-0 away to Bournemouth.

However, Cardiff played a competitive game in the second half but let themselves down with a poor first half showing.

Ryan Fraser got the Cherries on the board 24 minutes into the game. That goal was quickly followed up by a penalty after a clumsy challenge from Ecuele Manga brought down Callum Wilson in the box. Wilson would be the one to step up and take the penalty which was SAVED by Etheridge to keep the score at 1-0.

Cardiff was able to build a little momentum from the penalty stop and, as previously mentioned, played a much better second half.

However, Bournemouth sealed all three points in the 91st minute when Callum Wilson redeemed himself.

Even with all the money they spent, Fulham couldn’t get anything out of Saturday’s game against Crystal Palace.

The home team did dominate in possession. However, they allowed Palace to have numerous opportunities, and they finished with ten shots on target with only 12 chances created.

The first goal of the game came just before the halftime break. Jeffrey Schlupp managed to squeeze the ball passed Fabri from a tight angle to give his team 1-0 lead. Wilfried Zaha then picked up his team’s second of the game on the counter-attack with 10 minutes left.

Fulham played a decent game. This game just proved to them how difficult the Premier League could be and you can’t just buy your wins.

Maurizio Sarri said not long ago that Chelsea wouldn’t be playing at their best until at least three months into the season. Well, after Saturday’s performance the rest of the Premier League should probably start preparing for what’s to come.

The first goal came off a half-volley on the far post from everybody’s favourite player N’Golo Kante. The little French midfielder had a massive smile on his face which nobody can hate seeing.

A penalty from Jorginho - in his debut - and a late second-half goal from Pedro was all it took for Chelsea to breeze by Huddersfield Town.

The biggest question mark heading into this game was where Watford was going to get goals from.

Well, on Saturday the answer to that question was Roberto Pereyra, who had a fantastic two-goal performance against the Seagulls.

His was a superb volley from the top of the box of a free-kick which Matt Ryan did get a hand on but it wasn’t enough. The set-piece looked like something the team had been working on the training ground, and it worked out perfectly for the Hornets.

Pereyra’s second came just shy of 10 minutes into the second half. The Argentinean curled the ball around Ryan just outside of the six-yard box to give Watford a 2-0 lead and an opening day victory.

Watford dominated the game offensively with 19 shots with five of which being on target. Next week might be a little tougher for them as they travel to Burnley; a team that hasn’t allowed a goal in their last two competitive matches.

As for Brighton, they’ll be heading north to visit the Theatre of Dreams as they take on Manchester United. It seems unlikely that they’ll be picking up points there and could find themselves in a spot of bother with Liverpool coming up the following week.

Richarlison was quality in his Everton debut and gave his new club the lead twice. If it weren’t for the resilience of Wolves, he would’ve been given a lot more credit.

A controversial call just before half-time gave Wolves an opportunity to get the game to 1-1. After making a mistake on the edge of his own box, Phil Jagielka was given a straight red card after a lunging tackle caught Diogo Jota on the ankle. The referee was left with no other decision but to send him off. The free-kick resulted in a goal from Ruben Neves. A little fun fact about Neves is that every goal he has scored in English football has been from outside of the box.

The final goal of the game came in the 80th minute from the head of Raul Jimenez.

Everton made a number of signings towards the back end of the transfer window. Only Richarlison started the game, and Lucas Digne came off the bench. You should expect to see a few more new faces next week.

What a start to the season Jurgen Klopp got out of his players.

From the opening whistle, Liverpool was the better team in this one, and they proved that until the final whistle blew.

Mo Salah dressed for the first time since the Champions League final for the Reds and opened up his goalscoring account for the season 19 minutes in.

Then, on the stroke of half-time, Sadio Mane became the first player in 30 years to score in three consecutive season-openers for Liverpool. He’d also pick up another goal in the 53 minute.

With only a few minutes left, Daniel Sturridge gets his name on the scoresheet for the first time since November against Maribor in the Champions League.

Liverpool has a score offensive team. With Salah, Firmino, and Mane starting the games and then the likes of Sturridge, Shaqiri, and Lallana available of the bench it doesn’t get much better than that.

As for West Ham, they have a lot of good players, too. It shouldn’t take them long to get it all figured out.

The only goalless draw of the weekend could be found at St Mary’s Stadium.

Burnley had the majority of the chances, mostly in the first half, and will be disappointed that they couldn’t get more of a point from this game. Jack Cork had a goal disallowed within the first three minutes of the game but was flagged offside by the linesman.

Another key moment came when Burnley defender, Ben Mee, almost headed the ball it his own net. Luckily for him, Ashley Westwood was there to clear it off the line.

Both managers won’t be unhappy with a clean sheet to start the season. Especially Mark Hughes with Southampton.

Even with a new man in charge, Arsenal couldn’t put anything together against one of the top clubs in England.

Raheem Sterling got the goalscoring started on Sunday with his 50th Premier League goal. The goal came just 14 minutes into the match when he danced along the top of the box and fired it past Petr Cech.

The little Portuguese man, Bernando Silva also got his name on the scoresheet at the 64-minute mark.

The Gunners struggled to even play with City at times and were simply outclassed which is something Arsenal fans won’t want to hear. They had a better second half but still weren’t as good as they needed to be.

Unai Emery may have a more difficult job to do than originally thought. Luckily for him, he has to the players to turn it around. 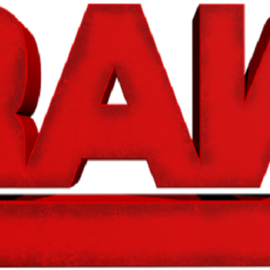 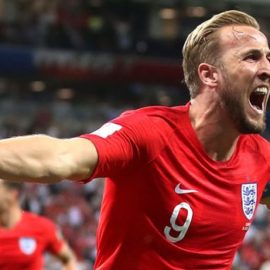