Another week, another episode of NXT. What a drag.

After an eventful week in WWE featuring a lot of early NXT call-ups, it throws a bit of a loop in the scheme of things for Black & Gold Brand. However, with a fantastic roster, creative writing team and Papa Haitch overlooking NXT, I have no doubt that they’ll be able to continue this similarly great product. They’re off to a good start, as NXT brings a TakeOver-worthy main event match on FREE TV tonight. What could this be? Let’s find out below!

As always, a recap of last week:

Tonight’s main event pits Johnny Gargano against Aleister Black in a steel cage match. After Aleister invoked his rematch clause with NXT Champion Tommaso Ciampa, Gargano said things weren’t over between the two of them, and Ciampa suggested that they settle things inside a steel cage.

Their WarGames 2 match was fantastic. This should also be fantastic. Expect Tommaso Ciampa to be watching this one very, very closely. I’m extremely curious to see who they have go over here, as neither can really afford a loss. Black needs to establish momentum before his main event match in Phoenix, and Gargano needs a signature win as a heel, in my opinion. It seems the three-way rivalry between Black, Ciampa and Johnny Wrestling is starting to come to a close - and it does make me a bit sad. I’m enjoying the last couple matches, and you should too. This match is worth tuning in for.

*If you’ve read spoilers, you know that this segment is amazing, from start to finish*

Continuing the feud established at Evolution and continued at War Games 2, Dakota Kai and Io Shirai (making her in-ring FSU de-butt!) get their opportunity to get their hands on Jessamyn Duke and Marina Shafir, who are also making their FSU in-ring de-butt! We know what to expect between the ropes from the babyfaces, but the heels are a question mark. Will they take to it like Ronda Rousey did? Or, will there be more of a learning curve for the two of them? Regardless, it seems that we’re getting the very start of an MMA vs. WWE Horsewoman feud, and this is a critical step for the development of the two newest members of the horsewomen. Plus, enjoy Dakota Kai on TV - unfortunately, her knee injury seems that it’ll take some serious time off to heal.

The newest tag team call-up Heavy Machinery is in action tonight, before their NXT Tag Team Championship opportunity next week vs Undisputed Era. Their impending call-up kinda takes a bit of suspense out of the next two weeks regarding the tag team division. However,, I’m not a fan of Heavy Machinery, so take my excitement levels with a grain of salt.

That’s it for this week’s episode! What do you think? Make sure to stay tuned to Win Column Sports by following us on Facebook and Twitter! Thanks for reading, and see you next week! 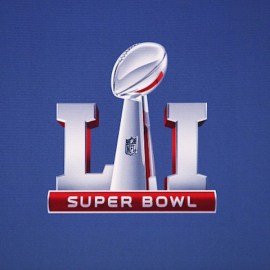