The black-and-yellow brand returns to the big apple on Friday night, as NXT TakeOver: New York takes place at the Barclays Center. As is traditional for the brand, five matches take up the card, with each of the five championships being defended including a 2-out-of-3 falls match between Johnny Gargano and Adam Cole.

No sense waxing poetic for too long; the WCSN panel make their picks for Friday’s event!

Spencer: Two angry European dudes beating the ever-loving hell out of each other? Sign me up. Pete Dunne’s record-setting reign with the championship has been a high point of the WWE over the past two years; however, he faces quite easily his most badass challenger in his reign’s history in the absolutely monstrous WALTER. No bones about it: we’re the real winners here, folks. Prediction: WALTER

Parker: RIP Pete Dunne’s chest. While Pete Dunne has done an absolutely incredible job as UK Champion in his record-setting reign, the biggest question going into this match is this: If not WALTER, then who can take the title off Dunne? The Bruiserweight’s run was incredible, and I’ll be sad to see it go, but it’s time to drop the strap. Prediction: WALTER becomes the new NXT UK Champion.

Prince: The card is absolutely stacked for this TakeOver or else I would say that this is going to be MOTN, and it very much still could be. Dunne has been champion for a very long time and though I would not mind him retaining, I think it is time for a new champ. Walter has money written all over him and I expect this bout to be gruel, intense and heaving - hitting. Prediction: WALTER

Hayden: It’s over for Peter Dunne. The walls are closing in. The excitement of having WALTER in WWE still hasn’t subsided, and a dominant victory over the longest reigning champion currently on the WWE roster is a perfect capstone to a whirlwind few months. Dunne has gone above and beyond as WWE United Kingdom Champion - it’s time to let someone else take the reins. Prediction: WALTER def. Pete Dunne to become WWE UK Champion.

Spencer: Talk about too much of a good thing. Weekly appearances across WWE’s three major shows have degraded the tandem of Black and Ricochet to, well, just another tag team in this fans eyes. Overexposed isn’t the right word, but I certainly do feel as though we’re seeing a little too much of the pair across three brands. The easy solution? Remove them from one. Having already given their farewell address to Full Sail University, it appears as though both Black and Ricochet are heading to the main roster full-time, and there’s no reason for them to head there with the NXT Tag Team Championships. Prediction: War Raiders

Parker: There is just no reason I can see to have Ricochet & Black become champions. Plus it’s just too early into the reign of Hanson & Rowe to end it here. Prediction: War Raiders retain their NXT Tag Team Championships

Prince: As Spencer has mentioned above, I have enjoyed seeing Black and Ricochet being on three brands simultaneously the past couple weeks, but it is time for them to permanently stay on the main roster. The solution to this? War Raiders retaining after both teams put on a spectacle for the crowd, as Ricochet and Black make their NXT departure in the process. Prediction: War Raiders

Hayden: It’s a little strange Blackochet is competing for two sets of titles come WrestleMania Weekend. Though it would be an odd call to see them win both the NXT Tag Team Championships and the Smackdown Tag Team Titles, it is plausible. They’ve gelled as a tag team. That said, seeing Blackochet walk out on Monday as duel champs is truly a worst case scenario. Hopefully, Hanson and Rowe are able to secure the bag and hold on to their tag team championships. They are the better team. Prediction: War Raiders retain the NXT Tag Team Titles.

Parker: While the Dream has continued to improve, and is well deserving of holding the belt, some circumstances come into effect. While I do believe the plan was for him to hold the title for a while, NXT’s main event scene has been gutted a bit. I think the brass in NXT sees both of these men as stars and will move Velveteen into the main event scene again while he drops the strap. Riddle could be a fantastic workhorse champion for the NA strap and could be the first to have an extended reign with the belt. Prediction: Matt Riddle becomes the new North American Champion.

Prince: I share similar sentiments with the rest of the panel. I am a fan of both men, but Riddle should pick up the victory here and go on to have a long reign as the Velveteen Dream transitions into the main - event picture. By the way Hayden, the Dream is not overrated. Prediction: Matt Riddle

Hayden: Velveteen is overrated. He doesn’t deserve to win. We get it, you break the fourth wall and can do a Death Valley Driver. Piss off and let Riddle take the reins. Prediction: Matt Riddle becomes NXT North American Champion.

Spencer: I’ve said for months that Baszler is due for a loss, and it’s about time I shut up with saying that. Could I see her moving up to the main roster soon? Absolutely - as soon as the RAW after ‘Mania. However, I think she’ll be doing so with her championship still firmly around her waist. Prediction: Shayna Baszler

Parker: Really, anyone other than Baszler is gonna win here I think. The timing is just too good for her to head up to the main roster, and she’s done all that she can in NXT. So, this is really just a guess between the other three. I don’t think they’ll give it back to Sane, and I think that Belair could steal one here. But I honestly don’t know between the three. Prediction: Bianca Belair becomes the new NXT Champion.

Prince: Shayna Baszler needs to be called up immediately. For that reason alone, she will drop the title. Now, who should win the title? I am not sure but I am particularly fond of Kairi Sane. The crowd loves her, and giving her reign is exactly what she needs to be a focal point of the NXT women’s division. I wouldn’t mind any of the three women winning, but if I had to choose, I would go with Kairi. Prediction: Kairi Sane

Hayden: It’s over for Baszler. The walls are closing in. Those walls are all being pushed concurrently by Kairi Sane. Though both Io Shirai and Bianca Belair are capable champions, it’s too early for Shirai, and the timing isn’t right for Belair. But, I could be wrong. Sane needs something to bite into and a reign as NXT Women’s Champion is due. Prediction: Kairi Sane becomes new NXT Women’s Champion

Spencer: The redemption of Johnny Gargano has been one of the best wrestling storylines in years, and winning the NXT Championship at the biggest show of the year would be a monumental way to cap off one of the black-and-yellow brand’s biggest triumphs of all-time. However, as wonderful as Johnny Wrestling hoisting the title would be, Adam Cole and the Undisputed Era stand in his way. With a clear numbers advantage and the technical skill to match up with Gargano, I think we’re poised to see the Panama City Playboy lifting gold on Friday night. It’s Undisputed. Prediction: Adam Cole

Parker: If Johnny was facing Ciampa here (get better soon champ), then there’s no doubt in my mind we would see Gargano win the belt here. But, would it really be that satisfying to see him beat Adam Cole for the NXT Championship? Cole’s proven he can be the top champ in every promotion he’s been in, and he has the numbers advantage here. Honestly, however, this one is up in the air. I just think it would be a weak ending to the Gargano arc in NXT to win the belt here. Prediction: Adam Cole becomes the new NXT Champion.

Prince: This is hard. Johnny winning would complete his redemption arc, however, it will not have the same effect compared to him taking the title from Ciampa. Due to that particular reason, I believe Adam Cole picks up the victory here. This match is going to be long and technical, and I look forward to every second of it. Expect some outside shenanigans from the Undisputed Era to help Cole edge out Gargano as he poses with his boys with the title proudly above his head to end off the night. Prediction: Adam Cole BAYBAY

Hayden: It’s difficult to guess on this match. Ciampa vs Gargano was bound to be a legendary match - but that doesn’t mean Gargano and that fat bastard Adam Cole aren’t capable of the same (if not better). Gargano comes into this match alone, while Cole has a distinct advantage in his Undisputed Era teammates. That said, Gargano comes in, hot off of one of the best stretches of his career. Calling this is tough, but my edge goes to Adam Cole. 2019 is the year of the Undisputed Era. Prediction: Adam Cole becomes NXT Champion. 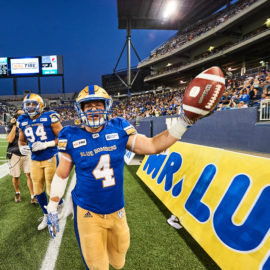 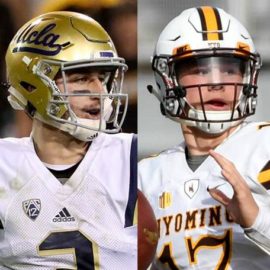 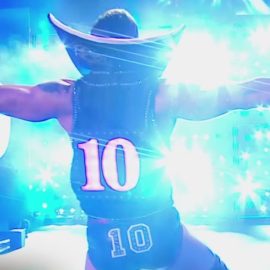