This past year’s rookie quarterback class may be one of the best in recent years. So many names have unexpectedly come out of the 2018 class as potential future stars. With five quarterbacks taken in the first round, the idea is that they will all pan out but as we all know, that rarely happens. However, this year’s class may be the exception to that.

Baker going first overall to the Browns in the 2017 Draft took a few by surprise. The talent was there, but many saw the Oklahoma QB as a retread of Johnny Manziel. However, Mayfield proved he can be a legitimate starting QB for Cleveland, something Manziel failed miserably at.

A combination of an opportunity to start early in the year and a coaching change which saw Hue Jackson ousted at bench boss, Mayfield started to thrive under centre. The rookie threw for 3,725 yards and a rookie record 27 touchdowns to just 14 interceptions.

Mayfield was a large piece in the Browns tying their most wins in a season since 2007. Cleveland finished with a 7-8-1 record and did something each week they hadn’t done in years - be competitive week in and week out.

With a new coach coming in 2019 along with some explosive weapons on offence, Mayfield looks to have Browns fans finally able to cheer about their team with pride.

The third overall pick in the draft went to the Jets after the organization traded four picks to move up and select their QB of the future. The Jets haven’t had luck selecting QB’s in the first round, but after just one year it looks like they may have finally made the right selection.

With a 4-12 record and a top-four pick in the 2019 draft, the Jets didn’t have the success this year that the Browns. However, that doesn’t fall on Darnold. Yes, he had his struggles this year in throwing 15 interceptions, but he grew as a player and QB towards the end of the season and gave New York something to look forward to.

Darnold threw for 2,865 yards and 17 TD’s finishing with a positive TD-INT ratio in 13 games. He had a 57.7% completion percentage but most importantly showed that he can win games when needed. He gives the Jets a solid piece to build around for the future, especially with that 4th overall pick in the 2019 Draft.

Like the Jets, the Bills traded up to take Josh Allen 7th overall. The pick was one that was a little baffling at the time. Coming into the 2018 season Josh Allen wasn’t expected to get much playing time for the Bills being labelled as a project player.

Despite the idea that he needed time on the sideline, Allen found himself playing in 12 games. The first few games were rough with passer ratings of 56, 63.3, 36.3 and 36.4. However, Allen really turned the corner midway through the season. He finished with just over 2000 yards passing and 10 TDs to 12 INTs.

It wasn’t just what he did with his arm that was impressive, either, but what he did with his legs. He ran for 631 yards and 8 TDs on the year. A quarterback who can run better than he can throw is typically not ideal, but Allen showed late in the year that he can find ways to win games. The Bills went 3-3 in their last six games including a dominating 42-17 win over the Dolphins in Week 17 where he threw for 224 yards and 3TD’s and ran for 95 yards and 2TD’s.

Three picks after Allen was selected, the Arizona Cardinals picked Josh Rosen with the 10th overall pick. Rosen is probably the biggest question mark out of this group. He played in 14 games after Arizona moved on from the oft-injured Sam Bradford.

Rosen threw for 2,278 yards and had a TD-INT ratio of 11-14. He was sacked 45 times while only rushing for 138 yards not showing much escapability. Despite the disappointing stats Rosen played for the worst team in the league, with the Cardinals only winning three games all year and securing the first overall pick in the 2019 Draft.

Despite the team’s poor record, Rosen showed the raw talent that he possesses isn’t a fluke and with a new head coach that fits Rosen’s style and the addition of great offensive weapons and Rosen could develop into a great quarterback for Arizona.

Here’s the wild card of this quarterback class. Jackson was selected with the last pick in the first round after Baltimore traded back in the round with the Eagles. Jackson was taken as the heir apparent to Joe Flacco. It took longer for Jackson to secure the job with his first start coming in Week 11.

Until that point, the former Louisville QB was used sparingly as a wildcat option and making big plays from time to time. At the midway point of the season, the Ravens had lost three in a row and held a 4-5 record. Jackson got the start in Week 11 and never looked back.

The team won six of their last seven games, while Jackson threw for 1,201 yards and 6TDs. Much like Josh Allen, however, it’s not just what Jackson does with his arm but his legs as well. Jackson ran for 695 yards and 5 touchdowns on top of his stellar passing numbers.

Mixing the Ravens smothering defence with Jackson’s running abilities have helped get Baltimore into the playoffs for the first time since 2014. The Ravens also won the AFC North for the first time since 2012, the year they won the Super Bowl. Jackson’s kick-started faster than expected and while there are still some rough edges to his game, he shows a knack for winning games and being clutch.

The 2018 Draft Class saw five quarterbacks taken in the first round and all five have become starters for their respective clubs. This could go down as one of, if not the best quarterback draft class in NFL history should they progress the way it seems they might. Get ready for the future, fans - we may just witness history. 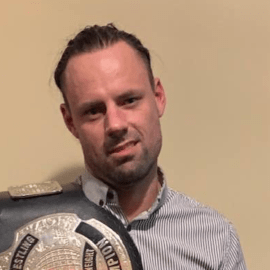