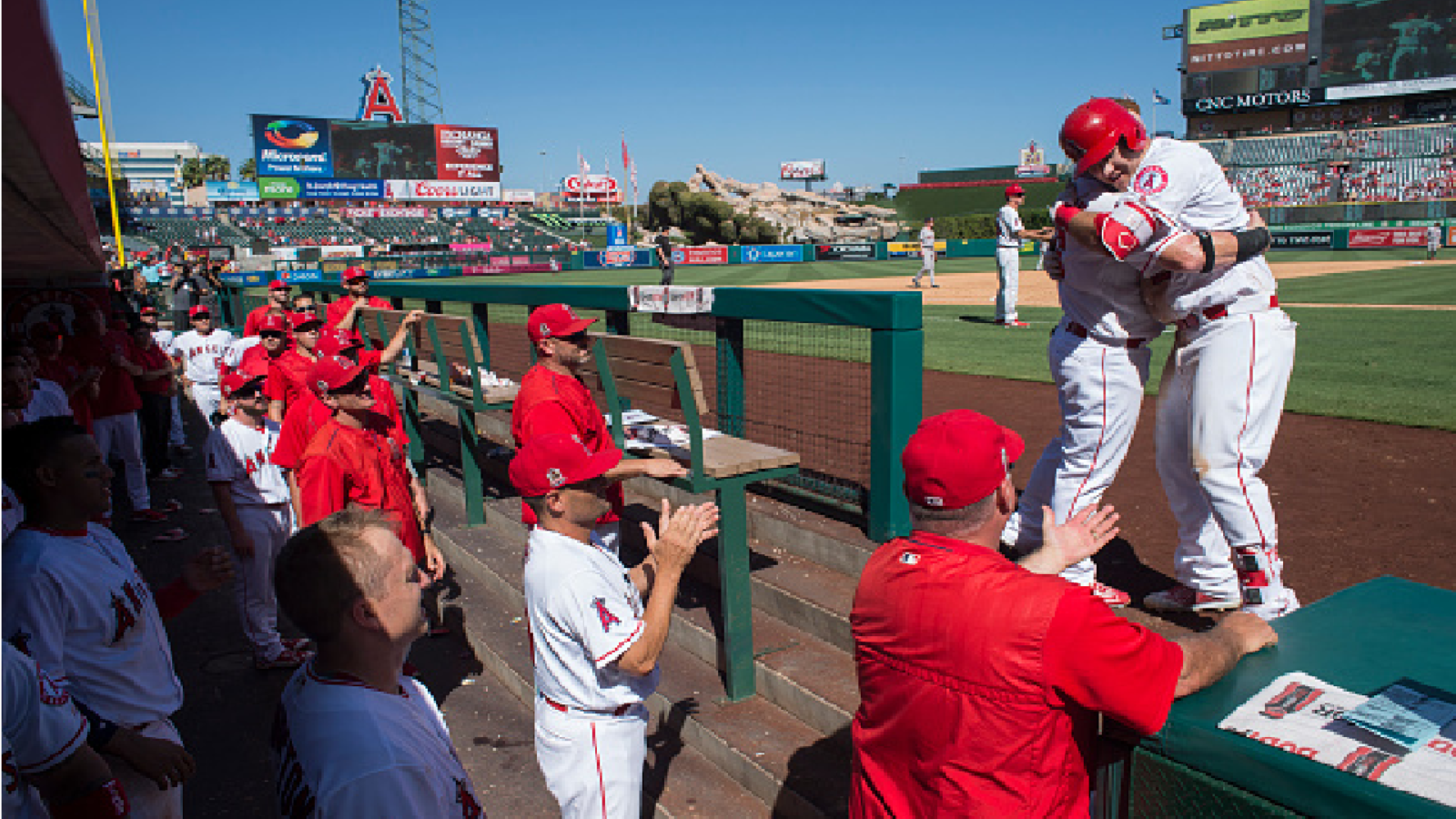 All 30 MLB teams have now played a Spring Training game with some of the games picked up by MLB.TV. Being old enough to remember a time when zero games were being broadcast over the phenomenon known as the internet, one appreciates the opportunity to see various great players at their own convenience instead of only when their hometown team played against them.

The NBA is the best league in advertising the name on the back of the jersey instead of the logo on the front of the jersey. Using that stream of thought, if your team is in the National League, here is one player per American League team that is definitely worth a “MLB.TV alert”!

He finished third on the team in homers but Manny Machado is so much more than homers. Machado covered shortstop while teammate J.J.Hardy was out with injury and did not miss a beat. Yes he was drafted as a shortstop back in 2010 but did not play a game there until 2015. Simply put, the man can dazzle you both with his bat and his defense. He won’t steal 20 bases like in 2015 but he will steal more than the 0 his stat sheet offered last season.

The above tweet is the lasting image of Pablo Sandoval from 2016. He is now a much healthier version of himself and has got off to a much better start:

It was good to see Pablo Sandoval playing baseball again Thursday afternoon. The slimmed-down Kung Fu Panda started at third base against the Northeastern Huskies, cracked a double to right (headfirst slide into second), and handled all of his chances nimbly in Boston’s 9-6 win over the collegians. Boston Globe

If ever there was a candidate for comeback player of the year, your chance to see a man recapture lost glory is unfolding in Boston.

I want to say Yoan Moncada. I want to believe the “we know we are not going to be good this year” White Sox will completely bypass Triple A ball with Moncada and give him the opening day start. Unfortunately White Sox fans may never see Moncada and staff ace Jose Quintana on the same field during the regular season as Quintana is target of many trade rumours. He’s the man you want to use MLB.TV to watch because he may be coming to your team.

Prized free agent signing Edwin Encarnacion has increased tickets sales in Cleveland and will increase the amount of viewership of Indians game on MLB.TV.  Encarnacion’s “Ed-wing” is a highly anticipated occurrence expected to happen approximately 40 times this upcoming season.

The aging core of the Tigers  all still there and still worthy of using MLB.TV for but my vote goes to 2016 Rookie of the Year Michael Fulmer. What does the soon-to-be 24-year-old do for an encore on a team that desperately needs the infusion of youth and excellence?

The Astros quietly won the off-season acquiring catcher Brian McCann to tandem with Evan Gattis in what might be the most powerful catching duo in baseball. In losing outfielder Colby Rasmus to free agency, the Astros added Norichika Aoki and Josh Reddick. My pick to win the AL West in part because of these moves but more-so for the belief Dallas Keuchel will return to his 2015 Cy Young Award winning form (to the point I’m predicting him it again in 2017). If you tune into watch Keuchel and he struggles, the consolation prize is watching two of the best young stars in the game in Carlos Correa and George Springer.

Jorge Soler might be able to do something no Royal has done since 1985: Hit 36 homers. https://t.co/13NaPCsQbR pic.twitter.com/XDQltDe1R6

The nod would have went to the electric stuff of Yordano Ventura - may he Rest In Peace. The acquisition of Jorge Soler is intriguing. Lost in a logjam of outfielders in Chicago, Soler will now get the chance to play everyday in KC. Will his body let him?

For his career, Soler has had six stints on the disabled list since leaving Cuba. Those stints were all results of left leg injuries including a calf strain, ankle sprain, oblique pull and the aforementioned hamstring pull. Link

In small sample sizes, he has shown some power at the plate. With consistent playing time, is a 25-homer season a reality?

Byron Buxton was  regarded as the number one prospect in baseball in 2014 and 2015 and number two prospect in 2016 according to MLB’s prospect ratings. Buxton struggled terribly in 2015, which in and of itself is okay because it was his first taste of the big leagues. 2016 was not much kinder to Buxton but he did swat 10 homers in 331 plate appearances. Is this the season, he realizes his potential?

Honourable mention to fellow 23-year-old teammate Miguel Sano who may have finished 4th in the AL in homers and lost 33 points off his batting average but hit 25 homers. Sano also committed 15 errors in 42 games playing third base (where he is listed to play on the Twins depth chart), so tuning him to make adventures happen at third is also a possibility.

Remember at the turn of the century when the Yankees were always in the World Series picture? Many called them the “evil empire” because of the money spent by the team to “buy” the championships but in reality the core of those groups - Derek Jeter, Jorge Posada, Bernie Williams, Andy Pettitte, Mariano Rivera - was “home grown”.

Well the Yankees are seemingly doing it again. Sure they spent money on Aroldis Chapman, Chris Carter and Matt Holliday but the reason to check out a Yanks game on MLB.TV is because of the young talents of Gary Sanchez and Aaron Judge. Get ready to love to hate them all over again.

Simply put, Sonny Gray had the worst year of his short 4 year career in 2016. Was it pressure he put on himself after placing 3rd in the Cy Young Award race in 2015? Was it his body breaking down a bit from back-to-back 200+ seasons? Was it the constant trade rumours swirling around him? Well, 2 out of 3 of those questions are off the table entering 2017. At first, tune into a Gray game to see if he returned to his dominating self, then check back to see him dominant.

On night’s he is not pitching there is the superhero trio of Kyle Seager, Nelson Cruz and Robinson Cano.

Kevin Kiermaier’s Gold Glove highlight reel catches are always a treat to watch. Also always fun to watch is the animated ace of the staff Chris Archer. Archer’s ERA ballooned by almost an entire run en route to leading the league in losses (19) - 11 of those games the Rays scored two or less runs. He was one of only ten pitchers to give up 30+ homers but was also fifth in the league for most strikeouts (233).

Have as much fun playing ⚾ as Adrian Beltre does. #MondayMotivation pic.twitter.com/mvWuRCUuTC

The best character in baseball is Adrian Beltre but he is not only hi-jinx and smiles, he’s a bonafide threat at the plate.

Adrian Beltre needs 58 hits to reach 3,000, which would make him the 31st player to reach the milestone. pic.twitter.com/Tsv7kuU6B6

If you like hitting, the Blue Jays feature a tweaked vision of “murderer’s row” in Josh Donaldson, Jose Bautista, Kendrys Morales and Troy Tulowitzki. If you like pitching, they have the young dynamic duo of Aaron Sanchez and Marcus Stroman. These are all great reasons to watch while you wait for Kevin Pillar to go all Superman in the outfield!

The Pillar choice though is super bias.