On March 10th, 2018 I wrote an article for the Edmonton Prospects Baseball Club website titled “Roberto Alomar Pens Letter To Edmonton Mayor To Keep RE/MAX Field”. Alomar was in Edmonton as the keynote speaker at the yearly mid-February Edmonton Prospects Gala. It was a winter of discontent for many baseball fans in Edmonton as we were made aware that City Council was looking at all options in terms of the River Crossing Neighbourhood Structure Plan (NSP) project which included demolishing the ballpark.

On March 12th 2018, Mayor Don Iveson responded to the growing concerns of Prospects fans, saying “We haven’t made any determination one way or another what the long-term strategy will be for the ballpark, but rising attendance numbers obviously help the case for reinvestment…certainly, there has been speculation over the years about redevelopment of the ballpark. The city has no intention to do that at this time; it’s just an option or a suggestion that’s been made in the past…there’s no particular agenda other than to honour the lease commitments we have with the Prospects and work with them to expand both the baseball use as well as… concerts, things like that — that help sustain the facility.” SOURCE

Fast forward to January 31st, 2019 and you have Edmonton Prospects Managing Partner Patrick Cassidy holding a press conference telling everyone his plan for turning a negative into a positive. The lease contract signed between the Prospects and the City, in regards to the ballpark, was through the end of the upcoming 2019 season with an option for the 2020 season. He informed us this that the City has declined the 2020 option. The plan put forth by Cassidy is as follows: The Prospects themselves would finance the estimated upgrade costs between $2.75M to $3.25M in exchange for a  25-year lease/license to RE/MAX Field. The offer was supposed to be officially handed in on February 15th.

I have been a volunteer with the Prospects since they moved to the downtown gem of a ballpark in 2012. Each season I would do just a little bit more culminating in last season being my most involved year writing recaps to every regular season game and also being a ticket taker for a high percentage of home games. As such I have developed a working relationship with Mr. Cassidy. On February 22nd (a week after the offer was handed in) I e-mailed him to ask if the offer was actually submitted because I have not heard anything about it. On February 25th he responded:

“Yesterday I did get a response from the City. It basically stated…If you wanted clarification from the City you might try calling Kyle Ferguson, our new City Liaison, or Roger Jevne as I wouldn’t want to speak on behalf of the City.”

An e-mail was sent out that night and this was Mr. Jevne’s response on the morning of the 27th:

“We are currently finalizing our timelines for this process. We anticipate an information report going to the Community and Public Services Committee of Edmonton City Council in the spring with a Request for Submissions coming from our Real Estate Branch to follow.”

From the outside looking in, this is a cold, calculated move by the City. As the old saying goes, “that’s business”. However, in this writer’s opinion, the City not pressing the rubber stamp on the Prospects offer is a sign they are hoping for a “better” offer”. Of course the politically correct term for “better offer” is “due diligence”.

My question is why does it have to be this way? Yes, City Council has likely fielded many calls and surely has seen the many social media posts from Edmontonians pining away for a higher level of baseball. No, I do not believe that Patrick Cassidy and company should get booted out of RE/MAX Field because the Prospects have done everything that Mayor Iveson politely asked them to do last season as noted in his quote from March 12, 2018. The Prospects attendance continues to rise. A former Edmonton Prospect Brenden Wiun is the General Manager for the new Edmonton Collegiate Baseball Club playing out of RE/MAX Field. The field hosted the 24 Hours To End The Stigma charity softball game. The game of baseball and use of the stadium are both growing under the direction of Cassidy.

The Prospects are willing to pay for the necessary upgrades to keep RE/MAX Field up-to-date. Only an eternal optimist would think a Triple A team would come to Edmonton and eat the costs of upgrading the building. Please, Edmonton, do not make taxpayers pay more money for a venue when we have an owner willing to foot the bill. Most importantly, please do not let the cloud of uncertainty hang over the Prospects all season long. 2019 is suppose to be an exciting year especially with the first ever WCBL All-Star Game being held in our wonderful city on July 8th.

Please Mayor Iveson and Edmonton City Council, let’s play ball, on and off the field. 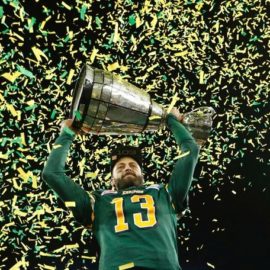 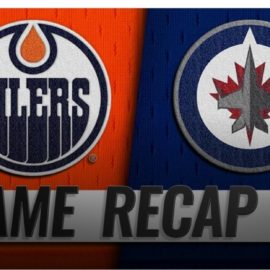