The Edmonton Collegiate Baseball Club season starts today (Saturday March 23rd). The team plays on the road against the defending Canadian College Baseball Conference Champion Okanagan College Coyotes. One ECBC player who will not be in the lineup is Matt Andreassen. To explain to you who Matt is and why he will not be in the lineup I have enlisted the help of the most qualified reporter I could find - his Mom Cathy.

Meet #9 Matt Andreassen from Camrose, an outfielder for the Edmonton Collegiate Baseball team; third year Commerce student at University of Alberta, entering the Honours Accounting Program in the fall - and my oldest son. As a proud baseball Mom, I’m so thrilled that Matt has the opportunity to play a high level of baseball in Edmonton, while still attending the post-secondary institution of his choice. To quote Matt, “he is a student who just happens to be an athlete.”

Matt has always loved baseball. His desire to become a more skilled player saw him attending several Baseball Alberta winter camps in Tucson, AZ and the SEEBA winter camps, expertly run by Coach Rod Scammell and Coach Bobbie K.  While winter driving has never been a favourite activity of mine, driving from Camrose twice a week so that Matt could increase his baseball skills was a sacrifice we, as his parents, were willing to make.

His dream of playing AAA became a reality in his second year of Midget, playing for Coach Scammell.  Unfortunately, that dream was short lived, when Matt had an outfield collision with teammate Taylor Jones.  Despite both calling for the ball at the same time, the collision left Taylor with a broken tibia & fibula and Matt with a fractured tibial plateau.  Words cannot express the heartbreak I felt for him, watching as the nurse cut off his baseball pants, hearing that he would require surgery.

The following season,  Matt would finish out his Midget AA baseball back in Camrose. With a very nervous Mom watching from the stands! After all, my kid was running around with a plate & screws holding his left knee together!!!

The development of the first “U of A” baseball team in the fall of 2016 was a perfect opportunity for Matt to play a higher level of baseball while attending the Augustana campus of the U of A, in Camrose. It was also the year the team traveled to Arizona & Nevada for spring training. When the team folded the following spring, it was disappointing for all of the players & families involved.  But thanks to the hardworking efforts of teammate Brenden Wiun, the team was reestablished. Another season of probationary baseball followed.

Now the Edmonton Collegiate Baseball team is gearing up for its inaugural season in the CCBC. We are extremely proud of Matt & his teammates for their dedication & commitment to this team.  The players are all students, who are also committed to their collegiate studies in Edmonton. With excellent coaching from Ethan Elias, Michael Suchy, Nathan Coffin and Taylor Burns, we look forward to a great season.

By the way, if you are looking for #9, Matt will hopefully be back in the outfield near the end of the season. He fractured his right ulna at practice on February 7! Oh Matt!!! But I will still be in the stands cheering on our team.  After all, these boys are like family!

Thank you Cathy. A story from the heart is always better than a story from the outside looking in. We have one more “Mom’s perspective” article coming your way tomorrow but first we have a couple of games to play today against the Coyotes. Your first chance to see the ECBC at home will be on Saturday April 13th beginning at noon. Home is RE/MAX Field and the cost is zero (even parking is free). See you at the ballpark! 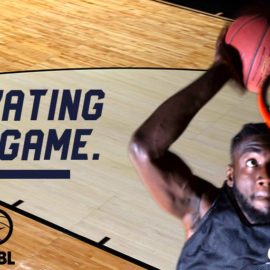