We have reached the quarter mark of the 2018 season. After starting the season with a 5-2 record, the Prospects endured a 4-game losing streak that ended Saturday night versus the Lethbridge Bulls. The 2,140 RE/MAX Field faithful watched their team explode out of the gate taking a 6-1 lead after two innings. Helping guide the team to a 6-3 win, two Arizona born pitchers put in quality nights on the mound. The Prospects are now 6-6 and look to climb back over .500 when they close the 3-game series versus the Lethbridge Bulls Sunday afternoon at 2PM.

For the second night in a row the Bulls were able to score in the opening frame. The first three batters reached safely which resulted in one run scoring. The first out of the evening turned into a doubleplay when the runner on third strayed too far away from the bag on a routine groundball to second base. Alert defense by Prospects first baseman caused Nick Spillman forced a rundown which ended with the baserunner being tagged out at home. The defensive play of the game though goes to right fielder Daylen Calicdan with a web gem of a catch in right field doing his best impersonation of Superman laying out to make a catch.

The early stellar defense put the Prospects starting pitcher Rich Walker into a groove. Through the 2nd to 5th innings, Walker would only allow two baserunners - a single and a walk. For the first time this season Walker pitched into the 6th inning but needed help getting the last out giving up two runs. Walker’s final line was 5 2/3 innings, 3 runs allowed on 7 hits with 4 strikeouts.

Percy Liu, for the 6th time this season, led the ballgame off by getting on base. Zane Takhar’s 3rd double of the season also became his 3rd RBI of the season as he drove home Liu. Calicdan collected his 10th RBI of the season with solid but unspectacular run scoring groundout. Spillman, who leads the WMBL in batting average (.450), singled and was brought home by a Tony Olson single. The RBI was Olson’s 13th of the season putting him in a tie for 4th overall in the league in that category. Your score after one inning was 3-1 Prospects.

Jake MacDonald led the bottom of the 2nd off with a single. With 2-outs Takhar earned his second RBI of the evening with a seeing-eye single to center field. Calicdan would follow suit and flair a ball into center field. An error by Hank Forrest allowed Takhar to score and Calicdan to go to second. Spillman’s second single of the night became his first RBI of the evening and gave the Prospects a 6-1 lead after two innings.

Josh Sieglitz made his Prospects debut on the mound in the top of the 6th with 2-outs and the score 6-3 for his team. Sieglitz only allowed a single in the 7th and a lead-off walk in the 8th. A great first impression on Prospects fans, Sieglitz’s final line was 3 1/3 innings played allowing no runs, one walk and compiling three strikeouts.

This is a tossup between Zane Takhar’s two RBI night and Josh Sieglitz’s wonderful night on the mound. The bias here goes to pitching. Sieglitz, who has a complete game under his belt from this past season at GateWay Community College, could not have asked for a better WMBL debut with the Prospects. 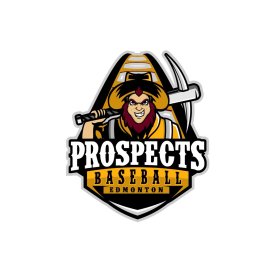