EDMONTON, AB: The Dads are alright!

“For two-and-a-half years, we have been telling everyone we are the best damn tag team in MPW!” said Rick Jules. “Tonight, we proved it. The whole division better get ready to get down with the DBS!”

The loss ends High Octane’s reign with the titles at 91 days.

Saturday’s victory completes a gruelling two-and-a-half-year journey for Crowder and Jules to the top of the promotion’s tag team division. Since joining forces, the duo have come within inches of the MPW tag titles; however, the duo has never been able to capture the championships despite their numerous attempts. Tonight, however, Rick Jules and James Crowder were finally able to defeat High Octane for their titles. All it took was a patented Bees Knees from the Dad Bod Squad to secure their victory. In an emotional moment, the DBS brought their children into the ring to join their dads in victory.

Stay tuned to the WCSN for more from the MPW Eliminator. 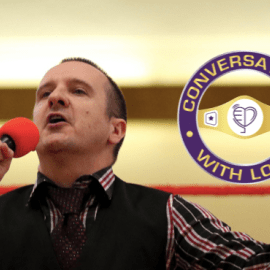