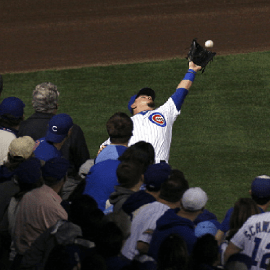 Logically, the only way to do “true” power rankings is to rank teams according to their winning percentage. Sure there are arguments to that logic on a weekly basis, like ease of opponents and whether or not a team was playing at home or on the road BUT regardless of circumstances, shouldn’t the better team always win?

Last night, we just saw the Pittsburgh Penguins win the NHL Stanley Cup against the “don’t call them a Cinderella story” Nashville Predators. The Predators entered the post season the lowest ranked team. Although, if we used straight up win-loss records (by lumping the stupid loser point category into losses), the Toronto Maple Leafs were actually the lowest ranked team in the playoffs. Regardless of formalities, the better team won.

So to test the theory of power rankings and win percentages, here is the current logical MLB power rankings. One note on the logic, first place teams in their respective divisions are automatically slotted 1-6. As you can see there are no records listed just win percentages with any movement from last week noted in brackets. We are going to use these rankings to predict the outcome of 3 beginning of the week series’.

Simply because the Rockies play in the mile high State they will always be cursed with the moniker “Coors Field Effect” and therefore prognosticators will always suggest that the numbers of any Rockies batters will be inflated due to the thin home air but here’s the catch - the Rockies are 24-11 on the road so far this season.

With Jameson Taillon returning Monday night to face the Rockies, people will be sentimentally swayed to give game one to the Pirates. The final game of the series pits the Rockies German Marquez, who has struggled his past two starts, versus the Pirates Chad Kuhl, his last two starts have been his strongest.

Widely predicted to be a 2017 National League playoff match-up, this mid-June series between the defending champion Cubs and playoff hopeful New York Mets paints a different picture. The Cubs are middling along at .500 while the injury bug has taken quite a bite out of the representatives of the Big Apple. The Cubs are a miserable 11-16 on the road while the Mets are an equally miserable 14-19 at home. Follow logic and take the Cubs to win the series.

This inter-league series has a real possibility of being a World Series preview. The Dodgers sit 2nd in the NL West with a .609 win percentage while the Indians sit 2nd in the AL Central with a .517 win percentage. The Dodgers are only 14-15 on the road which makes choosing the home team tempting, even though the Indians are only 14-15 at home. Follow logic and take the Dodgers to win the series.