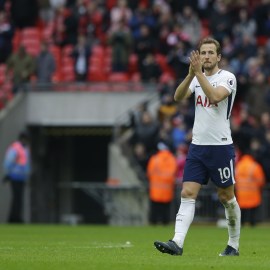 Liverpool is heading into this match with two clean sheets after two games to start the Premier League season. They looked phenomenal against West Ham in week one and maybe played well the following week against Crystal Palace at Anfield. They may have only played two games but Liverpool is looking unbeatable right now. However, they would’ve been hoping they’d be playing a Brighton team with a little less confidence.

Last week, Brighton pulled off the biggest upset of the season, so far, with a 3-2 victory against Manchester United. It wasn’t a flukey win for the Seagulls who looked like the better team for the entire 90 minutes. They’ll have to match, if not better, that performance from last week if they want to get the same result against Liverpool

It’s the battle of the winless at the Emirates Stadium on Saturday afternoon.

Arsenal has received plenty of criticism for their start to the 2018/19 campaign, but to be fair they have played two of the best teams in the league this season. Against Chelsea last week they were unfortunate not to walk away with at least a point if not all three.

As for the Hammers, they’re in a similar situation to their London rivals: a new manager, a new system, and new players.

All eyes should be on this game on Saturday. Depending on the result, the alarm bells could start to ring for one of these teams.

All eye on this match for some Monday action. Though early in the season Mourinho’s United need a win in this game. The media has been going all over the place and reports of feuds have been surfacing. The best way to shut up the English press is by having a good performance at Old Trafford. Jose Mourinho had a strong track record against the top 6 last year.

Spurs have had a good start winning both matches this season. This match is a good gauge on how the squad is really performing.

Last season had both teams taking a win at their home fields.