On Wednesday, March 6th the Canadian Elite Basketball League (CEBL) held their draft lottery to determine the order teams would select in the upcoming inaugural Entry Draft. The 2019 CEBL Entry Draft and U SPORTS Draft will be held on Saturday, March 16th but the results will not be shared publicly until Saturday, March 23rd. What we do know is that our Edmonton Stingers will have the 2nd pick overall. The draft will have 11 rounds with picks “snaking” through the rounds. That means that the Stingers next pick would be the 11th overall then 14th and so on.

The complete draft order for the first round of the CEBL Entry Draft is as follows:

With the focus of the CEBL being on giving opportunities to Canadians to stay and play in Canada, here is the formula the league will use throughout their draft:

“Round 1-4: Canadian Regional Rounds
The first four rounds of the draft will have a regional focus as CEBL teams will select only players from their respective territories, allowing each team to have a nucleus of players from its own region. Guelph, Hamilton, and Niagara must select players with specific ties to Ontario, Quebec, Prince Edward Island, Newfoundland and Labrador, Nova Scotia, and New Brunswick. Edmonton, Fraser Valley, and Saskatchewan must select players from Manitoba, Alberta, Saskatchewan, and British Columbia as well as the three territories, Yukon, Northwest Territories, and Nunavut.

Commencing with Round Five, the draft will open up for all teams to select players from any region of the world.

*Round 12-13: The U SPORTS Draft
The rising stars of tomorrow – these rounds will see teams select emerging Canadian basketball talent actively playing in U SPORTS programs across Canada

*The final two rounds of the CEBL’s inaugural entry draft will feature teams selecting exclusively from current U Sports players, with the intention to give Canadian professional basketball players the opportunity to develop their skills closer to home than traditionally found.”

With the way the draft is engineered, the Stingers will have first pick of all players Manitoba west. Stingers Coach Barnaby Craddock will have plenty of insight into the U Sports scene, and Canada basketball scene as a whole, as he is also the Head Coach of the University of Alberta Golden Bears. Those Golden Bears earned an “at-large berth” in the 2019 U SPORTS Men’s Basketball Final 8, hosted by the Dalhousie Tigers in Halifax beginning Friday, March 8th.

The Edmonton Stingers open up their inaugural season at the Edmonton Expo Centre on Friday May 10th hosting the Niagara River Lions. This is an exciting time for basketball in Canada, be sure to be a part of it! 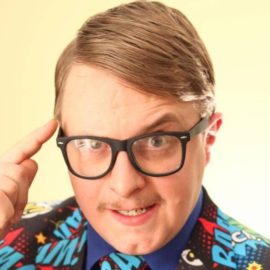