Conversations With Love 33 is LIVE!

Tune in for this week’s brand-new interview, featuring Albertan wrestling veteran The Irishman! Tune in and get the former MPW Heavyweight Champions thoughts on everything and anything in pro wrestling, including:

Calgary Flames Heating Up In First Half Of Season 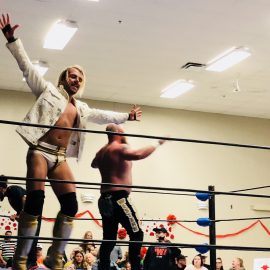