The Calgary Flames hosted the Pittsburgh Penguins on October 25th at the Saddledome and it turned out exactly as we all expected.

After sitting for two consecutive games, Mike Smith made a return to net with a 3.38 GAA and a 0.885 save percentage before this game, he had a lot of work to do in net to prove himself after David Rittich stole the show in the last two games. Travis Hamonic made his return to the blue line while Juuso Valimaki sat this one out. Derek Ryan also sat out this game.

Bill Peters, in his pre-game interview, explained that the Flames had some work to do on the offensive end and he hoped for more of a “shooter’s mentality” heading into this matchup. In the interview, Peters explained that “execution has been very hit or miss” lately and that the Calgary team will have to find more offensive chances against the powerful Penguins.

Let’s talk about T.J. Brodie. Demoted to the third pairing, he played with Michael Stone and Mark Giordano was paired with Rasmus Andersson. Last season, Brodie was placed on the wrong side on defense and he struggled under Glen Gulutzan. This season, Peters put him back on the proper side, but he still seems to be struggling to find his groove. I think he needs a bit more time. It can’t be easy to be put in an awkward position for the better part of a season and then have to switch back the following season. I’ll revisit this discussion in a month and we will see where Brodie is after he gets a little more comfortable in his position.

As for the game, October 25th against the Pittsburgh Penguins, it was…unexpected? Calgary started off on the right foot, with chances on net and an early power play, but they didn’t capitalize on their chances. They kept the pace against Pittsburgh in the beginning, but it fizzled out quickly and their defense looked less than adequate. The Flames best chance during the first period was when Mark Giordano made a sweet pass to Elias Lindholm who was in front of the Penguins net, but Lindholm couldn’t get enough wood on it and missed the shot. The refs missed a call on Letang who sent Matthew Tkachuk to the ice with a shot to the neck. Tkachuk went straight down the tunnel, but returned before the end of the period. After a weak call on Mark Jankowski for hooking, the game took a completely different turn. With just over five minutes left in the period, the Penguins were up 2-0, but the bleeding wouldn’t stop. With less than one minute left in the period, the Penguins would bury another one and the visitors were up 3-0 heading into the middle frame.

The second period was even worse than the first as Pittsburgh was clearly the dominant team. The Calgary defense looked shaky at best and non-existent at worst. Their blue-line presence seemed to disappear throughout the next 20 minutes and they didn’t return for the remainder of the game. Kessel and Hornqvist would each get two goals for Pittsburgh throughout the game, making the Flames defense look silly. Mike Smith was pulled and replaced with David Rittich around the halfway mark of the second period. Rittich did what he could for as long as he could, but the lack of defense in front of him would cost Calgary throughout the rest of the game. Rittich let in one goal in the second period and another two goals in the third, putting the nail in the coffin and finalizing the game with a 9-1 score for Pittsburgh.

Smith and Rittich were left all alone with absolutely no one anywhere near them to help defend the blue line, let alone the net. Smith was pulled, but it wasn’t entirely his fault. Did he let in a couple of softies, yes. And I’m sure he would love to take back those goals. But he could only do so much by himself and replacing him with Rittich, who let in three goals, proved that the defense needs a lot of work.

Dube was the only player to stand out in a game that was written off after the first period. With three shots on net and more energy than any of the defense pairings, he was the only player to finish the game with a +1 rating. Garnet Hathaway was a close second with a +/- of 0 and two shots on net. Every other player ended up with a negative rating. Noah Hanafin had five shots on net, and James Neal also had five shots on net, earning the only goal of the game for the home team. This was the only positive to come out of such an awful game. Shots on goal were relatively close and somehow favoured the home team, 39-36. The Flames offense showed head coach Bill Peters that they can, indeed, execute when they want to, but they seemed to forget about almost everything else. Peters, in his post-game interview, agreed that the team still has work to do.

“We need to be aggressive in the defensive end and we just didn’t execute.”

At this rate, the Flames need to get back to basics. There were times they could barely make a cross-ice pass to each other and the blue line was almost non-existent. With three chances on the power play, the Flames were ineffective. With the defending Stanley Cup Champs coming to Calgary on October 27th, the Flames have a lot of work ahead if they don’t want a repeat of the game against Pittsburgh. 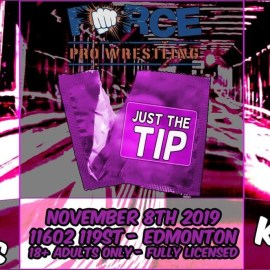