At the beginning of the season, few would have pegged the Nashville Predators to be the last team standing in the Central. With heavyweights like the Chicago Blackhawks and the Minnesota Wild dominating the conversation throughout the season, one of those two teams were likely atop just about anyoneŌĆÖs list to face off against the Anaheim Ducks.

However, the Playoffs are a different beast altogether, and those that survive are not always the team that looked the best out of the gate. Nashville for their part stumbled early, as they struggled to adjust to life without Shea Weber. P.K. Subban┬Āalso had a slow start in part because of an early injury, but by the time the playoffs opened, they were playing with confidence.

The Ducks, on the other hand, were always favored to come out of the Pacific. They have been the best in the division for several years running and always seem to rise to the top no matter who is chasing them, and no matter what kinds of struggles they face over the course of the first 82-games.

Anaheim as a whole, is largely the same as it has been in years past, except for the man in the blue paint. Frederik Andersen was traded during the off-season to the Toronto Maple Leafs, and John Gibson took control of the crease for the Ducks. Beyond that key change, the Ducks still heavily rely on Ryan Getzlaf, Corey Perry, and Ryan Kesler.

Last season, the Ducks and Predators faced off against one another in the first round as the Predators dropped into the Pacific via the wild card slot and surprised the Ducks, dispatching them to the golf course early, after a grueling seven game battle.

Without the element of surprise, can the Predators knock off the Ducks again, or will GetzlafŌĆÖs hot streak send Nashville packing before the big show?

The Anaheim Ducks have long been the dominant team in the Pacific division, and they are perhaps one of the most closely matched opponents that the Nashville Predators will face in this postseason. Both are heavy hitting teams with few weaknesses across their lineups.

For the Ducks, they will be hoping that Getzlaf remains hot. He has been their most dangerous player throughout the playoffs with eight goals and seven assists through 11 games. The one fault in the Ducks lineup is that their big forwards have been quite streaky on the score sheet.

Perry has struggled offensively with just two goals and seven assists. Kesler has also contributed a single goal and six assists. However, Jakob Silfverberg and Rickard Rakell have stepped up their production in a big way with the pair combining for 13 goals and eight assists.

On the back end, it is still uncertain if, or when Kevin Bieksa might be available, but the emergence of Shea Theodore (21) and Brandon Montour (22) has been a welcome surprise for the Ducks. The team already had impressive depth on the blue line with veterans Sami Vatanen, Hampus Lindholm, and Cam Fowler, but as we have seen many times over in the playoffs, it never hurts to have depth on the blue line.

John Gibson is the last piece to this puzzle; the Ducks sent their top netminder in Andersen, off to the Leafs, making clear their intent to hand over the crease to Gibson.

Gibson has had some impressive playoff moments in his young career, bursting onto the scene in an emergency situation just three seasons ago at 20-years old. Prior to his four postseason starts (2-2) that spring, Gibson had appeared in just three NHL contests (3-0). GibsonŌĆÖs career stats are a .922 save percentage (SV%) and 2.22 goals against average (GAA).

Of all the teams that these Ducks could have drawn up against, the Nashville Predators will perhaps provide the most intrigue as the two teams each bring a level of physicality that has caused fits for every team they have faced thus far.

The one place the Ducks may be able to use to tilt the ice in their favor is the faceoff dot. Getzlaf, Kesler and Antoine Vermette have dominated throughout the postseason.

If they can start with possession, they might be able to dictate play and control the matchups which would undoubtedly throw off the Predators since that is exactly what they have been doing to opponents. However, the Predators donŌĆÖt possess a faceoff specialist quite like Vermette, and even Getzlaf and Kesler may be a step above the best triggermen the Preds can roll out.

That is perhaps the one advantage the Predators may not be able to counter.

The Predators were a surprise as they had a somewhat up and down season as they tried to find their identity without longtime captain Weber. In addition, they added a big personality in Subban, which can take some getting used to. At the end of the day, the Predators probably won that trade with Montreal, but it was not without a few hiccups along the way.

Nashville flew under the radar as they came out of the gates slower than everyone anticipated, but when the postseason opened, they went straight for the jugular. First, they took out the Blackhawks who looked like they were skating in quicksand against the speedy Preds. Then they went about dismantling the St. Louis Blues.

The Predators attack is highly effective in part because of their physical style of play, so it will be interesting to see how that works for them in this series when faced with an equally imposing adversary.

If the Ducks can use the faceoff dots to their advantage as they have in previous rounds against Edmonton and Calgary, it may neutralize the Predators ability to dictate play and create more favorable matchups for themselves.

They will undoubtedly continue to roll with the trapping defense through the neutral zone, and that will likely still be effective, but the Ducks have the size and skill to force their way through the zone. Thus far the Predators have faced the smaller, and not so physically inclined Blackhawks and the Blues who rely a bit too heavily on Vladimir Tarasenko.

With that in mind, the Predators could have their hands full with a team that is unlikely to be deterred by brute strength, as they kind of wrote the book on it.

The Predators back end is loaded with Subban,┬ĀRoman Josi, and Ryan Ellis, each providing some offensive spark, and Mattias Ekholm rounding out the top two pairings. Ellis and Josi have been a dynamic duo for much of the season and Ekholm is a stay at home defender with Subban contributing across the entire ice surface with the free-wheeling style that he has been known for throughout his career.

In addition to their solid defensive pairings, there are a number of young forwards that could give the Ducks fits. Filip Forsberg (22), Viktor Arvidsson (24), and Ryan Johansen (24) have each contributed throughout the postseason. Arvidsson and Forsberg started off strong in the first series but cooled off against the Blues, so they will be looking to get back on track quickly after a long break (5 days) between rounds.

The Predators have gotten the bulk of their offense from the back end with Josi and Ellis providing eight goals and nine assists between them. And Johansen has been the shot in the arm that Nashville hoped he would be when they traded for him last season, as he lands in the middle with two goals and seven assists.

But there is no shortage of firepower on this Predators roster with Mike Fisher, Colton Sissons and James Neal who can also light the lamp with some regularity.

But, the real story for the Predators this postseason hasnŌĆÖt been the frequency with which they have been able to light the lamp, but more how well goaltender Pekka Rinne has been able to extinguish the one behind him.

Rinne had presumably been on the wrong side of his best seasons for several years. He was lights out when he first came on, but a series of injuries seemed to hamper his play in recent years, and many felt he may never get back to form. Well, that storyline has been effectively flushed down the toilet because Rinne has been superb through two rounds.

Rinne carries a .951 SV% and a 1.37 GAA into the Western Conference Finals and has already delivered two shutouts in just ten appearances so far. If there is one player on either side that can essentially upend the playing field and permanently tilt the ice in their favor, it is Rinne.

If he comes out looking like he has in the previous two series, the Ducks could do everything right and still lose.

The Ducks will be coming off a single day of rest and kicking things off on home ice where they dominated during the regular season, and neither team was exceptional on the road this year. That home ice could be a bigger factor here. But, weŌĆÖve seen plenty of teams in this postseason come in and own the home team in front of hostile crowds already.

The big question is whether the Ducks will be able to carry their momentum forward, or will the Nashville Predators fresh legs prevail. As skaters go, fresh legs are probably the more favorable, but a long layoff can be the kiss of death for a netminder. Only time will tell.

Each team has a significant injury with Bieksa out for the Ducks and Kevin Fiala out for the Predators. While Bieksa could return at some point, Fiala is out for the remainder of the postseason after breaking his leg in the series against the Blues. Both teams have enough depth to absorb these losses, provided they can stay healthy through what is likely to be a very physical series.

With these teams being so well matched it is a really tough one to call, but after a five-day layoff, there is likely to be an opportunity for the Anaheim Ducks to get at Rinne.

The Ducks will have no problem landing in the no-fly zone right in front of the Preds netminder. Both Chicago and St. Louis failed to get bodies in front of Rinne perhaps making his job a little bit easier; the Ducks are unlikely to make the same mistake.

Finally, while the Predators have enjoyed being the physically dominant team in the Central, they are about to come up against their bigger, meaner counterparts in the Ducks.

If Getzlaf stays hot, Perry and Kesler out-pest Subban and Vermette continues to dominate on the face-off dots; having just exorcised their Game 7 demons, the Ducks will outlast the Predators.

WE HAVE EXORCISED THE GAME 7 DEMONS!

We win, 2-1, in #Game 7 and move on to the Western COnference Final! #LightThatLamp pic.twitter.com/gygSFjaphA 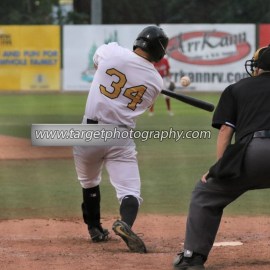