The Show of Shows has come and gone, and the landscape of Smackdown Live has drastically shifted. Charlotte Flair ended Asuka’s legendary undefeated streak. Both the United States and Tag Team Championships changed hands. Perhaps most importantly, we now get a rerun of the fabled Jinder Mahal/Randy Orton feud of 2016, this time over the U.S. Championship.

There were also major developments along the main event scene on Sunday, as Shinsuke Nakamura appeared to turn heel after his match with AJ Styles. As well, Kevin Owens and Sami Zayn remain fired from WWE after losing their match to commissioner Shane McMahon and the returning Daniel Bryan. Do we see the general manager leave his position to return to the ring full time? Will McMahon still be taking his previously-announced leave of absence?

Even on top of the WrestleMania results, WWE has been drastically altered after last night’s R.A.W. RAW. Talents such as Ember Moon, Bobby Lashley and - inexplicably - No Way Jose are now off the Smackdown draft board after being called up or returning to the flagship show last night. Do we see any debuting or returning Superstars tonight?

It’s the Smackdown After WrestleMania, and there’s lots of questions to be answered - so let’s skip the small talk and get to it!

After years of hype, WWE fans were finally treated to AJ Styles vs Shinsuke Nakamura at WrestleMania this year. While some have their complaints about the match, I personally enjoyed it - but was far more interested in what occurred following the match. The two embraced post-match in what appeared to be a celebratory moment, but Nakamura shocked the wrestling world with a low-blow to Styles and a post-match beat down. It finally gives a story to what had only been advertised as a dream match prior to this moment, and gives the King of Strong Style some direction following what was a lukewarm first year on the main roster. I’m excited to see where this feud goes - and it all begins tonight.

While I’m excited at the prospect of a continued Styles/Nakamura feud, I’m much less excited about the state of Smackdown’s secondary title, the United States Championship. As I’d predicted on Fry and the Guy this week, Jinder Mahal pinned fan-favourite Rusev (of Rusev Day fame) to win the title at the Show of Shows. While it gives Mahal some genuine heat, it also means that we get to extend his god-awful feud with Randy Orton. It sounds about as appealing as a Curb Stomp to cement, but I digress. Hopefully, we’ll get the rematch tonight to pave the way for the Viper to slither over to Monday night’s. Oh, Bobby Roode is also somehow involved, but there’s really not much else you can say than that.

Charlotte Flair has become WWE’s version of Brock Lesnar, but fortunately she still appears every week. After over two years of being undefeated, Asuka‘s Streak came to an end at WrestleMania at the hands of the Queen. It firmly establishes Flair as the most dominant woman in WWE today and begs the question - who’s now ready for Charlotte? Expect developments building towards her next challenger tonight.

The Bludgeon Brothers firmly, well, bludgeoned both the Usos and the New Day to acquire the Smackdown Tag Team Championships on Sunday. The Usos will likely receive a rematch at Backlash - if not at The Greatest Royal Rumble - but will we see new challengers step up tonight?

As mentioned in the introduction, there’s a ton of potential for NXT call ups on tonight’s episode. The Authors of Pain, Ember Moon and No Way Jose all made their Monday Night RAW debuts last night, making it unlikely we see any of them appear tonight. However, a few intriguing names are still on the market, such as former NXT Tag Team Champions SAniTy. The faction is stagnant on the third brand after losing their championships to the Undisputed Era, but all four members are primed for a main roster promotion. Nikki Cross, especially, could be a huge addition to a fledgling women’s division.

There’s also a chance we see former NXT Champion Andrade “Cien” Almas appear on tonight’s episode. While still technically owed a rematch for the NXT Championship against Aleister Black, the reaction to his debut at January’s Royal Rumble was enough to have this writer excited for El Idolo’s imminent debut. Besides, he could be a package addition, and I’m not talking about his manager Zelina Vega. Another former NXT titleholder made it clear that he was coming for Cien - could we see Drew McIntyre appear for the first time since his injury? We can only hope!

That’s it from me! As always, let us know your thoughts on tonight’s show by tweeting us at @WCSportsCA or in the comments section below! 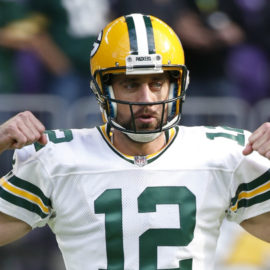