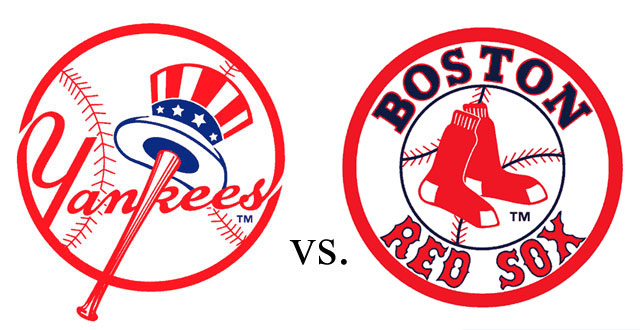 The beginning of the 20th Century was one which predominantly belonged to the Boston Red Sox, known from 1901 until 1908 as the Boston Americans, winning five of the first fifteen World Series contests. The New York Yankees would not appear in the Fall Classic until 1921, interestingly, a little less than two years from the fateful day of December 26th, 1919 when the Red Sox would trade George H. Ruth, known affectionately as “The Babe” or “The Sultan of Swat”  to New York for $25,000 cash.

The trade would spawn what was long known - 86-years long -  around all of baseball, as simply “The Curse of the Bambino,” a superstition revolving around the inability of the Red Sox to win another World Series. Meanwhile, the Yankees would go onto win 27-World Championships, sixteen more than the second place team St. Louis Cardinals who have eleven.

Heck, the Red Sox could be linked in helping the Yankees form the single most feared team, the 1927 Yankees often referred to as Murderer’s Row, with maybe an unparalleled starting nine, anchored by Lou Gehrig (.373/47/173) and Babe Ruth (.356/60/165), you know, the guy who played for the Red Sox and set a single season Home Run record that would last for forty-four years.

Through the years, the Red Sox and Yankees would battle, having rivalries throughout the decades. Ted Williams would hit .406 in 1941 for the Red Sox and in the same season Joe Dimaggio would hit in 56-straight games for the Yankees, a record still held today.

In 1961, Roger Maris would hit his 61st Home Run, breaking Babe Ruth’s record, hitting it on the last day of the season against ironically, Red Sox pitcher Tracy Stallard.

The 70’s had their share of highlights, but most notably bar room type brawls. Meanwhile, Thurman Munson and Carlton Fisk were battling for American League catching supremacy, both Rookie of the Year winners in 1970 (Munson) and 1972 (Fisk), respectively.

The 80’s had another Red Sox/Yankee duel between Wade Boggs and Don Mattingly but in the batting box, both Silver Slugger recipients on opposing corners of the infield.

The 90’s was the battle of the shortstops: Nomar Garciaparra and Derek Jeter.

The early 2000’s in 2003 and 2004, the Yankees and Red Sox played two back-to-back epic American League Championship Series. One ending in heartbreaking defeat for Red Sox fans everywhere but exhilarating joy to Yankee fans, who continued their dominance with an extra inning walk-off by Aaron Boone off of Tim Wakefield in the Bottom of the 11th.

The Red Sox would get redemption the following year, turning the tables, coming out of a historic 3-0 deficit to rally back in 4-games in row to defeat and complete one of the most amazing comebacks in sports history.

Fights were not left just to the fans in the stands. There were a number of epic battles on the field. What about the Carlton Fisk and Thurman Munson collision at the plate in ’73? Although a more memorable collision might have been between Lou Pinella and Fisk, which ultimately became a brawl extended between Bill “Spaceman” Lee and Graig Nettles.

And who can forget that one fateful July afternoon in 2004 when Jason Varitek and Alex Rodriguez went Mano A Mano.

However, many people forget Bill Mueller was the star of that game, who hit a walk-off homer off of the unflappable Mariano Rivera.

After a cooling off period in the Yankees and Red Sox heated rivalry, each winning a World Series in the last eight years, could what many consider the greatest rivalry in sports be renewed? With up and coming and emerging superstars Mookie Betts, Andrew Benintendi and Jackie Bradley, Jr. with the RedSox, Gary Sanchez and Aaron Judge for the Yankees the heat is being turned up again. How about match-ups between Chris Sale and C.C Sabathia and Drew Pomeranz against Luis Severino?

Two teams in the thick of the AL East race with a pivotal 3-game series in New York, anchored by two of the top closers in Craig Kimbrel and Aroldis Chapman. The Yankees are ahead in the series, but the teams are tied 2-2 since the second half began including a 16-inning marathon of a game.

The Red Sox acquired Eduardo Núñez at the trade deadline to bolster their infield and he has stabilized their lineup. He has driven in 12, batting .422 and an OPS of 1.269 since arriving in Beantown. Oh, and did I mention he has a history with the Yankees?

The Yankees acquired Sonny Gray from the Athletics to add quality starting pitching depth. He gave them a quality start in his first appearance in pinstripes, going 6 innings, while surrendering 2 earned runs and 4 overall.