Former WWE/WCW star and wrestling legend Psicosis is being heralded as a hero following a life-threatening car accident en route to Kirkland Lake, Ontario. The legend was travelling with fellow wrestler Robin Lekime and Canadian Wrestling Elite promoter Danny Duggan when their car was involved in a single-vehicle collision.

Before anything, thank you Robin Lekime and thank you Psicosis. You saved my life. Literally. If I say nothing in public ever again. Thank you. Thank you forever.

Regardless of being traumatized, still in complete shock, beyond mentally and physically exhausted and in an ungodly amount of pain I would not have the luxury to be typing this as we speak or communicating with any of you ever again if it weren’t for those two superheros.

I just checked out of the emergency room and my inbox is already flooded with what appears to be countless questions, concerns, and a lot of care which is no surprise as word travels fast in the wrestling world so with us being literally in the final hours of our 38 event anniversary tour and debut event in Toronto and me not only going to be off the grid due to the physical must and need to rest, not nearly being enough time or me physically having the ability to respond, but also having my vehicle and cell phone destroyed my access to the digital world will likely be at minimum to non existent the coming days so I am hopeful to offer some quick insight to hopefully create some understanding to those in Kirkland Lake last night,and Toronto tonight but most importantly answer any questions and leave some comfort with my friends, family, and fans that they do not need to stress or worry.

Early today (Wednesday) Robin Lekime, Psicosis, and myself were involved in a near fatal car accident on an Ontario highway that has all of us lucky to be alive right now.

While on the road from Sudbury to Kirkland Lake, Ontario we were faced with some beyond brutal winter and wet conditions that saw many vehicles in the ditch and plenty just avoiding joining them. The highways were beyond icy and not allowing for much traction, if any.

“The Belgian Bull” was kind enough to man the wheel, something I rarely pass off in my own vehicle but with the need to get some loose ends tied up for the show later that night we switched spots.

Kirkland Lake was the destination but Mother Nature had other plans.With it being a one lane highway it becomes incredibly dangerous driving behind a semi in those conditions as it douses your car in rain and wet snow from its tires.

Looking to get out of this situation he waited until it was long and clear in the on coming lane to pass the truck but unfortunately we never got that far as the second he crossed the median, well before even excelling passed the truck the tires hit sheer ice and instantly started spinning my Monte Carlo in circles down the highway in the oncoming lane and instantly into the steep ditch where the velocity and depth narrowly missed a street sign before rolling over (i’m not sure if it was once or multiple times before crashing down upside down for the landing.

From here I remember after the initial crash having a split second to realize we are not only upside down but fully in a body of water. Panic sets in as you are hurt, upside down, can’t get your seat belt off and have no idea how to escape.

Literally in what had to be less than a split second I am almost completely underwater with just my nose, mouth, and surface of my face above water trying to breathe. I remember screaming in urgency that I was stuck and couldn’t get my belt off. Then something awful happens. In what felt like weight shifting in the entire car in what was either one of the boys getting out of the car or trying to get at me, now completely forces my side of the vehicle and me COMPLETELY under water.

The fight for my life was on as I am now desperately trying to get my head above water but there is no above water in that space and I’m literally grabbing anything and anywhere trying to post my head up and survive all while still fighting with this seat belt. The same seat belt that saved my life was now turning heel and costing me it.

I was stuck and quickly running out of air and had the realization and the hard reality as I was suffocating that “I am going to die. This is it”. As I was continuing to fight I felt someone put pressure on the seat. I believed it to be Psicosis from the mumbles I can hear under water. This offered JUST enough room for me to catch shorts breathes for what felt like seconds as i kept struggling in and out of water.

By no means do I consider myself a “tough guy” but I have been a few car accidents before, been in some bad fights, and have had scary situations like a “stinger” in a few matches where you get dropped on your head and lose feeling briefly in your hands and feet but never in my life have I felt the sheer terror of feeling completely helpless from the certainty that I was about to die. The most terrifying emotion I have ever encountered.

From here it is still a bit of a blur as I started to lose the ability to breathe and head back under water with my body physically giving up against the pressure of being under water unable to breathe.

I swear to god. What you always see in movies with your life flashing before your eyes is very real. Very fn real. As my struggle became weaker and weaker I no longer saw my surroundings but simply my smiling, beautiful baby, daughter as I started to cry under water at the vision of her and even now as I type this that I wouldn’t get to see her again, or see her grow up, and that she would have to grow up not really knowing or having a dad or the family she deserves. I’m crying again just replaying it as I type it. Literally the worst feeling I could ever imagine and one I couldn’t wish on anyone.

From there it is mostly a blur. I am not sure if I was unconscious or just in a state of shock but I have a very vague remembrance of Psicosis and Robin communicating to me as I was laying what felt like motionlessly in the ditch with my legs still in the water but drenched in water head to toe, shivering and unable to move.

I sort of remember coming to in the ambulance after I was heated up but being in what had to be a state of shock it still hasn’t all come back to me. I just remember feeling “ok” with the doctors but once the adrenaline wore off it hit me like a ton a of bricks. Both physically and mentally.

It was very clear very fast I was physically in a bad way and I went from “everything is fine” at the hospital to having a complete panic attack and mental break down once I was put in the tight space for an MRI and told to hold my breathe on multiple occasions. Reality hit and I broke down. Bad.

After running tests and blood work I have been released after a lengthy stay in North Bay. I’ve got a severe concussion, my head is swollen, my legs are smashed and beat up pretty bad, likely due to sitting so close to the dash but nothing majorly damaged, some very severe and deep lacerations, cuts, and chunks of skin gone on my scalp, ear, legs, arms, and my hands being mangled and bloody pretty bad. And a whole lot of pain throughout my back and body.

But I am alive. We’re alive.

Psicosis and Robin luckily managed to escape with what appears to be so far only some cuts and bruises. Hopefully nothing more.

“They” say having a child will change your life and it was never any more true today as her life seemed equally as a part of fighting for my own. Even when checking into the room just now I had a video of Isla waiting for me after Chelsea got the call with the biggest smile, eyes, and laughter, which of course just broke me down emotionally again at the thought of this beautiful, innocent little angel having her whole life and world turned upside down not knowing why and the thought of Chelsea and the life altering struggle it would be raising Isla on her own without her dad. That is a powerful and devastating thing to think about I can only pray I never have to think about it ever again.

As of right now my vehicle is completely destroyed, my cell phone completely destroyed, some money and cheques destroyed by water and vehicle damage and I am even walking the streets now without shoes and a sweater with having this happen so far from home so please be patient with me if you don’t hear back from me as like I mentioned earlier I physically do not have the resources to communicate in some areas and am in a great deal of mental and physical unrest as I try to digest all of this and get my life sorted out.

It will be a game time decision if I am in Toronto for the CWE debut tomorrow as I am not sure how much my physical situation will change from now until then when I get up after some much needed sleep but CWE will be there and will be debuting with an incredible show either way so please, please, please support these guys on their 38th straight and final night on this history making tour. They earned it!

Will keep everyone posted as things develop.

With love & gratitude for you all.

A GoFundMe has been set up in order to raise funds for a new car for Duggan.

The WCSN will continue to keep you updated on the developing story. 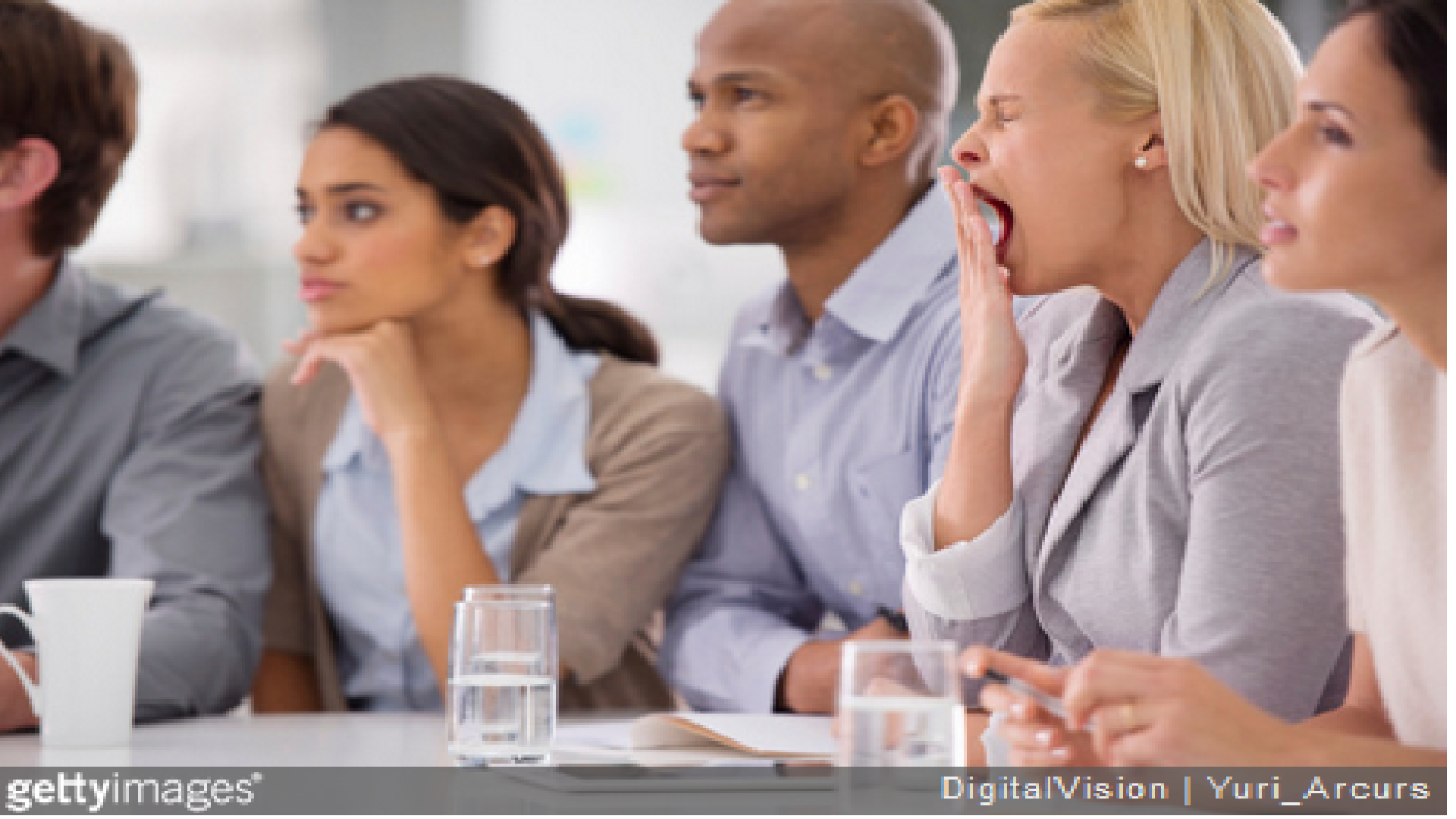