The final day of the NHL regular season is this Sunday, April 9th. Of 16 teams who earned their right to prolong their season by making the playoffs, 8 of them have absolutely nothing at stake this weekend. For example, the top three teams in the Metropolitan Division - - the Washington Capitals, Pittsburgh Penguins and Columbus Blue Jackets - - cannot move up or down in the standings. The Capitals do not even have to worry about their first overall seeding in the conference over the Atlantic Division leading Montreal Canadiens. So here is my plea to these teams - do not bluntly admit it if you are going to rest some of your star players!

The NHL is comically known for listing a majority of their injuries as “upper-body injury”, “lower-body injury” or “undisclosed injury”. Here’s hoping that does not change this weekend. The jokes incurred at the way the NHL lists their injuries are better than the jokes incurred by the NBA for the “resting” of their stars. You do not even have to follow the NBA that closely to know of the Cleveland Cavaliers resting LeBron James. Please do not go the route of the NBA! Please just keep being vague with injury reports.

So if the Washington Capitals wish to hold Alex Ovechkin out of their final road game of the season on Saturday versus the Bruins, because you know if he is going to miss a game it will not be the final home game on Sunday, please tell us a white lie such as “undisclosed injury”. This white lie would be taken no differently than visiting a friend in the hospital recovering from major surgery and telling them they look fine when they ask you how they look. They know you are lying, you know you are lying, but it is the right thing to do.

Sure you can argue the righter thing to do is just play the damned game but maybe the person being the most selfish is not the player taking a day off, it is the fan demanding a player play a meaningless game right before the intensity ramps up a hundred fold. Before you go off on tirade about how it is the players job to play, and bring up the fans paying their hard earned money to see the star player on the ice and not in a suit in the press box, ask yourself one question…

If you were guaranteed your team would win the Stanley Cup if it rested their top player on the final day of the regular season, would you turn it down?

I didn’t think so. 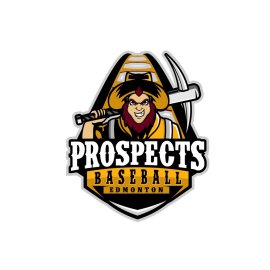 The Gridiron to the Squared Circle: Successful CFL-to-WWE Transitions