Throughout the 2018 NFL Offseason, we’ll be releasing positional rankings along side our mock drafts. 2017 was a frustrating year for Tight Ends, with a lot of big names going down and the remaining being overall unpredictable week to week. What does the future hold for the TE position? Will Gronkowski actually retire in 2018, opening the door for others to be TE#1?

These rankings do not include possible retirements or rookies that may be drafted in 2018, and are based on current 2018 mock draft ADP’s.

Gronkowski will remain #1 until he retires, simple as that. Not many people in the NFL require an entire game plan to stop them. Gronkowski is one of those people, and when he’s healthy he is virtually impossible to defend.

After the Super Bowl loss, Gronkowski stated that he’s going to take the off-season to evaluate if he wants to keep playing football.

Kelce is establishing himself as the TE#2 in the league. He finished 2017 with 1,038 receiving yards, which placed him second in the NFL behind only Gronkowski.

2018 will be an interesting year for Kelce as he’ll play his first full season without Alex Smith feeding him the ball. Draft Kelce with confidence, knowing he’ll be a top 3 tight end.

Zach Ertz’s ADP is an entire round behind Kelce’s and I honestly don’t think there is much of a difference between the two to warrant that. While I rank Kelce higher, Ertz has a lot of upside in the Eagles offense. Wentz likes to throw him the ball frequently, especially on third down and short.

If you’re one of the players that is worried about Kelce with a new quarterback, drafting Ertz in that spot won’t hurt you too much, if at all.

Just like how I disagreed with the ADP of Ertz, I think Olsen is ranked too high compared to the other three. He’s comfortably my fourth ranked TE, but injuries in 2017 and a passing offense that likes to look to CMC on short downs worries me that Olsen’s future use is going to go down. I’m hoping for a bounce back year for Olsen, as I’d like to see him remain in elite company.

Delanie Walker finished fourth in receiving yards with 807 but the big difference maker between him and the top three is his TD’s. Walker finished the season with 3 TD’s compared to Gronk, Kelce and Ertz’s 8 TD’s.

His lack of TD’s can probably be linked to Tennessee’s run offense. The Titans finished with more Rushing TD’s (18) than Passing TD’s (14). Expect this trend to continue, leaving Walker just out of elite company.

I’m going with the consistency here. There’s a lot of TEs that are clumped around this range, but Henry is the only one that knows who his QB is next season. Henry only played 56% of snaps in 2017 but surely that will increase with HoF TE Antonio Gates accepting a lesser role or even moving on from the Chargers.

Henry will be a TE of the future, and having him on your roster this year could be a difference maker.

Kyle Rudolph is inconsistent at best, and that’s what drags him down in the rankings. In 2016, Rudolph posted 840 yards on 83 catches for 7 TD’s, remarkable numbers. However, in 2017 he slowed down catching only 56 passes for 529 yards, though he did manage 8 TD’s though.

Draft Rudolph in the middle rounds (7,8) and hope for him to play up to his 2016 level, which would be a steal.

Graham will more than likely be playing for a different team in 2018. As a Seahawks fan, I’ll miss him in Seattle, but we didn’t use him as much as we should have. Graham will be looking for a big day and some hint the Patriots would be a good landing spot for him.

Fact of the matter is Graham’s draft ADP could be widely different if he chooses to chase the money and go somewhere with a terrible offense. If he stays in Seattle, lands on the Patriots or any other contender, expect Graham to finish the season as one of the best TEs.

Doyle has the potential to have a complete breakout year if Pro Bowler Andrew Luck ever plays a down of football again for the Colts. Even if Luck comes back, I’d expect Doyle to fall to the 7th and if available, I’d draft him with confidence.

Evan Engram for all intents and purposes was thrown into an increased role in the Giants offense due to the injuries at WR.

Engram was on the field for 72% of the Giants offensive snaps in 2017, not bad for a rookie. Raking in 64 catches for 722 yards and 6 TDs. Expect Engram to continue being a playmaker in 2018 as he’s one of the fastest TEs in the NFL.

Jordan Reed (too many injuries, simply can’t trust him anymore), Tyler Eifert (same deal), Charles Clay (I really like him in Buffalo’s offense, just not enough upside to break into top 10)

Do you have your favorite player higher or lower on the list? Join the discussion on Twitter HERE 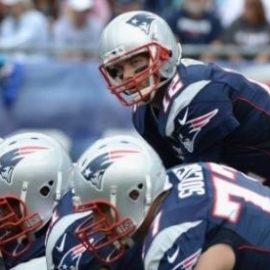 How They Can Win: NFC/AFC 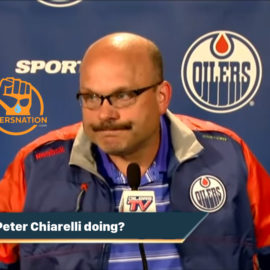 Peter Chiarelli, I Believe No More