Playoff hockey has returned to Edmonton! You will understand why I did not use that as my title when you realize the article is about the Edmonton Oil Kings not the Edmonton Oilers. Let’s not hate on the NHL club, let’s love the WHL club!

The Oil Kings capped off the 2013-14 season winning the Memorial Cup. In the WHL there is a pronounced cycle - struggle, grow, succeed, lose players, struggle, grow, succeed. After the Memorial Cup victory, the team lost 4 out of 5 of their top point producers in Henrik Samuelsson, Curtis Lazar, Mitch Moroz, and Cody Corbett plus key defenseman Griffin Reinhart. The Oil Kings still made the playoffs in the 2014-15 season but the struggle/growing period to the bottom was in full bloom culminating in a last place in the Eastern Conference in 2017-18. Saturday March 2nd, the cycle officially switched to grow/succeed with a playoff clinching 7-1 win over the Brandon Wheat Kings. The win ended a three year playoff drought.

The playoffs are clinched but seeding is still up in the air. Currently, the Oil Kings hold first place in the Central Division. The lead is only two points over the Lethbridge Hurricanes, who are kicked out of their home barn from March 30 to April 7 due to the 2019 World Men’s Curling Championship. The Calgary Hitmen sit 3rd in the Central 8 points behind and with a game in hand. Three out of the five remaining games on the Oil Kings schedule are against the Hitmen. Division rival Medicine Hat Tigers and Red Deer Rebels occupy the two Wild Card spots. The EOK pay a visit to Red Deer on March 12th. The only threat from the East Division to steal a Wild Card spot from the Central are the Wheat Kings. The Wheat Kings sit two points behind Red Deer with a game in hand.

The only game left on the Oil Kings docket not already mentioned is the definition of a “trap game”. The Kootenay Ice toil second last in the conference with a move to Winnipeg happening next season. The Ice will have nothing to gain or lose by playing the spoiler role. They are young men being asked to handle a very difficult situation.

If the Oil Kings hold on to first they will face the team that finishes with the first Wild Card spot (7th place overall). The Prince Albert Raiders long ago wrapped up the number one spot overall giving them the right to the number 8 seed. The Oil Kings won the season series versus the Tigers 6-1, their only blemish in the Hat. With a game to go against the Rebels, the Oil Kings hold a 4-2 lead in the season series. If Brandon gets hot and makes the Wild Card, the Oil Kings went 3-1 against them. If the Hurricanes wrangle first place away from the good guys, the Hitmen are the most likely first round opponent. Heading into three games in two weeks, the Capital City boys led the season series 4-1.

The final game of the regular season goes on St. Patrick’s Day. No matter how the dust settles on the season, the playoff party starts everyone in Edmonton is invited! #FearTheRoar

Some Love For The Oil Kings 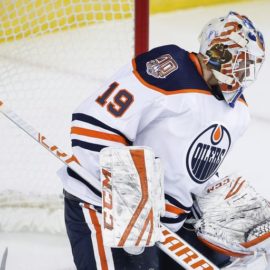 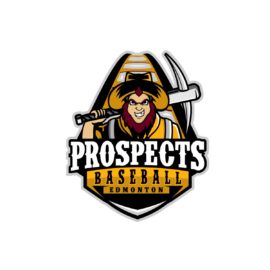