Fantasy Football is a popular, rapidly increasing game among friends, co-workers or even complete strangers. Fantasy Football is a point-based game based on the NFL. Users will select rosters of players consisting of Quarterback, Running Backs, Wide Receivers, Tight Ends, Defences & Kickers. Your selected roster will gain points based off performance on a week-to-week basis in the NFL; in most formats, you will be playing against somebody else head-to-head.

There are three main formats for playing Fantasy Football. We’ll go over all three of them so you can find the play style that fits you.

By far the least common of formats we’ll be covering today. Dynasty Fantasy Football leagues are usually long-term leagues between friends or co-workers. In a dynasty league the roster you select in year-one will be your roster every year moving forward. This is different from the much more common re-draft league where you draft a new roster every year.

Instead of having a draft every year picking new teams, dynasty leagues will have a rookie draft as rookies get drafted into the NFL every year. Building your dynasty league roster is all about balancing the present for the future. If your team is having a good season, is it worth it to trade a young prospect for somebody that’s in a more prominent role?

I’ve never played in a dynasty league myself, as they don’t really appeal to me. It’s an interesting format that would be ideal to test out in leagues where you know all the members to protect the longevity of the league. It can be hard to find replacement owners because of convincing them to inherit a roster they didn’t build.

Just like standard redraft leagues, dynasty leagues can be operated on most websites as porting rosters from previous seasons is a common feature.

Redraft leagues are by far the most popular - and what many would consider the standard - format for Fantasy Football. Re-draft leagues will draft a new roster before every NFL season, usually in mid-August to early-September. There are many different variations of re-draft leagues and one that is becoming increasingly more popular especially among leagues that stick together is keeper leagues.

A keeper league works exactly like a re-draft league except, for the fact you get to keep a certain number of players from your previous team. For example, if you were one of the lucky owners to draft Alvin Kamara in the 12th round last year, you’ll get him in the 12th round this year making him an extremely valuable pick. Keeper leagues that are drawn out from year to year require more micro-managing because again, you must outweigh the pros and cons of trading somebody with keeper value. Trades don’t necessarily impact the league for one year.

Re-draft leagues are the most common for people that don’t have structured leagues among friends or co-workers but still want to compete every year. Websites like Yahoo allow for public money leagues where you can wager a small amount of money ($20-$1000) to compete against other owners without worry of your money being scammed or not paid out.

If you’re just getting into Fantasy Football and haven’t committed to playing it long-term, a re-draft league is probably your best option to learn.

Daily fantasy sports - whether it be football, basketball, hockey or baseball - is becoming one of the fastest growing industries in the world. Money spent on daily fantasy entry fees has gone from near $0 in 2011 to over $3.3 billion in 2017. An industry we expect to keep growing as legislation over the federal ban on single-game wagering in sports has been stricken down. That’s right, if you live in America you can now safely bet on sporting events.

There are a few options when it comes to betting on daily fantasy sports. Unlike the previous formats mentioned where you draft a team of players, you’re allocated a set budget that you must build a roster of players out of in most variations of DFS. Players will have a pre-determined value based on their expectation that will draw from your budget to place into your lineup.

In most formats you’ll be going against hundreds, even thousands of people in what is called a tournament. For example, DraftKings currently has a PGA Golf tournament on with a $20 entry fee and $3 million dollars in total prizes. You’ll also be playing against 176,400 people though. As you can see, daily fantasy sports have potential to be extremely lucrative. However, it is gambling so only wager what you’re willing to lose. 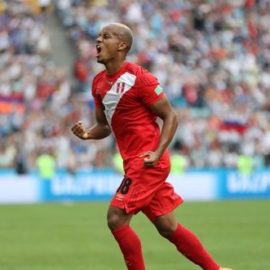