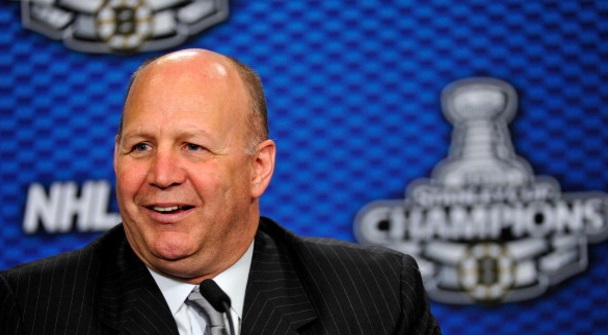 Last Tuesday, the Boston Bruins unceremoniously fired Coach Claude Julien, ending a decade long tenure with the organization. The only Boston coach/manager treated with less class in recent memory was Terry Francona, ex-manager of the Red Sox, who was let go amid a chicken-and-beer collapse of epic proportions in 2011, and accused of being addicted to pain killers, which was rumored to have led to his less-than-stellar performance.

How did the Bruins organization thank Julien? Fired him the day of the New England Patriots Super Bowl parade and held a press conference during said event. Cowardly.

However, as most thought, the veteran coach, who led the Bruins to two Stanley Cup finals, winning one in 2011 and the all-time franchise leader in wins with 419, would not go long without a job. Although, no one could have imagined it would be to the Bruins rival, the Montreal Canadiens. Karma?

This is like dumping your girlfriend and she starts going back out with her Ex and you’re still paying for her car. No awkwardness here, right? But what great theater this could make. Montreal just got drubbed by the Bruins 4-0 under interim head coach Bruce Cassidy, and their answer was same as Boston’s, must be the coach.

Here’s hoping the Bruins and Canadiens make the playoffs and match-up against one another in the first round and Don Sweeney and Cam Neely eat crow. The rivalry of two of the original six, just got some gasoline thrown on the fire. Habs versus Bruins, a rivalry renewed.